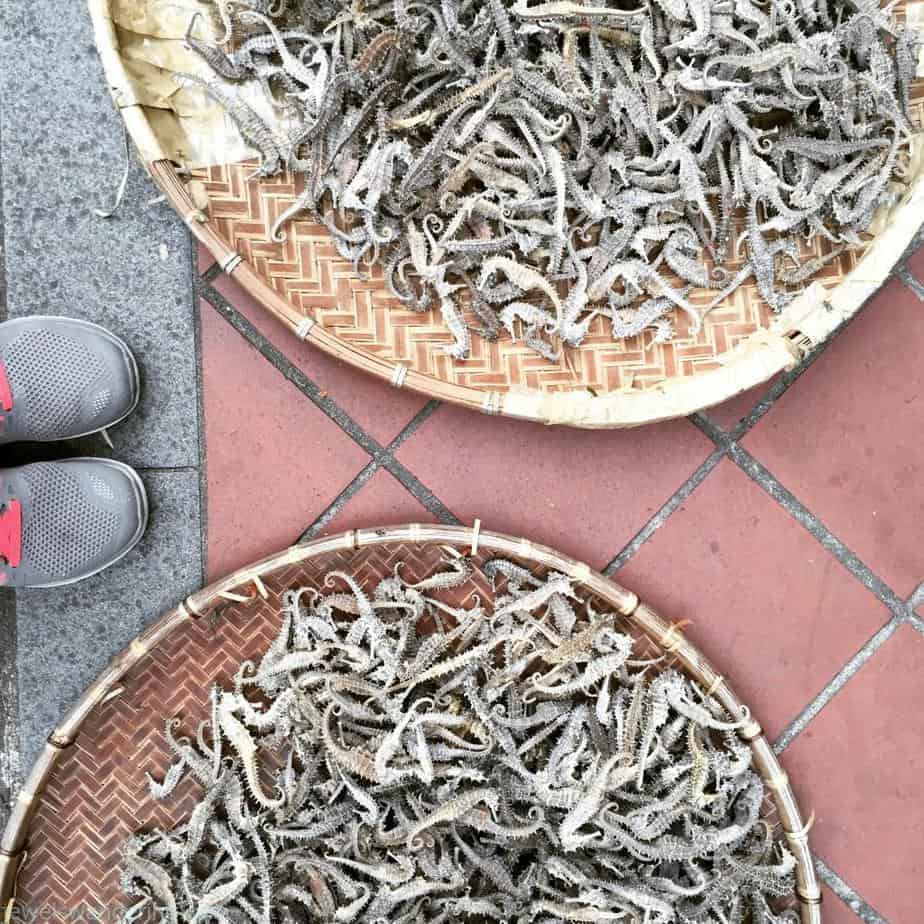 Ok, bear with me as this is a totally random post, but as I was walking to the gym a few weeks ago, I always walk by a traditional Chinese medicine shop.  I occasionally glance in, but I never really pay much attention to it.

Sea horses.  Like hundreds of dead, dried sea horses.  I think they’re beautiful creatures in the sea, I was lucky enough to see a pair many, many moons ago when I went diving in Barbados.  To see them all dried up like that left me sad.

I was quite shocked.  I had never seen that many in one go, much less dead and dried.  I didn’t even realize that they were hunted down and used for Chinese medicine.  Did you?

So I decided I would do some research and found out that the Chinese love the sea horse.  Apparently it enhances a man’s virility and reinforces the kidney’s yang.  I’ve also read that it supposedly promotes physical growth, so it’s being given to kids to make sure they’re tall.  Sea horses have high levels of collagen, so Chinese women use it an alternative to Botox.

And what’s even more shocking is how expensive they are.  They retail for about USD600-3000 per kilo.  Holy moly! I was now looking at a lot of money right at my feet.

Well, turns out that sea horses are now on the endangered list and will most likely become extinct in the next 20-30 years.   I had no idea that these beautiful sea creatures are being wiped out.  Not just by Chinese demand for medicine, but also through the curio trade as well as ending up in aquariums.  Wild sea horses do not adapt well to captivity so we are essentially just sending them to their deaths.

Let’s keep them alive in our seas and spread this random information you now learned today!  Happy Friday and hope you all have something fun planned!!