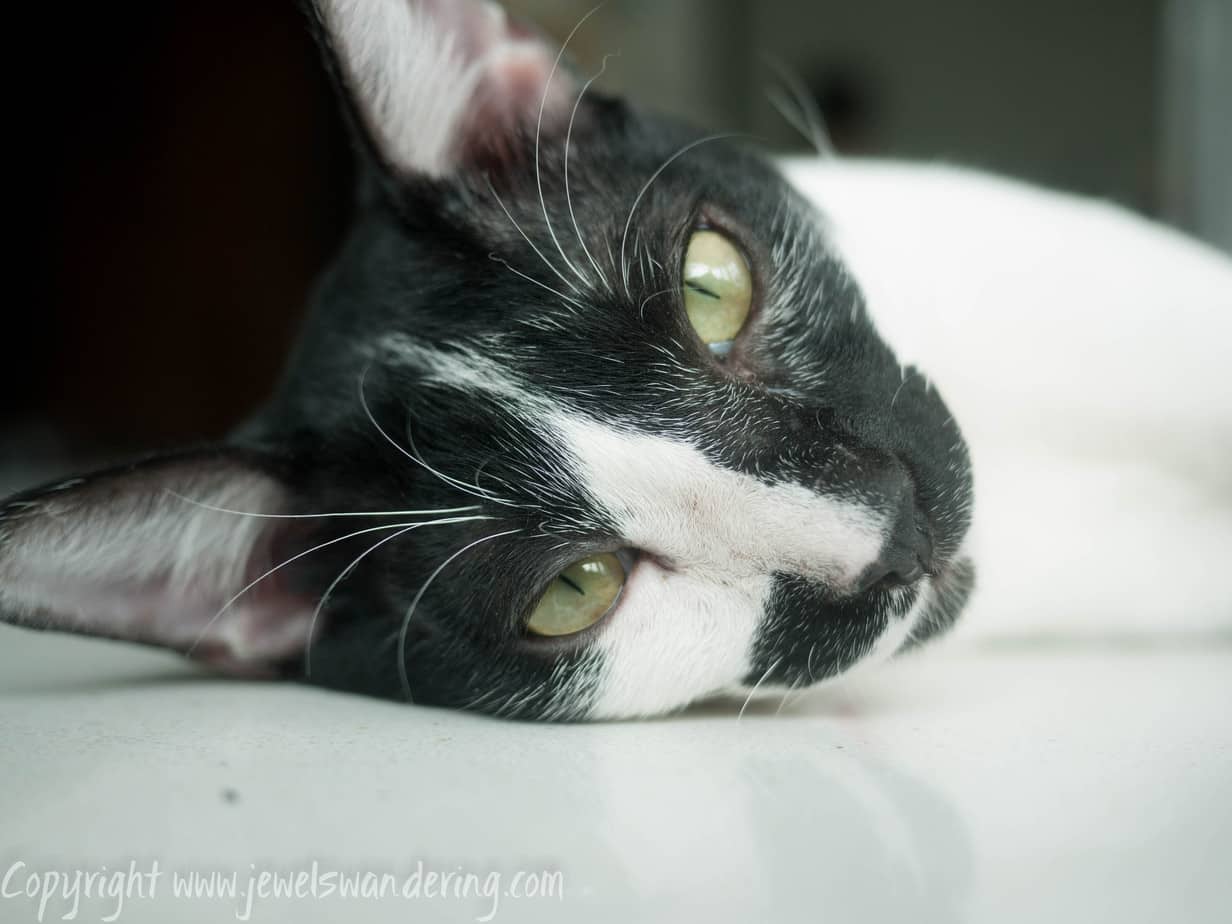 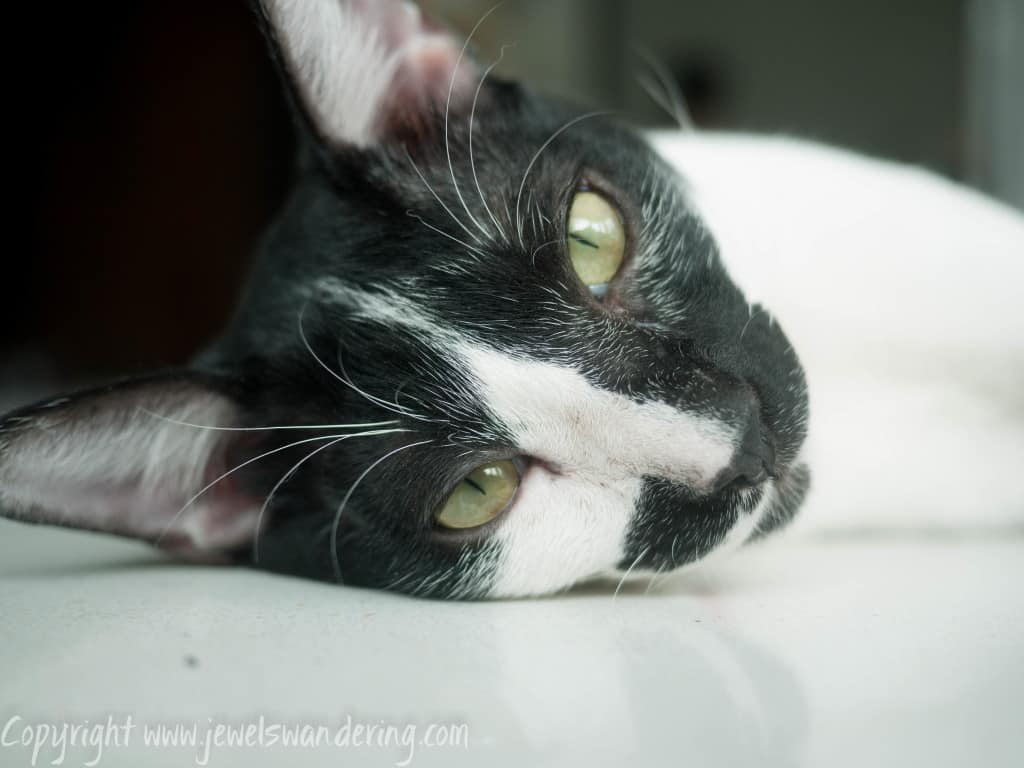 If you’ve been following me on Instagram (if you’re not, you should!!), you’ll know that I am a proud foster mama to George.  I had been thinking of fostering a cat and I finally bit the bullet.  I had previously inquired about one, but I never heard of back.  I saw another cat and so I said I could foster and before I knew it, I was going home with George! It alll happened so very quickly, but the past few days have been a blast having him around.  He’s the friendliest cat I have ever met, always ready with instant cuddles and love.  You sit down, and he’ll climb into your lap and give you kisses.  And he’s purrs so loudly!  But he’s also a pretty well behaved cat – except for the first night when he decided that my bed was the perfect place to take a poop.  YUCK! At least he didn’t pee, I think that would have been worse because then my duvet would have been soaked as well…. Right? He’s also quite patient when it comes to being fed in the mornings.  My previous flat mate had two cats would miaow their heads off at 6am every morning without fail.  They are currently terrorizing my previous flat mate. 😛 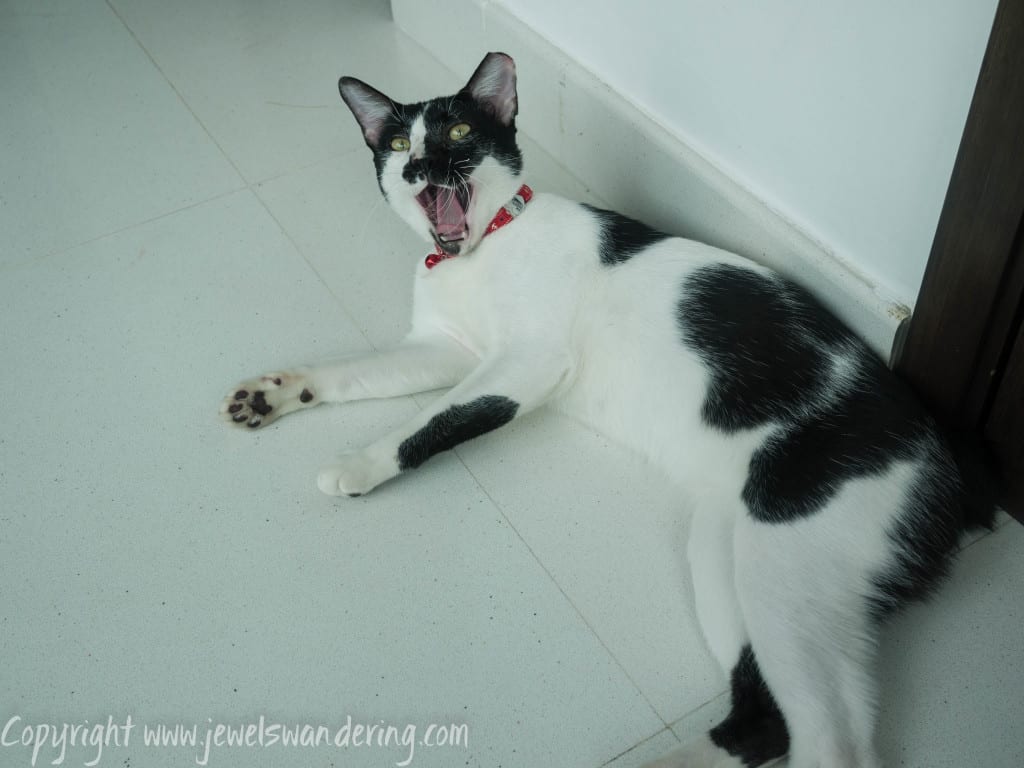 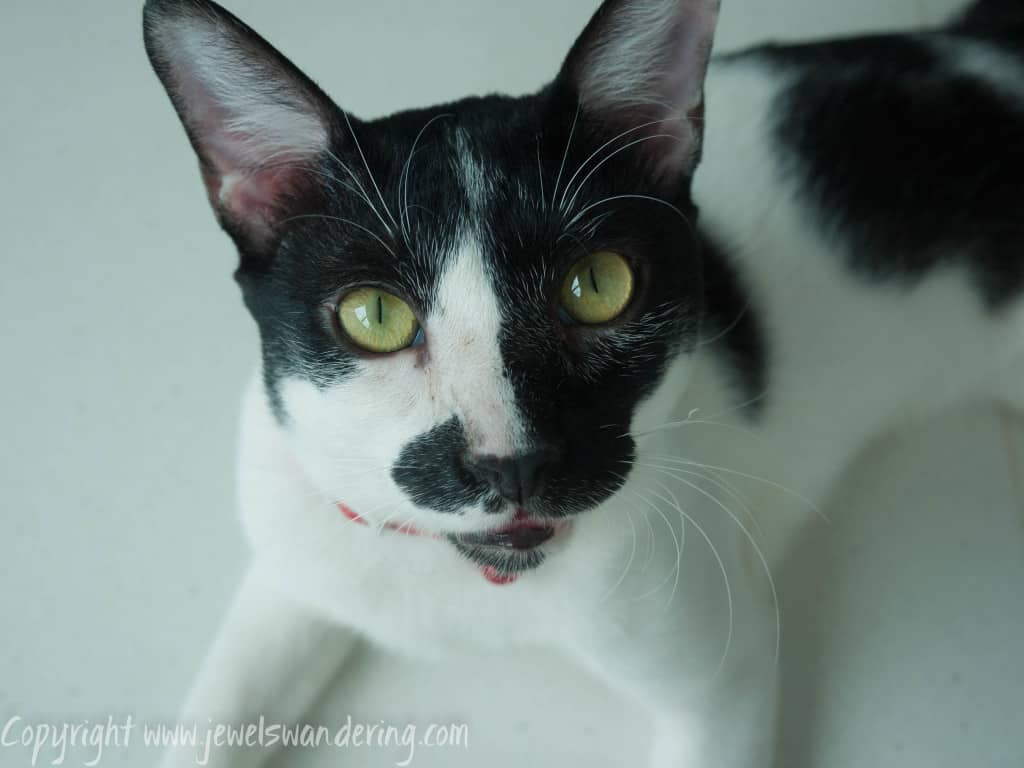 George is a total house cat.  He was obviously well looked after so it baffles me that his previous owners abandoned him on the streets of Singapore.  Singapore has a massive population of stray cats that are quite fierce.  The neighborhood aunties feed them, and the government lets them roam around as long as they’re sterilized.  Poor George, set free and left to fend for himself.  The little guy was so scared and confused; the other cats wouldn’t allow him to eat and he was so hungry he was found eating grass.  So the guy who took him off the streets knew that he needed to be off the streets in order to survive.  So, I’ll be taking care of George until he can go live in his forever home with his rescuer (his house is being renovated).  I honestly don’t understand how someone can abandon their pets just like that.  I understand that sometimes you can’t keep them, but at least find them a new home! 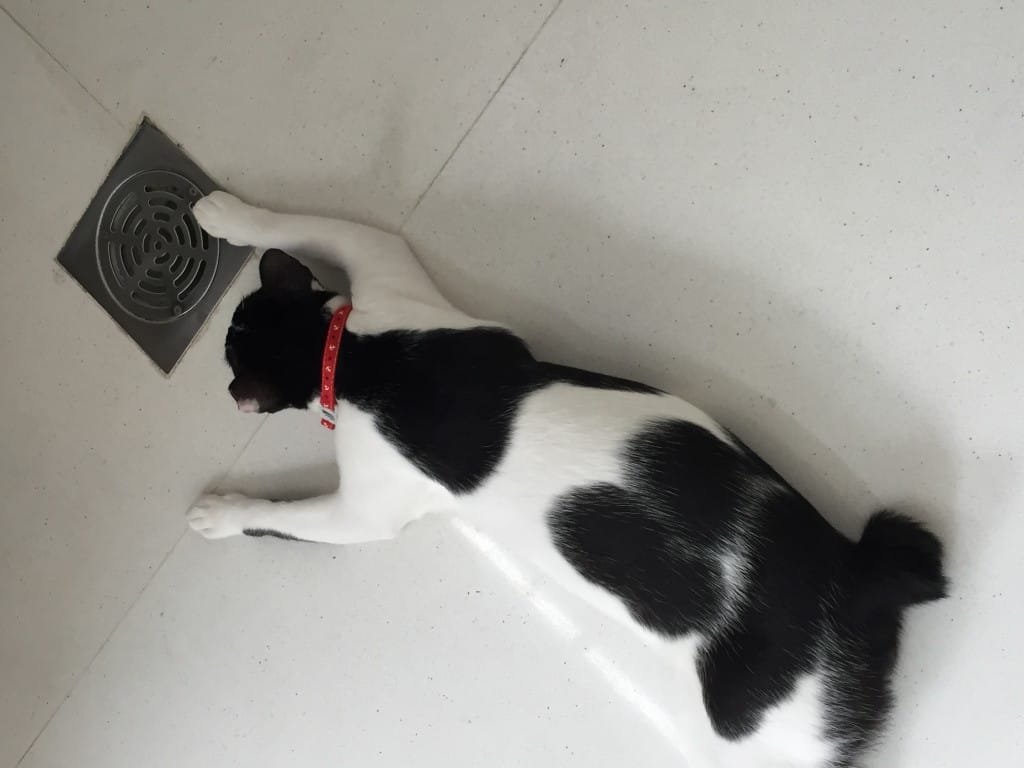 I can’t even…! This pic cracks me up! 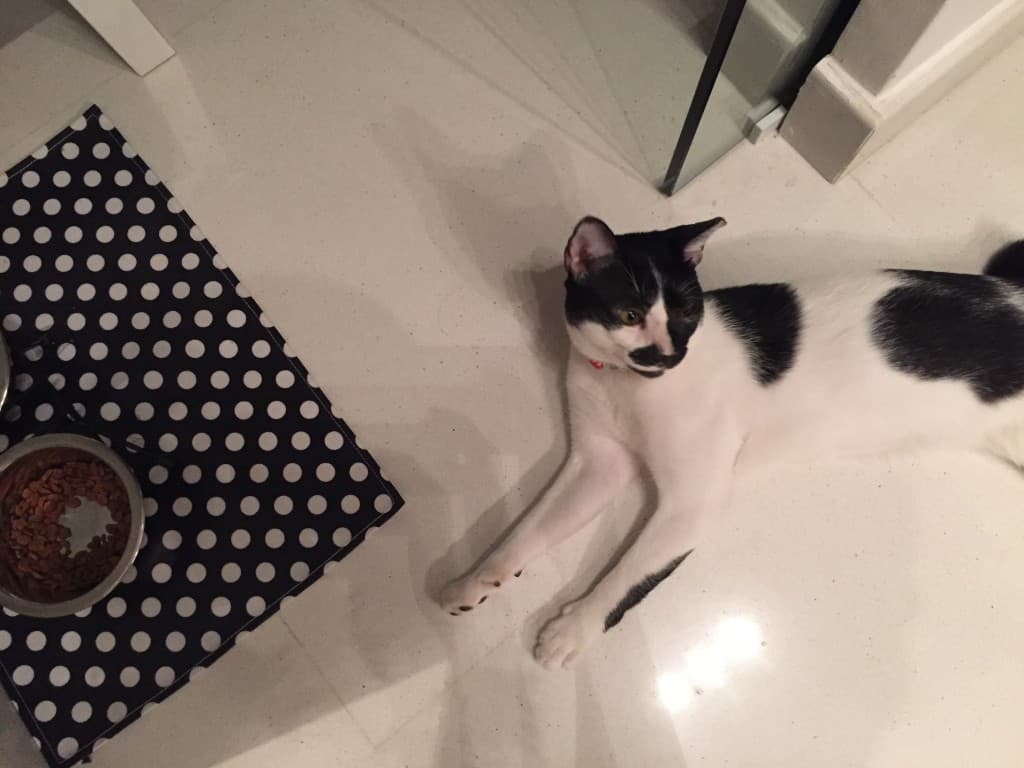 Super thrilled to have this little fellow with me, his funny face markings bring an immediate smile to my face.  And as long as he doesn’t poop on my bed, he can stay! Kidding!! For that though, he’s no longer allowed in my room, but the real reason is I’m allergic to him. HAHA  Any tips for living with a pet you’re allergic to?

I Have a Secret