It’s my second favorite day of the week – Friday! And umm, how are we in August already? How am I about to turn another year younger shortly? Eeeek! I’m not ready!! But let’s not talk about that and let me ask you, did you manage to see the Seated Ballerina at Rockefeller Center?

I must admit, I had no idea this was even happening when I was in New York a few weeks ago. I always hit up Rockefeller Center when I’m back home because its not far from where my parents live and there’s Anthropologie and J.Crew there and let’s not forget the mecca of shopping – Saks Fifth Avenue. Well, for me anyway, though I do love Bloomingdale’s.

But I’m veering off track because this is not shopping post.

Right, Seated Ballerina. So my mom and I headed to Rockefeller and I was pleasantly surprised to see this massive, inflatable um, seated ballerina. I am so used to being in NYC during Christmastime, so it was nice to see it in all its summers glory. And to see something other than the tree. 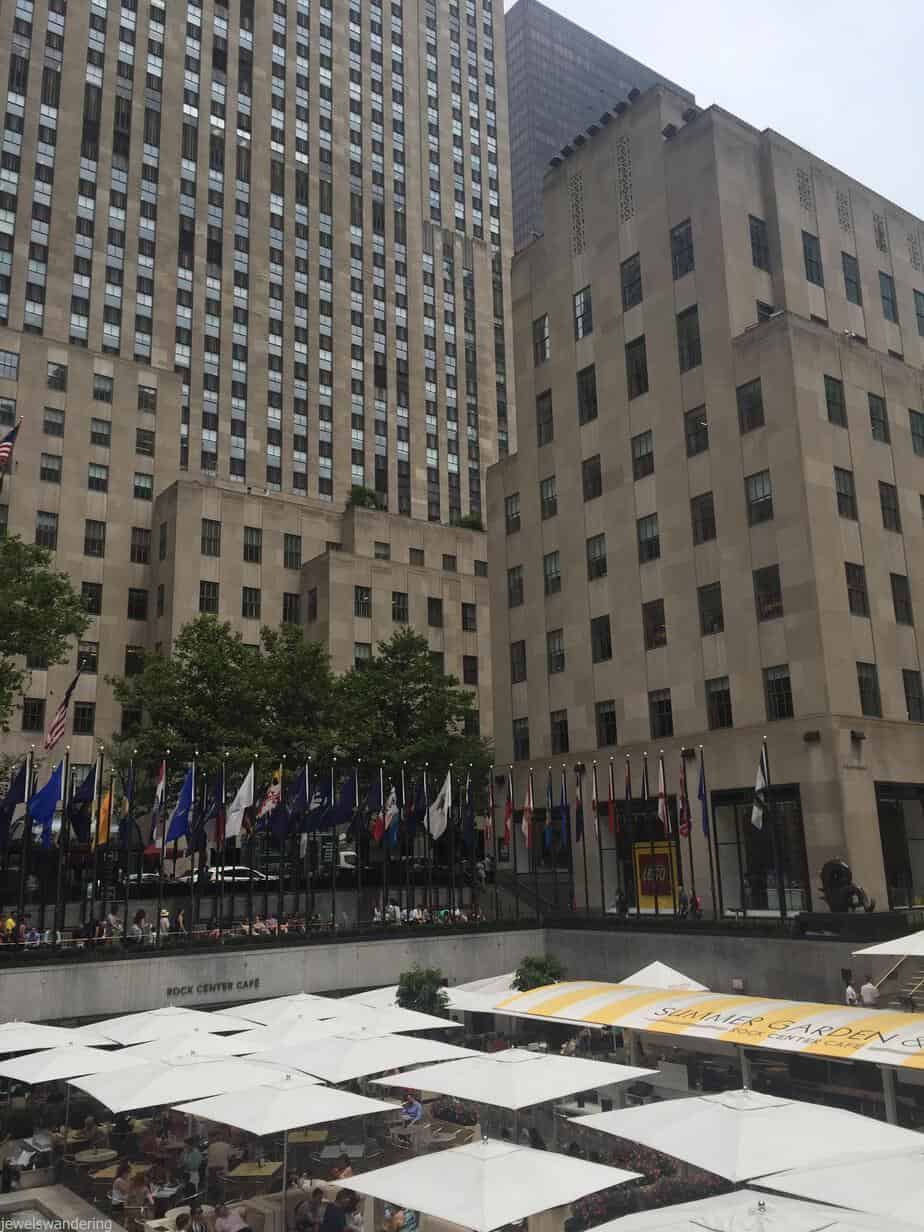 I asked my mom if she knew what the purpose of the Seated Ballerina was and my mom had no clue. See! I’m not soo bad!! And obviously she hadn’t been to Rockefeller in quite some time as it’s been on display since 12 May.  It’s now gone down, it was only up until 17 July, but I’m glad I caught it. I’ve been lucky this year with unintentionally catching events around the world, like Vivid Sydney! 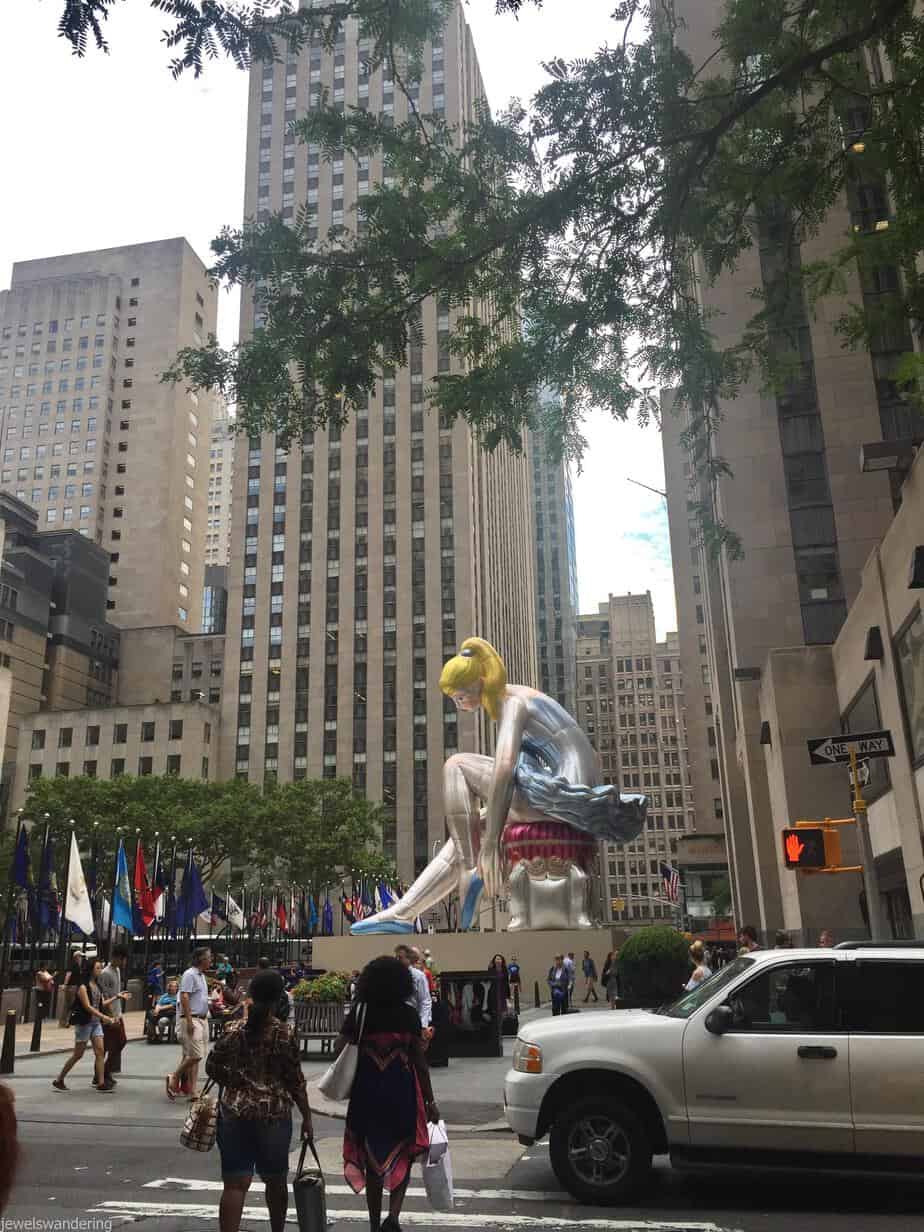 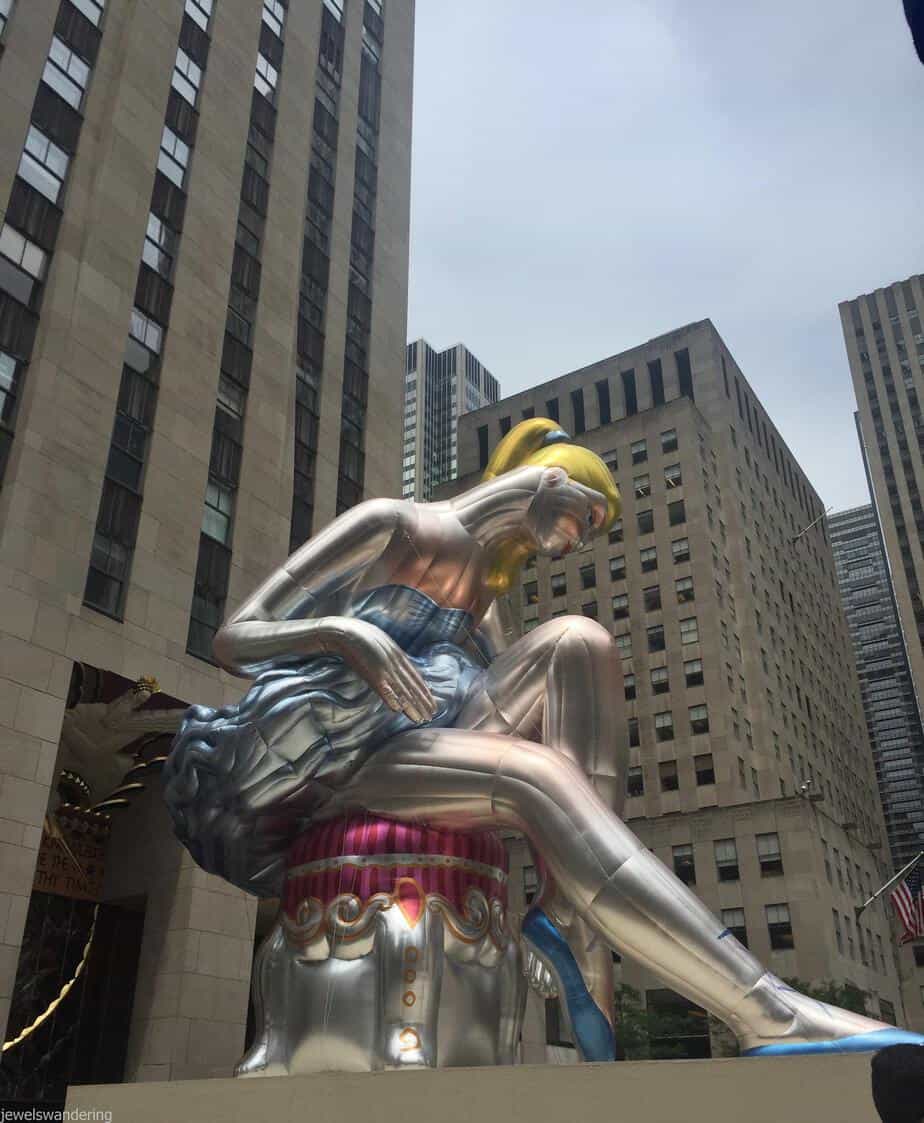 The Seated Ballerina is by Jeff Koons and is 45 feet high. It’s pretty impressive. But honestly I’m still a bit baffled as to why it was up there. Does Rockefeller Center host works of art during the summer now? Because that would be pretty cool!

What do you think of the Seated Ballerina?

Have a great weekend!!