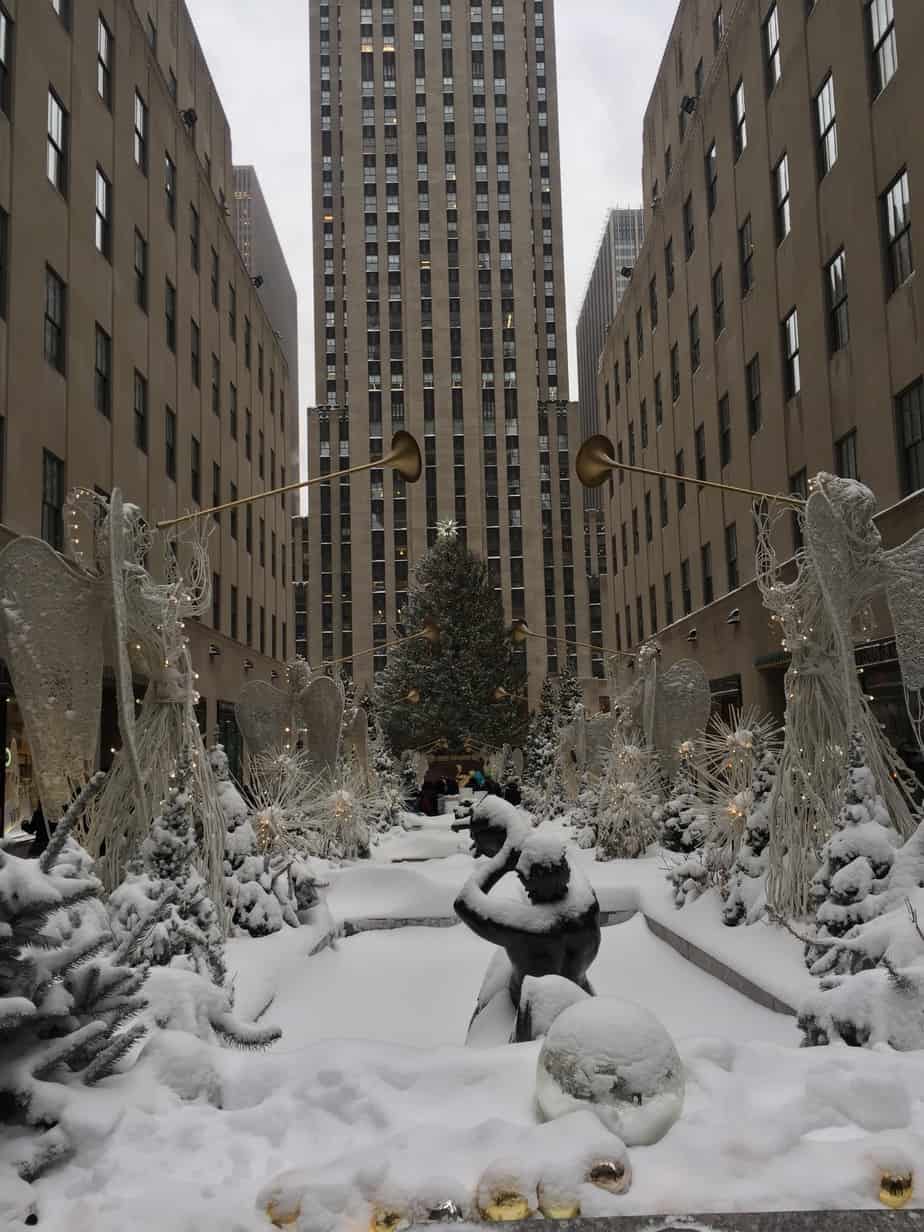 Happy Friday, lovelies! This month/year has honestly not started off well – when it rains, it pours, amiright? But I’m going to use this time to finish recapping my trip back to the States and there’s nothing better then to end it with some snowy days in NYC.

Actually, as beautiful as NYC is under a blanket of snow, the reality is, that white stuff soon becomes black and yellow. Not so nice! 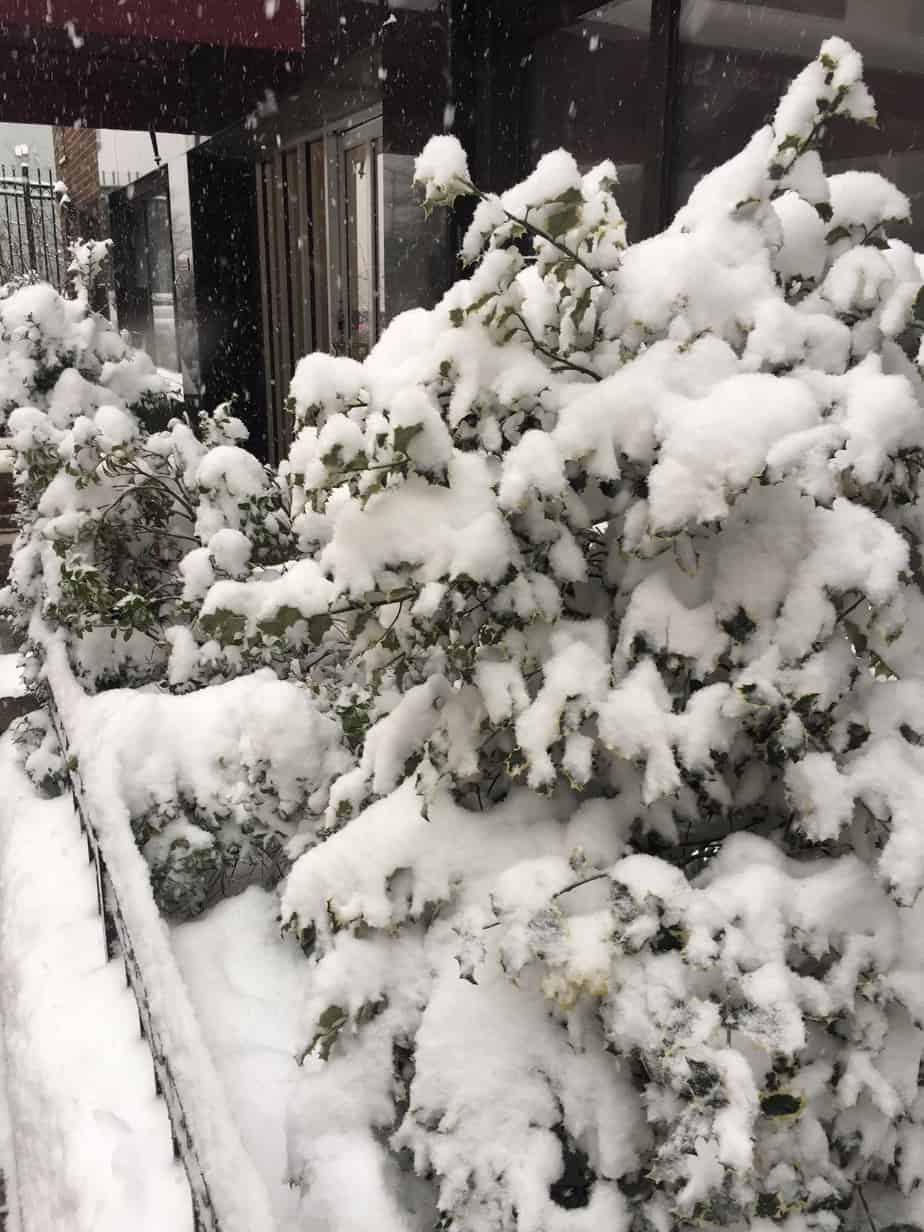 Our trip back to NYC from Jackson Hole was pretty eventful in itself. One of our bags didn’t make it so we did spend quite some time on the phone with Delta trying to figure out when it would arrive. I have to say how unhelpful Delta was with figuring it out themselves and only when I tweeted about my annoyance, I felt like things got moving. Go figure!

After we got off the phone with Delta, we had lunch with my parents and then walked to Bloomingdale’s for some last minute shopping before heading over to Broadway to catch The Book of Mormon. Have you seen it? Hilarious! Definitely go see it if you haven’t!! 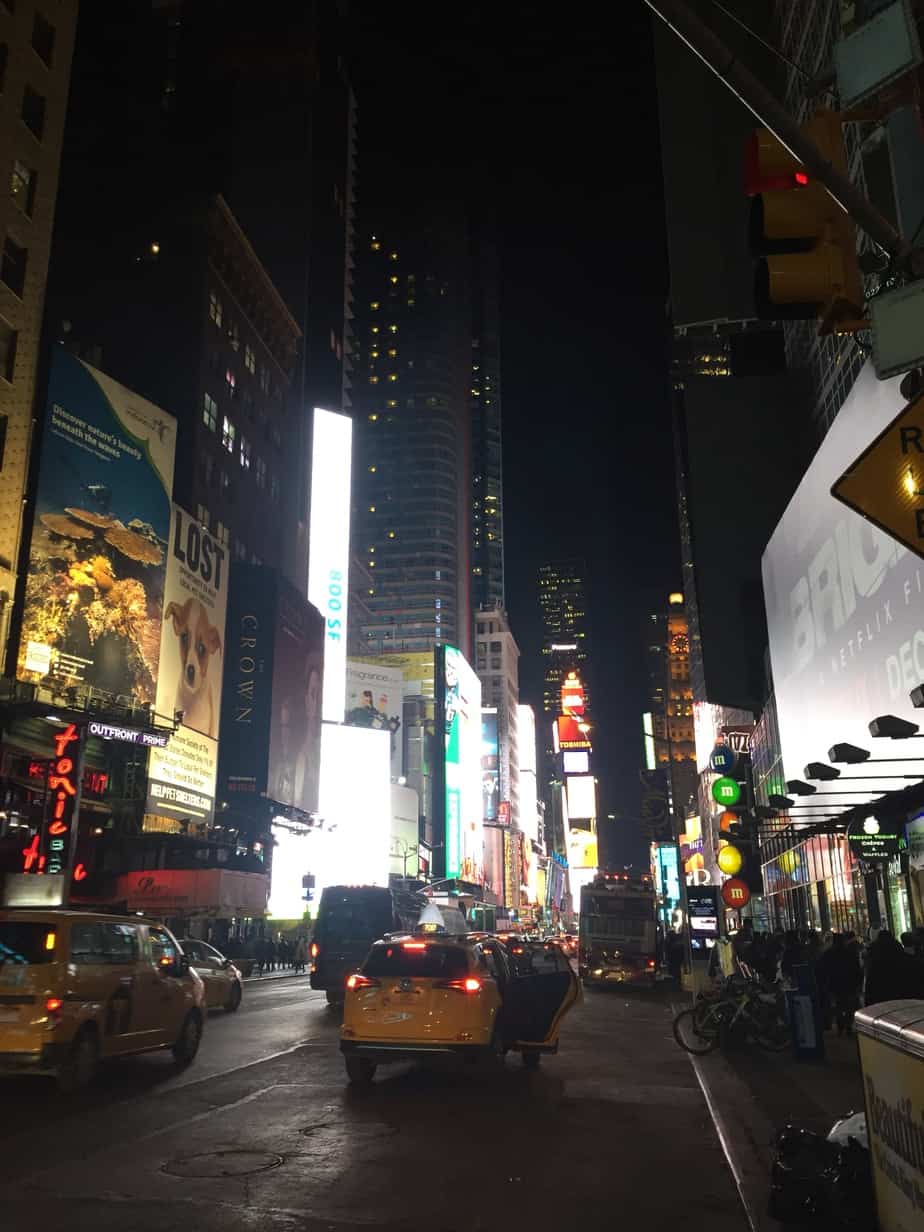 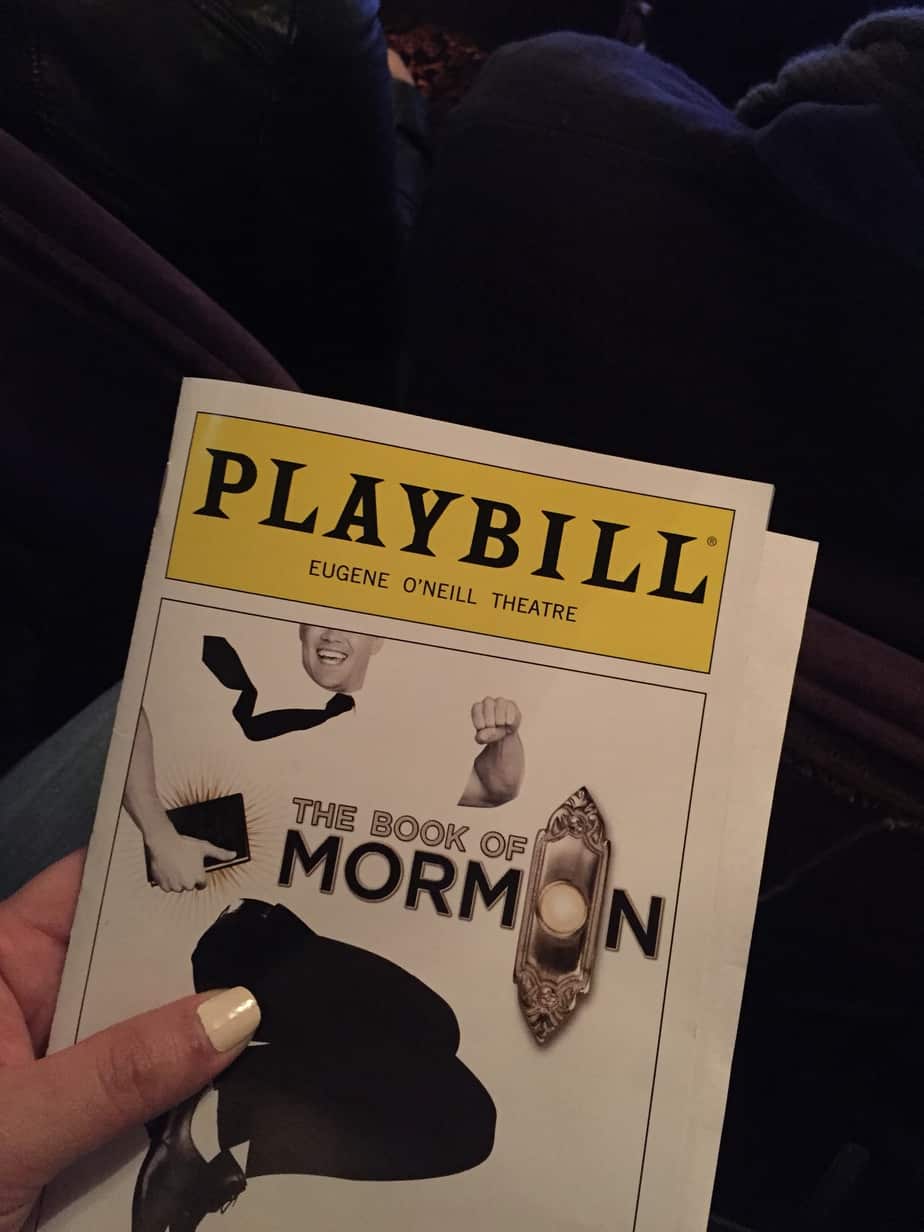 After the show, we went back to my parent’s house to see if our bag had been delivered. Nope. But luckily it finally came after we had popped out for a late dinner. What a relief! Nothing worse to be traveling and not have any of your stuff! 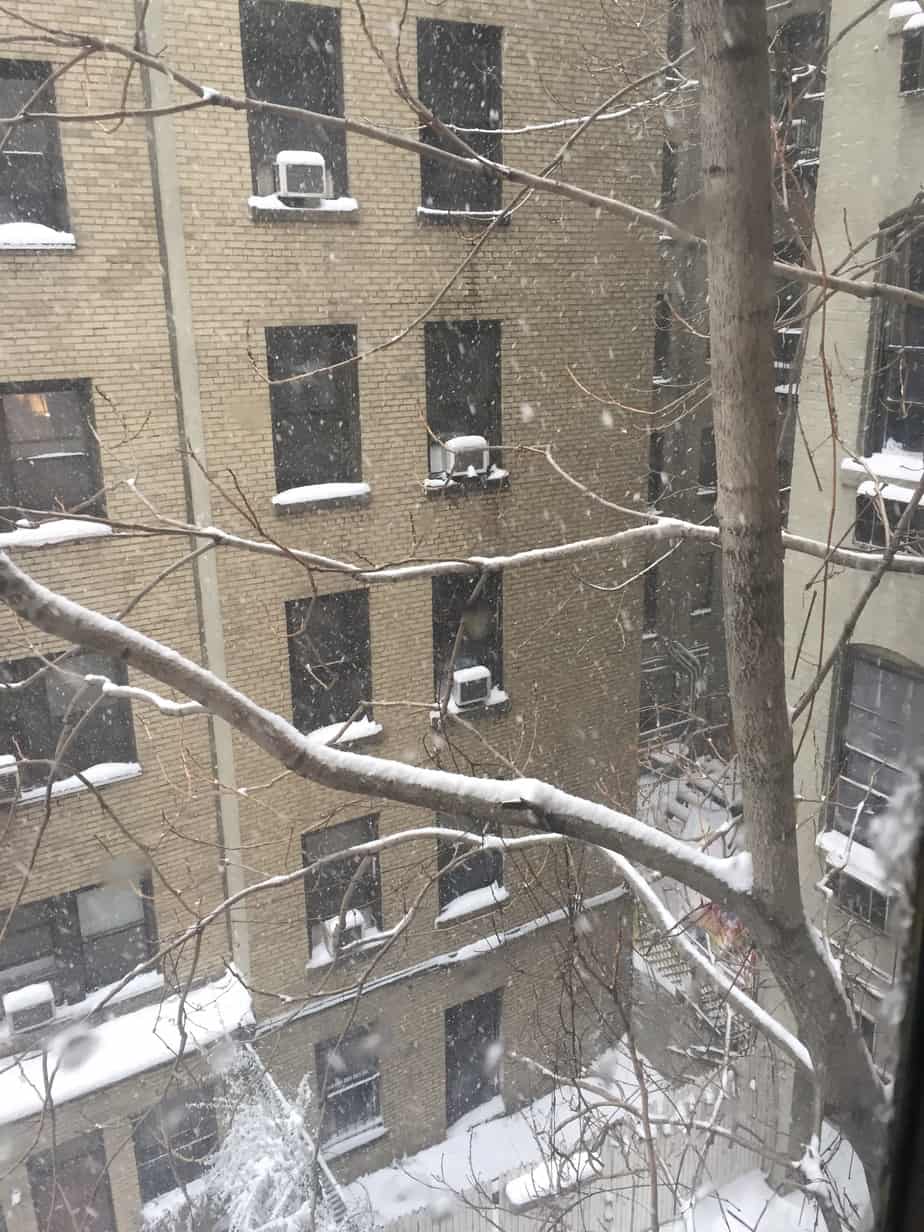 The next morning, we woke up to a blanket of snow and someone was super excited! We met up with my parents for lunch again for one last Brazilian meal – I can’t get enough of it when I’m back in the city! And then spent the afternoon walking around Fifth Avenue. 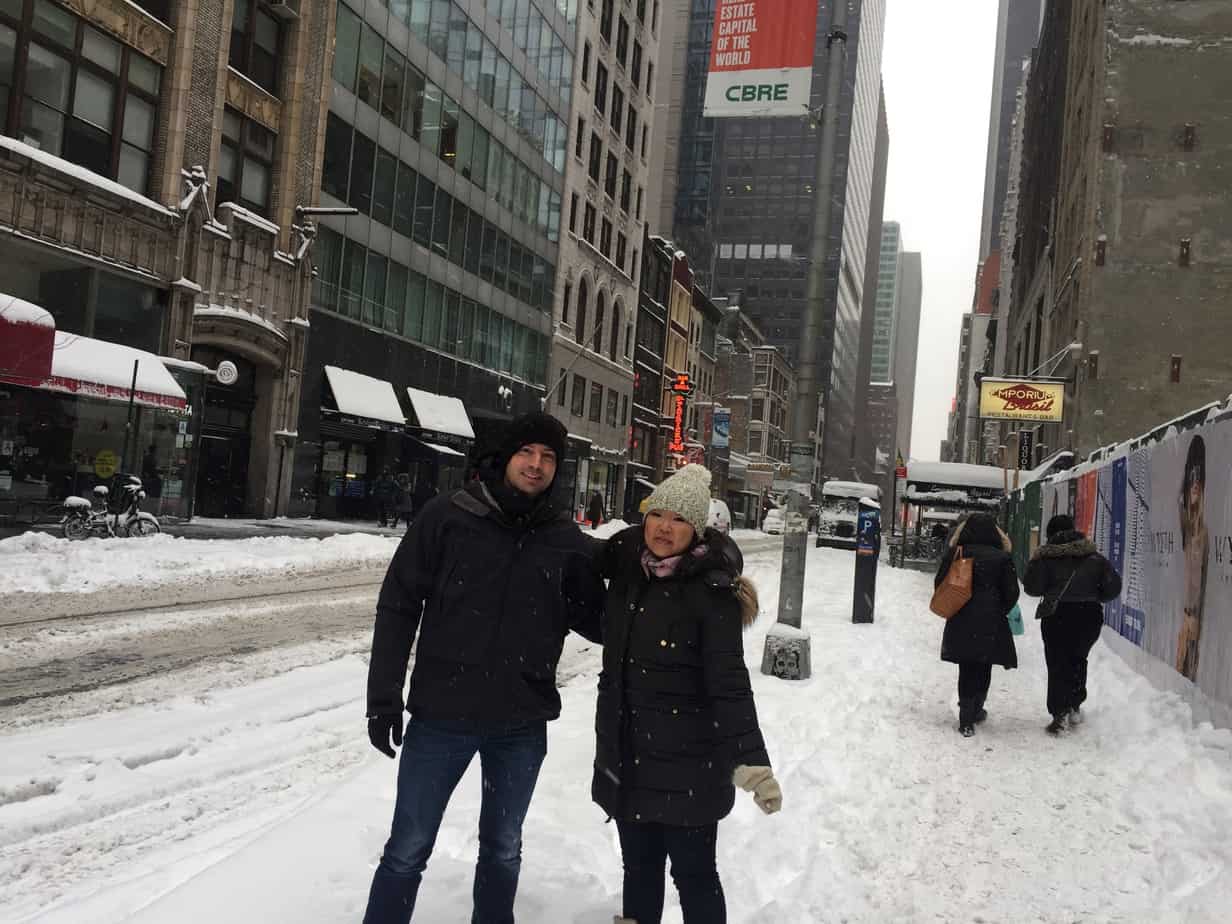 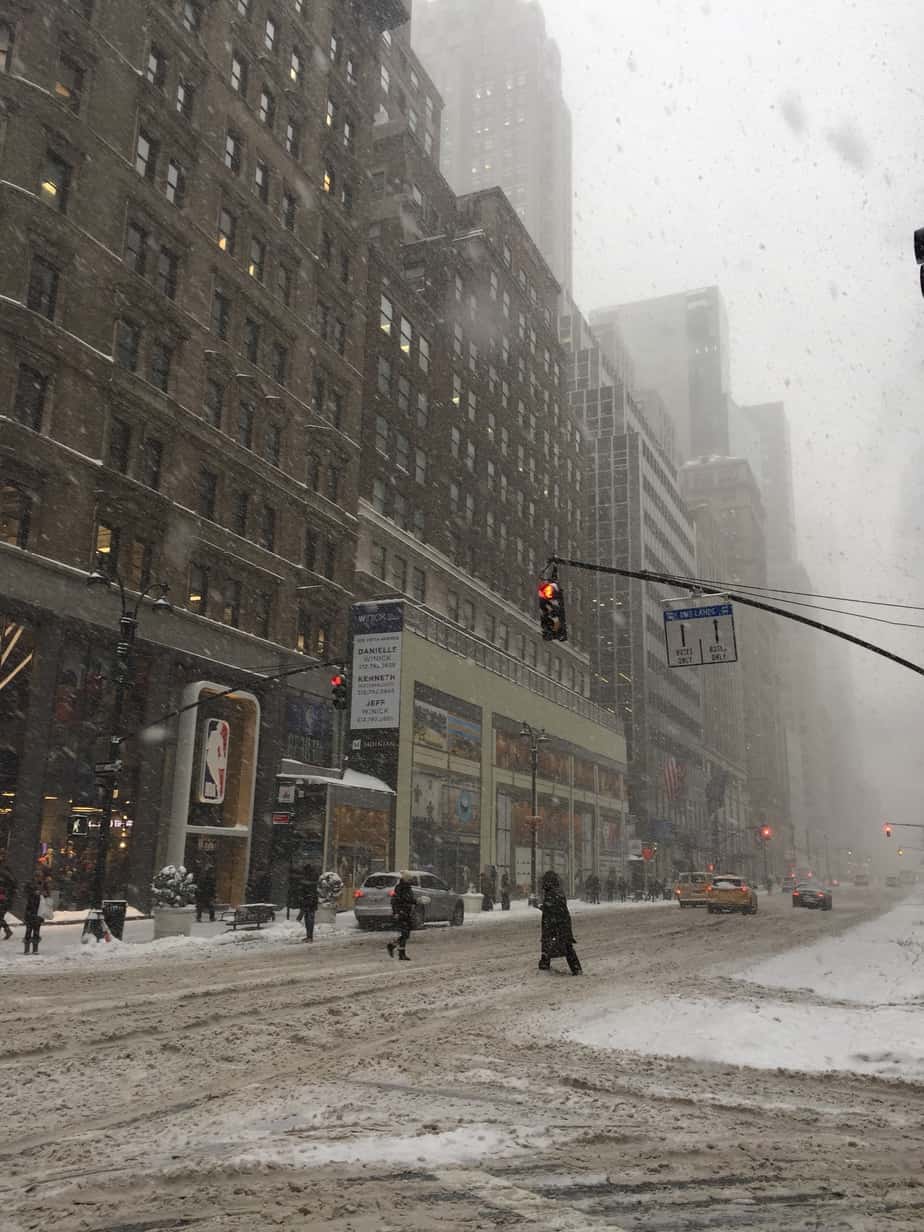 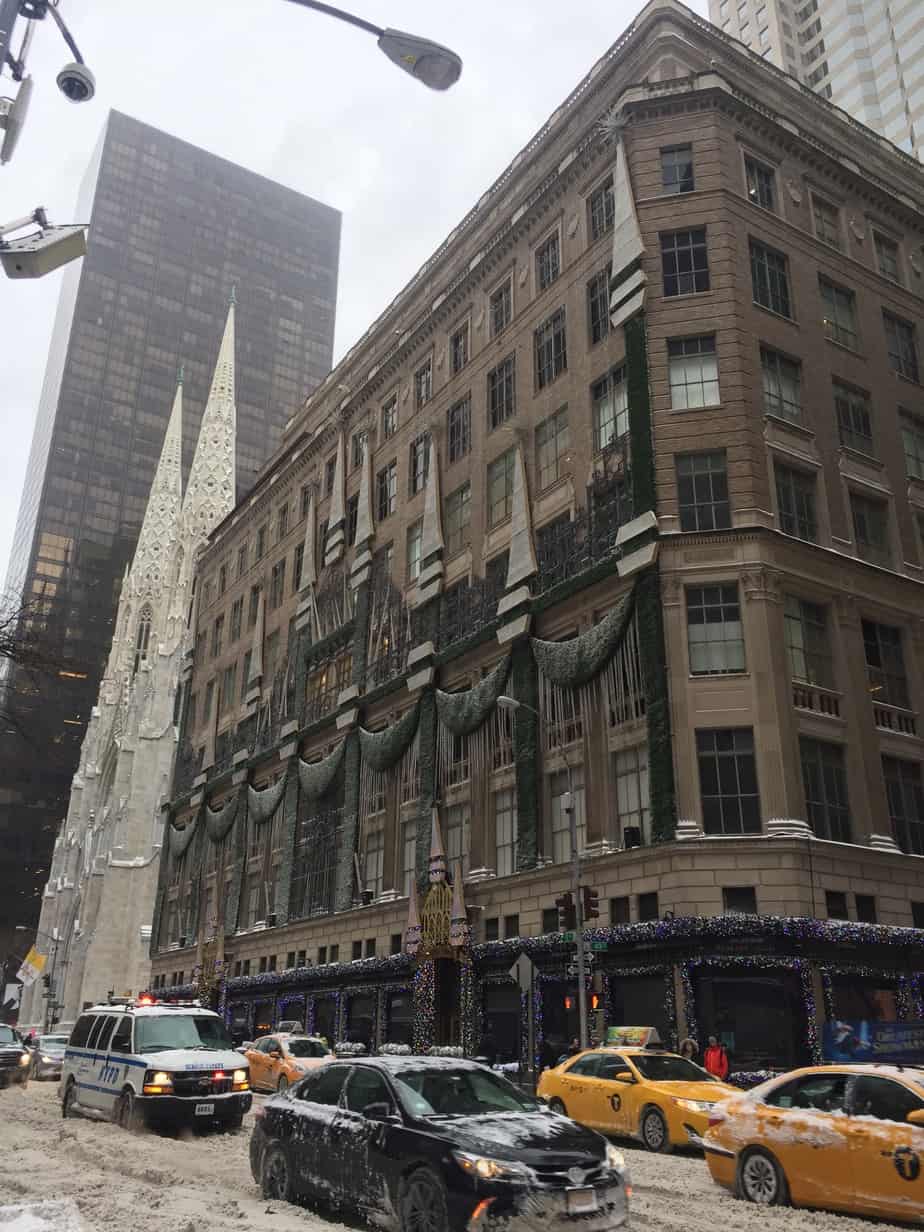 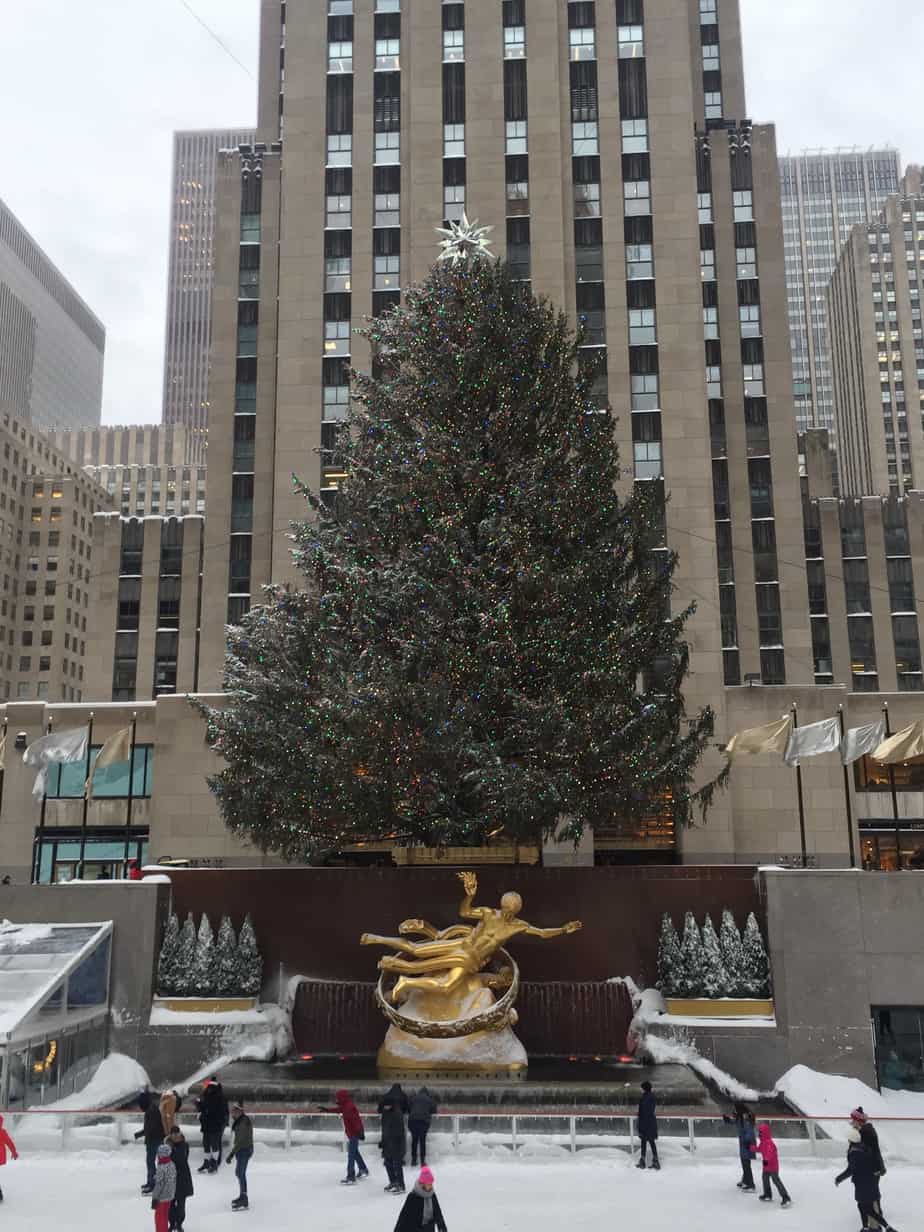 In some ways, it was nice that the city was so quiet as it rarely ever is! People were definitely taking in the winter wonderland that it was. We met up with my SIL and my nephews and we had some fun in the snow making some snow angels. 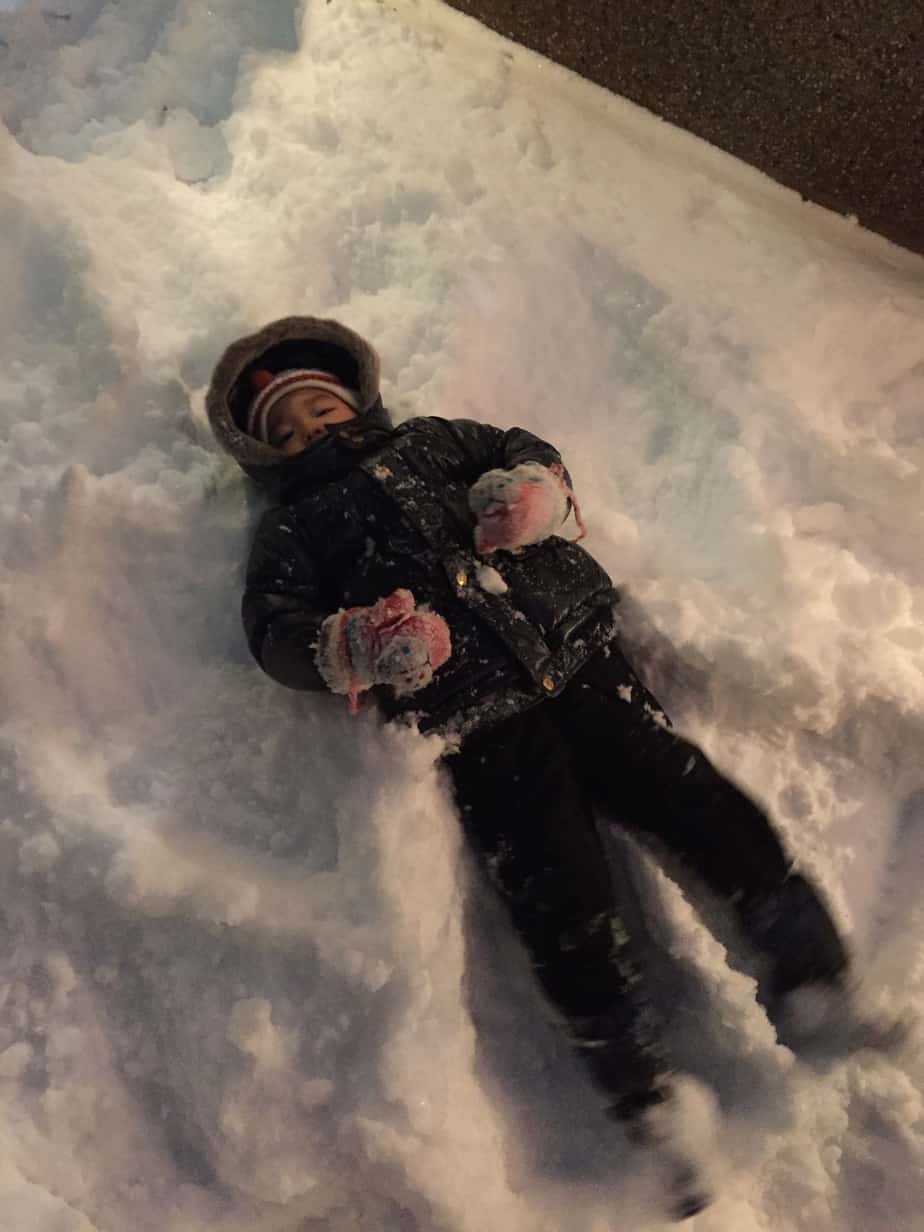 Our flight back to reality was booked for the next morning, but with the snow that caused a massive snafu in our travel plans. To be honest, I didn’t mind having an extra day in NYC with the family. We knew our flight was delayed till Saturday morning, so that Friday morning, we just took it easy and went for lunch at one of my favorite Japanese-Italian restaurants off of Union Square called Basta Pasta. Then we just hit some stores around Union Square and capped it off with a drink at the W Hotel before one last dinner with the fam. 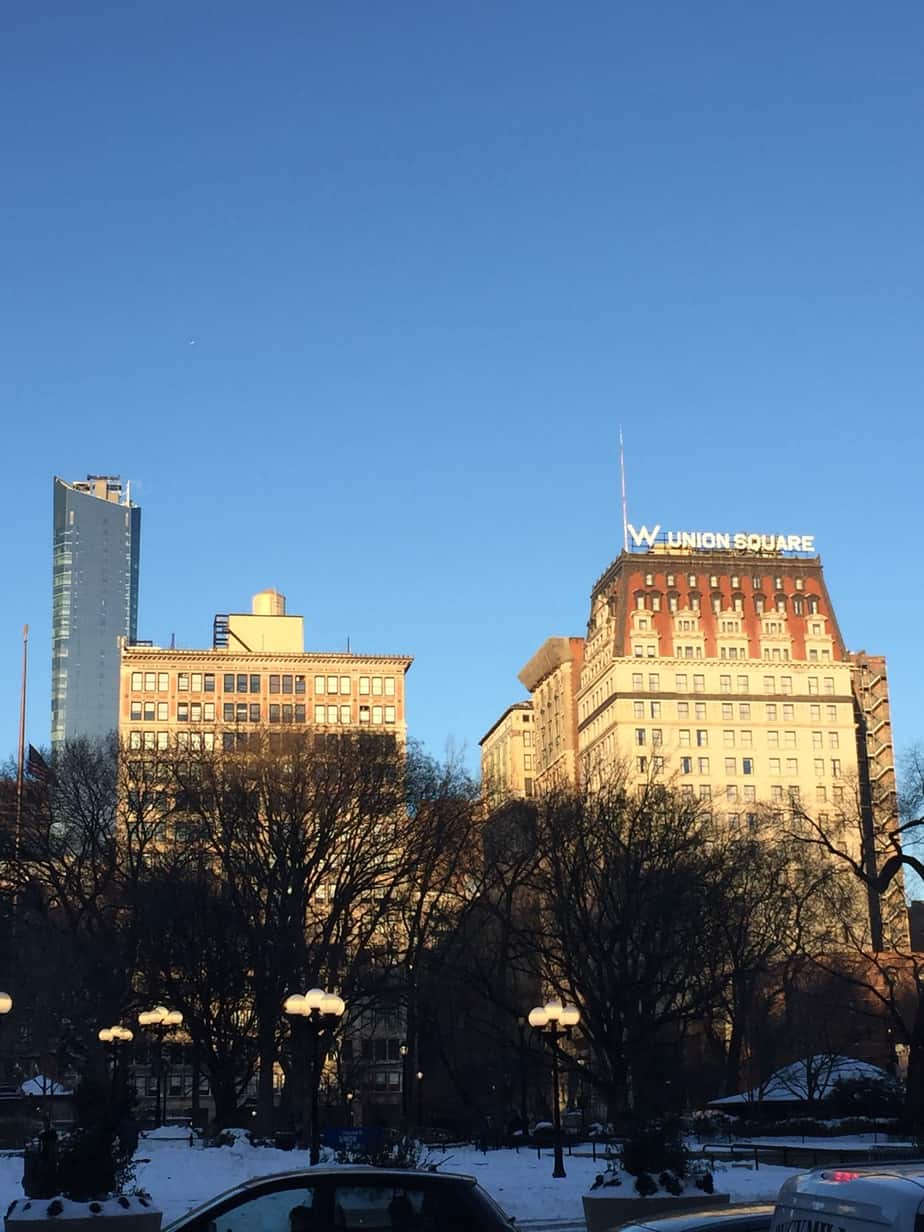 The next morning, we headed to JFK at the awful hour of 5am. Our flight was due to leave at 8am, but with all the chaos that was happening there, we sat and sat and sat there for hours. Luckily, our flight finally took off at 12:30pm but sheesh. I was shattered by then! We said our goodbyes in Tokyo and I headed back to Singapore by myself. Sniff, sniff.

I honestly wish I were still there. As I said, this year has definitely started off on the wrong side of the bed! I came home 24 hours later then scheduled, which was fine. But I had my friend pick up my cat and she couldn’t open the outside gate of my door, so she let George in but wasn’t able to leave him food and set up his litter box so when I finally got home on Monday morning around 1:30am, I discovered that George had left me a nice surprise on my bed – he pissed and pooped on my bed. FML I spent the next couple hours trying to do laundry and get that smell off my bed. And oh, I had to be in at work for 8am. HAHA

We’ve also been experiencing a TON of rain – more so then usual. And with that, cooler temperatures. Which also means, its been quite damp.  I don’t have a dryer (I hang dry my laundry) and its taking 3 days for anything to dry and to cap it off, last week I realized I had a massive mold outbreak in my closet. FML x2.