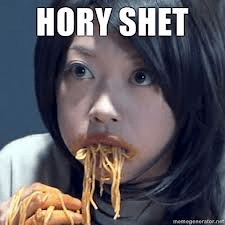 So three years have gone by since I washed up on the hazy shores of Saunapore.  And what I have I done with myself in that time? Hmm, let me think.  I got a job! And amazingly, I’m still employed but desperately counting down the days until I am fabulously wealthy and can retire… Yeah, I’ll keep dreaming!

Moving on… Here’s a positive:  standing on my own two feet again, totally financially independent.  Now that’s a bonus, but that also comes with a price (I’ll save that for another day/post)!  Having a place to live all to myself and paying bills.  Hmm, maybe financial independence isn’t that great.   There’s always a caveat, isn’t there?  But aside from that, being able to do as you please is a pretty great feeling.

Booze.  It’s a bittersweet friendship.  We constantly hang out in the first six months I was here, my first friend here and boy did that set me back a pretty penny.  And no, it wasn’t just the two of us.  She had rounded up a dysfunctional group of us and we were best friends.  But I needed my space and for a decent amount of time, we would occasionally meet up but I was busy with Fitness and had no time for her.  I also somewhat settled into a dysfunctional domesticated life, cooking and raising two kittens.  I miss those two.  Sadly, I lost them in the custody battle.  I guess I just wasn’t meant to be the crazy cat lady and in any case, Booze crept back into my life. It was like no time had been spent apart, but I’ve put my foot down and we now maintain a healthy relationship. But oh, its been a ride!  I have found the most amazing family here and to them, I owe all the countless nights fueled by wine and champagne, good food and most importantly the laughter and the memories.  Without them, this place would be just another place.

Lastly… I fell in love.  A good, kind, adult love.  A love that actually has me thinking of putting some roots down despite he doesn’t have roots himself being in the Navy.  But portable roots, mind you!

Well, its been a hell of a three years!!