In the spirit of Halloween, the haze has decided to come back.  We might as well be living in our own real life nightmare as you never know what lurks beyond that haze.

Not only does Singapore look like the set of some apocalyptic movie, you will not be able to run away from those you choose to not see. Such is life in a small island.  And they might as well be ghosts… Muaahahahah

But really, on another scary note, how is it the 19th already?  October is whizzing on by! The only good thing about month-end is my paycheck, but damn I have to work hard for that…! Anywho, I’m not sure why I never included the Halloween Horror Nights at Universal Studios on my bucket list.  I must have had a momentary lapse of judgement as I have kept meaning to go and hurrah! I finally went!! I must admit, I was really looking forward to this weekend.  I mean, who wouldn’t want to go and get the crap scared out of them?

Universal Studios, for those that don’t know, host their yearly Halloween Horror Nights in the month of October where you get to check out 4 themed haunted houses and ride on the rides as well.  What’s not to like? I had heard really great things about these nights and I thought perfect, way to kill two birds with one stone as I had yet to check out Universal in the time I’ve been here.  I know, I know, I’m just lazy.  And the crowds on the weekends are enough to keep  me far away. 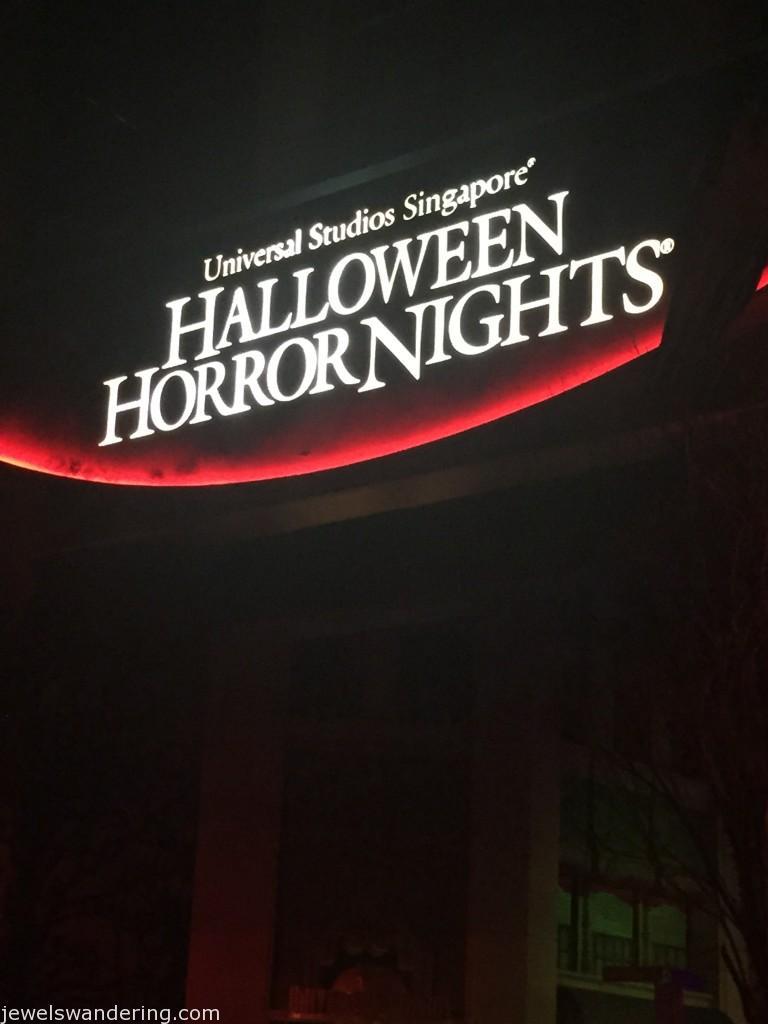 We were slotted for the 19:30 to 01:30 time and we didn’t get there till about 20:00.  The atmosphere was buzzing and you can feel the excitement in the air.  Do excuse the poor photo qualities, it was dark after all… 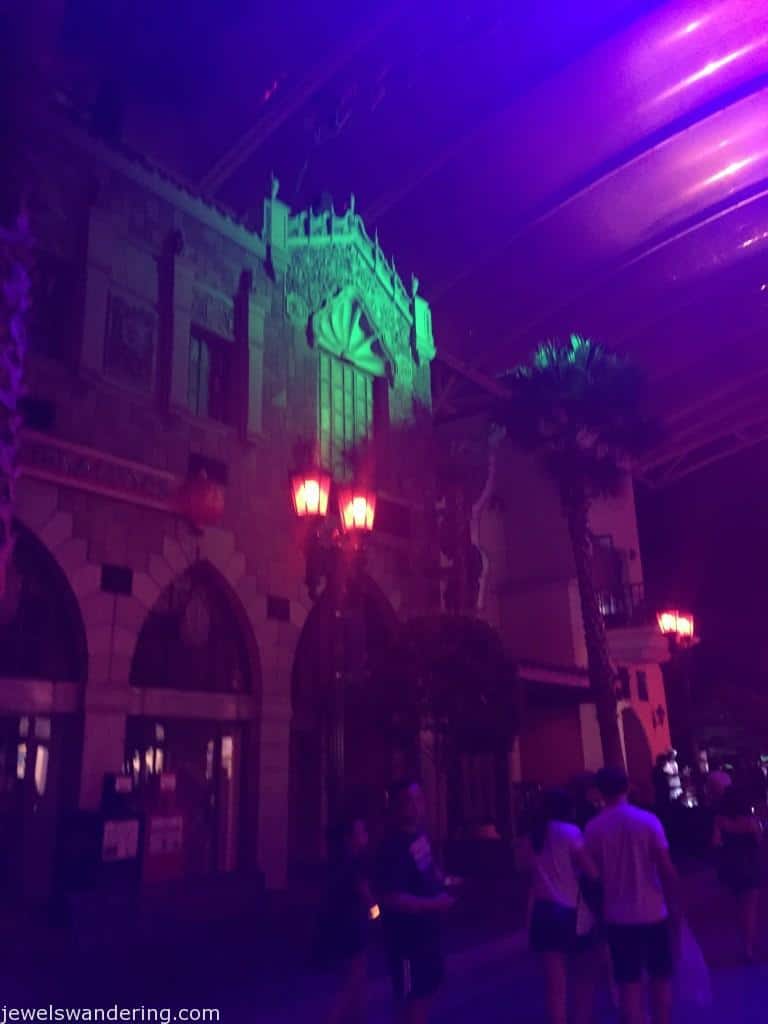 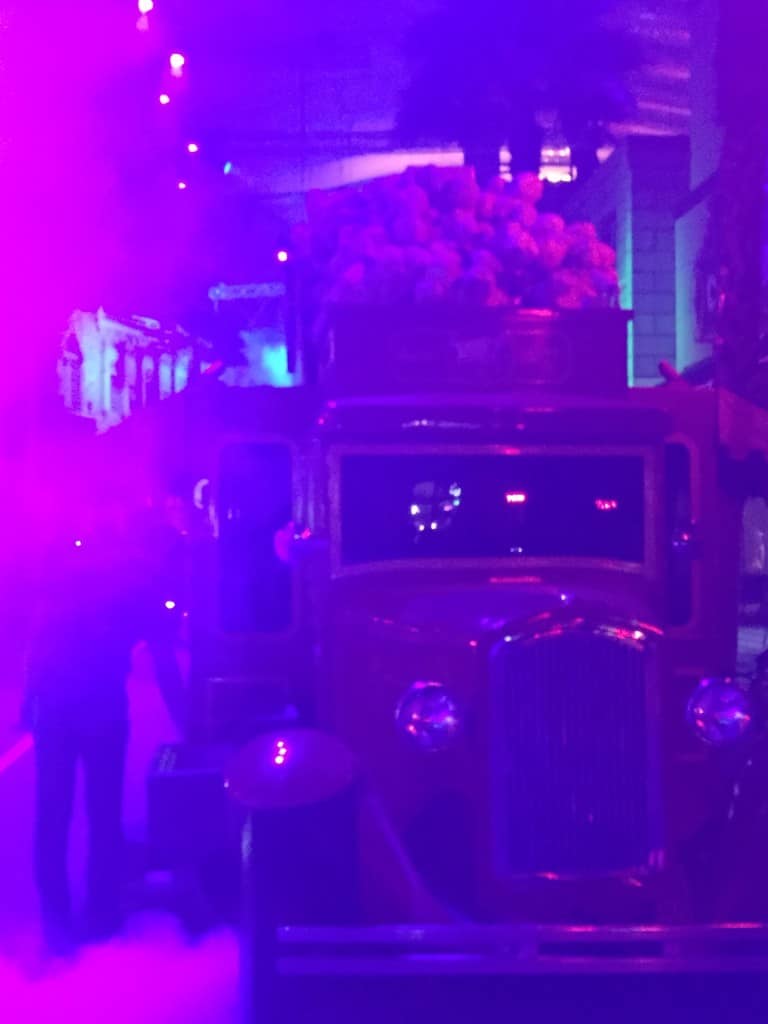 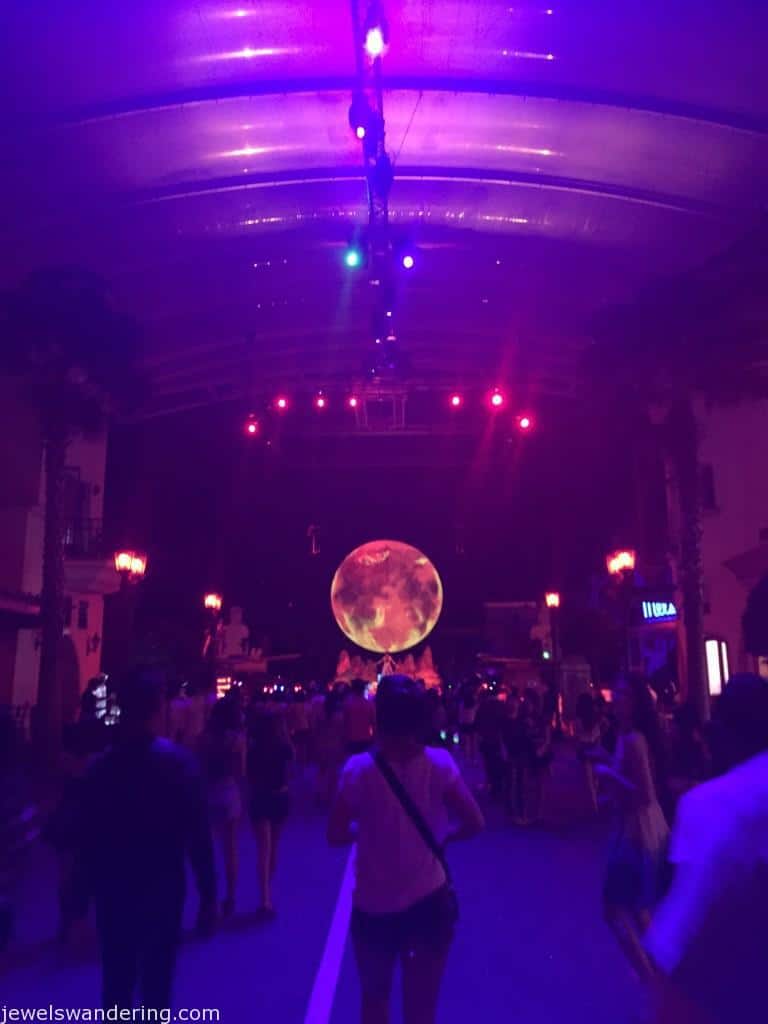 Loved how all the neon lights and smoke machines just gave the place an eery feel.  Kind of like that night in Penang… The theme of this year’s Halloween Horror Nights was the Blood Moon where “Evil has come upon us.  Darkness has descended. Experience the horrifying aftermath of the Blood Moon.”  I thought it was really well done with drinks available to purchase in syringes and blood bags.  Didn’t take any pictures, oops! And the staff were super well made up and really added to the vibe. 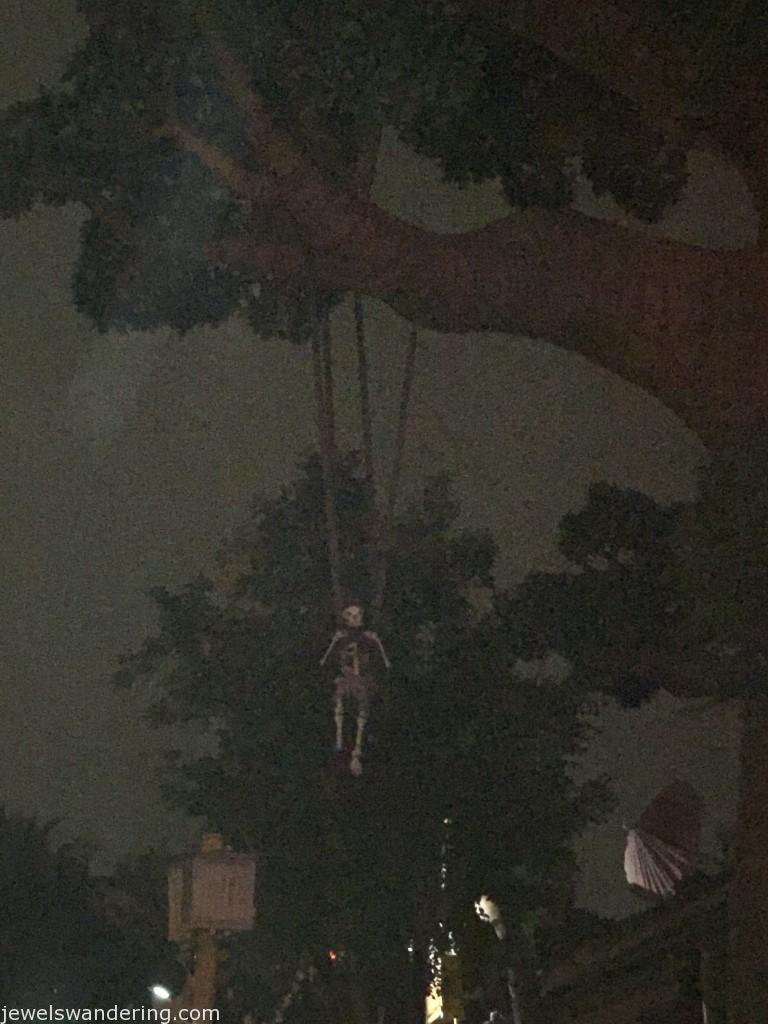 Anyway, we wandered around and took in the sights. I don’t have photos of inside the haunted houses as we weren’t allowed. 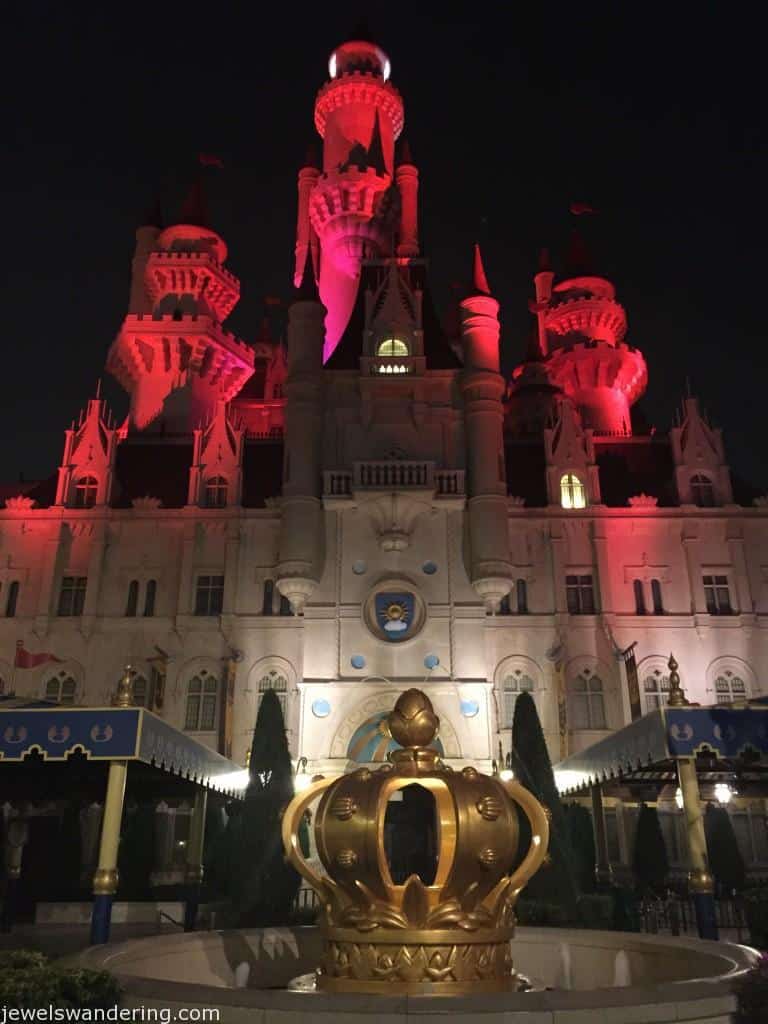 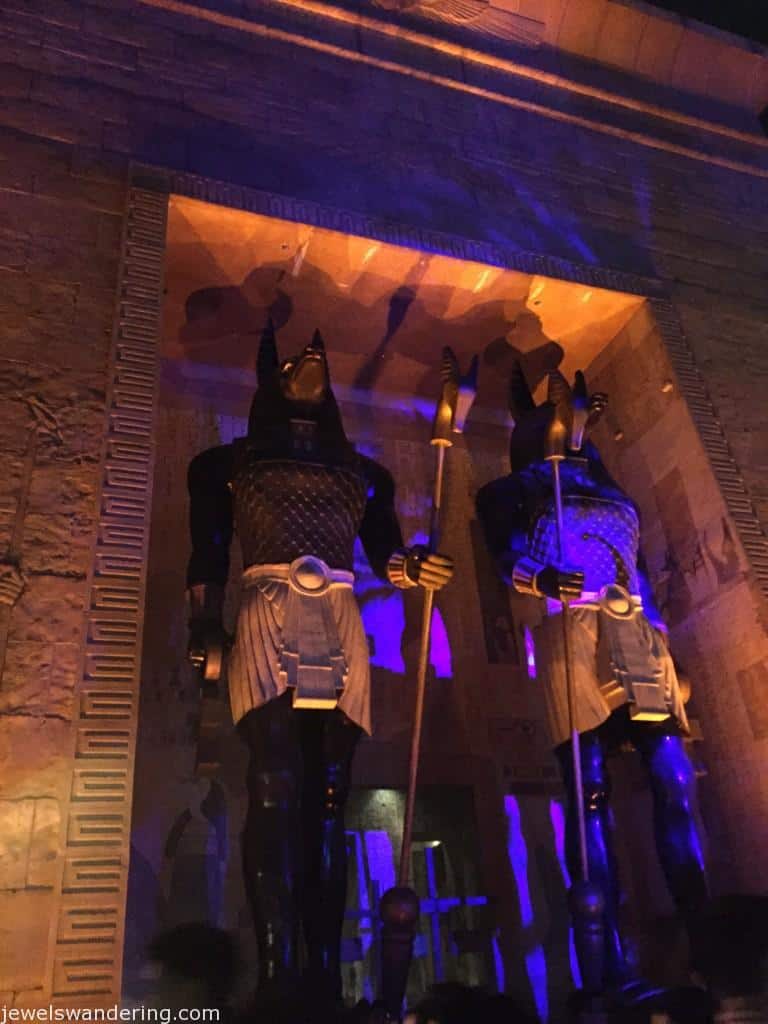 So first up, we went on the Mummy ride. The line was decently long, a cool 35 minutes or so.  Have you been on the Mummy? What’d you think?  I thought it could have been so much more fun as it was fun, but it was waaaayyyy too short. It ended just as I got into it.  Meh.

We attempted to go do the Hell House next but we were discouraged by the 2.5 hours queues. What.The.Fck? The girl attending the queue told us that later on it would get shorter if we wanted to go check out the rides instead.  Off to Transformers we went. 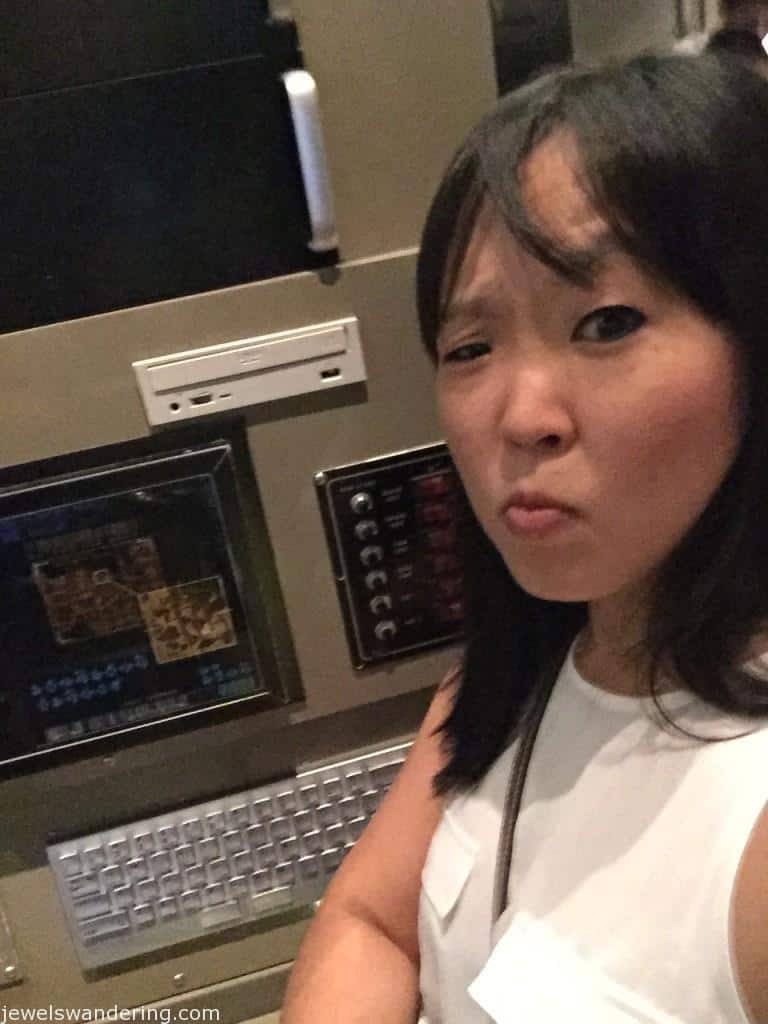 Over it! So bored of standing in line for hours on end 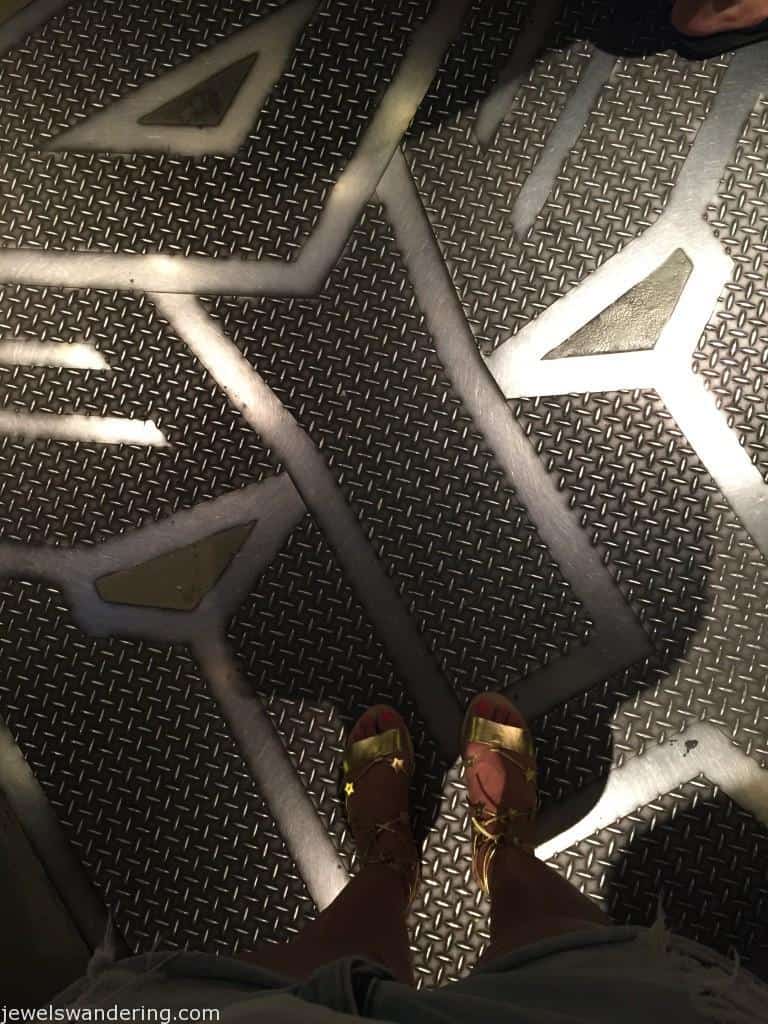 Feet were dying a slow death

Well, we waited, and waited, and waited.  I think we may have gotten “close” to the beginning, but we gave up.  We had been standing in line for over an hour already and it still looked like there was at least another 30 mins to go.  It was also 22:30ish and we wanted to hit up the haunted houses.  So we left, we waited for nothing.  We were none too thrilled and getting frustrated and angry with the way it was being run.

We got into the queue for the Tunnel People Haunted House in the New York Zone.  Which I was excited to do because I had known of the lore of the Tunnel People.  And oh yeah, I used to hang out IN the Tunnel when I first moved to New York until I discovered a classier place, Twilo.  HA

According to the prophecy, an apocalyptic clan called the Tunnel People thrives underground and they look forward to the next Blood Moon. They highly disapprove the presence of trespassers. If you get caught, you will suffer from excruciating consequences.

This queue almost did me in.  I felt like maybe I should just hang myself.  It was stupidly long and worst of all, outside. Think of all those people jammed up together, sweating like pedophiles in a playground.  Seriously, it was bad.  And my feet were hurting from having stood for so many hours.  I was not a happy camper. 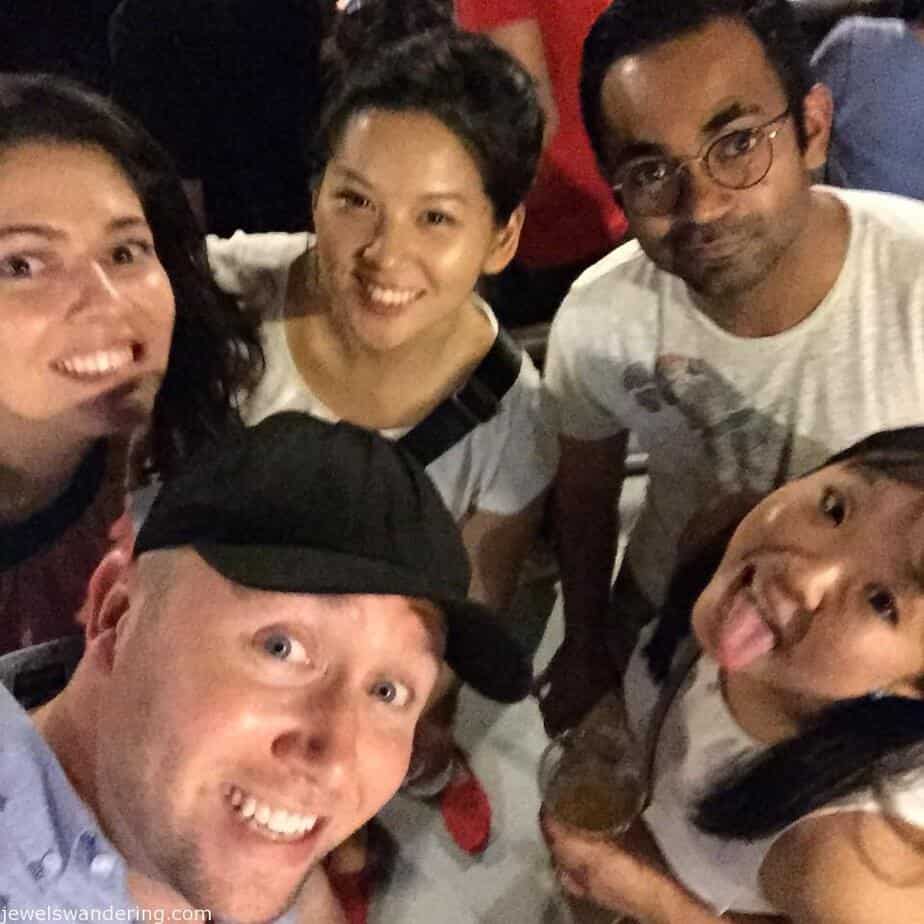 After 80 minutes, we finally got into the house.  It was good.  It smelled like you were underground, thank god it didn’t actually smell like the sewers of NYC, but… And we were all sufficiently scared.  They spaced the groups out so you couldn’t see the group ahead of you and anticipate when someone was going to jump out at you.  I am just obnoxious and was trying to scare the performers.  Not sure they were too impressed with my scary acting skills.

The problem was, the house was too short.  We were out of there in 5 minutes time, but it invigorated us to man up and queue up again for the Hell House.

The master paper effigy maker invites you to his abode. Seekers of paper effigies for the hungry ghost festival are welcome to explore.

Yeah, remember my Hungry Ghosts post? No, well, go check it out. So the Hell House was in the Hungry Ghosts zone where the set was like walking through the deserted streets of Penang with the abandoned shophouses.  Well, luckily the queue moved faster for this house and we had fans blowing overhead.  So it took us an hour or so to get through but the scariness factor was diminished by the fact that we weren’t spaced out so you pretty much knew when something was going to happen.  Well, I wasn’t too horribly scared, but I can’t say the same about my friends… 😉 But the costumes looked amazing, the doll faces definitely are enough to give you nightmares.  And yeah, dolls scare the begeezus out of me.  It was fun for sure.

At this point, it was pushing on to 1am or so but they were still letting people in.  So we split up and I went with Ana and Ted to go to the True Singapore: The MRT Haunted House and Bhavesh and Li Ling went to Battlestar Gallactica.

‘Last train’ are dreaded words for late-night commuters. Good thing, Zac has been quite lucky for always making it to the last train. However, today, he wished he had missed it.

Again, another even longer queue then the Hell House.  My feet had died a slow death already and any opportunity to sit down, I did.  It was not fun and I was definitely cranky at that point.  But wait we did and I’m glad we did.  This was a great haunted house, rather subway car.  Again, we were walking through it with a bunch of people but it was still really well done. The whole overall effect was well done, with the squishy wet grounds and the buried people on the floor. 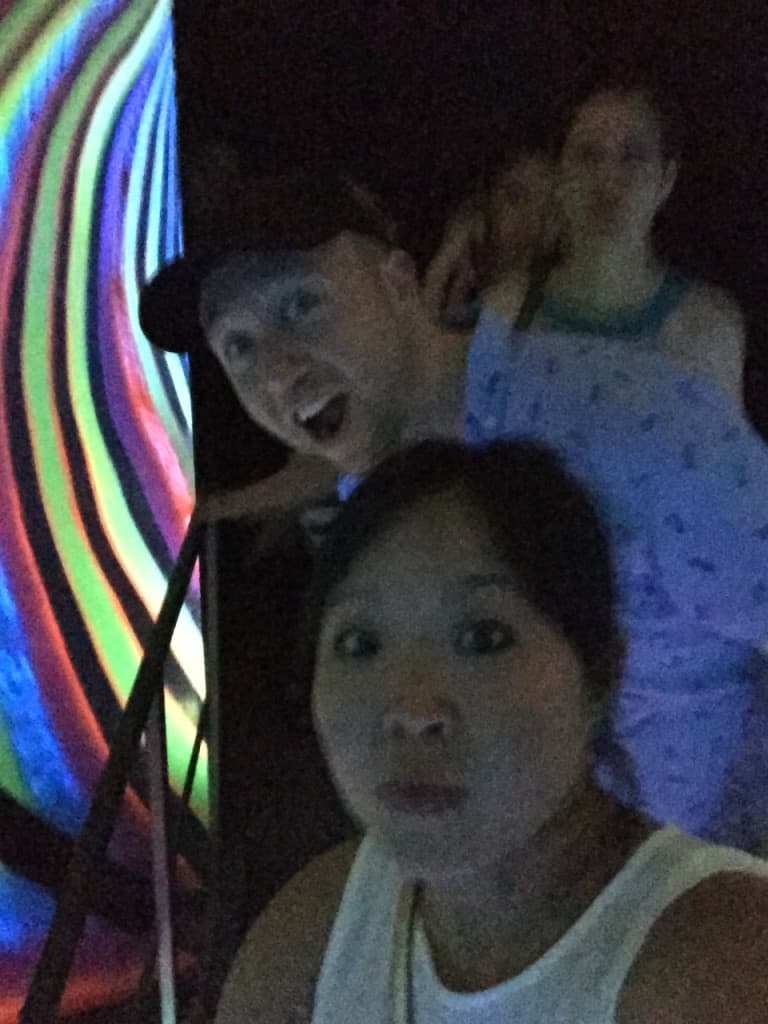 My “scared” face.  And actually, Ana has no face.  Scary. Those are the only pictures I sneakily took in the haunted house.  I’m such a rebel. And with that, it was close to 2am and we were all shattered.  Would I go again? Only if I have the Express pass because honestly, I ain’t got time for all that waiting around… It was sucking the life out of me, maybe that was the point…?

For a more comprehensive guide of Universal Studios in Singapore, check this post out by the Creative Travel Guide guys! Have you been to the one in Orlando or LA? What’d you think?

After an Abdominal Myomectomy: Part III