It’s been an interesting month or so since I’ve moved into the new digs.  I am totally in love with the new neighborhood and wish I had moved there sooner! But I’m here now and I feel so much happier in this new environment.  That being said, it has been a right sh*t storm the past few weeks, hence the title of this post.  And it’s a great way to catch up with you over what’s been happening in this part of the world! So the weekend I moved out of my old place, I was suffering from the woes of an ingrown hair. TMI? Well, too bad! Hehe But seriously, that ingrown hair then got out of hand and resulted into an abscess. Argh. I went to see my doctor on a Friday and she prescribed me some antibiotics, an antibiotic cream and a disinfectant type wash. Well, over the course of the weekend, it just kept getting worse. So Monday, I was back in her office and she said, don’t worry, it’s normal because I was swelling up. She told me to stop the wash and cream so I did. The next day, holy moly, I swelled up like nothing I had ever seen before so needless to say, I was back to see her on Tuesday and then she got worried I may have cellulitis – a pretty gnarly skin infection – so she sent me to the dermatologist. Luckily it wasn’t cellulitis, just a weird allergic reaction to one of those things to this day, we are not entirely too sure why that happened. So, the new doctor put me off the original antibiotics and prescribed me a stronger one with a heavy dose of steroids which totally wiped me out that first week. I lost my appetite but by not eating, I was getting all woozy from the meds. Let’s just say it wasn’t a fun week.

Moving on along, I came home one night to realize I couldn’t get in. I realized I was locked out of my house from the inside. WTH?!? So my door has a lock and a safety latch and somehow that latch was activated, preventing me from getting in. Argh! I realize George must have accidentally put the latch on while I was away? Or was he purposely locking me out of my house? Smart cat! 😉 I was pretty frustrated at being locked out, especially since a few months before I was properly locked out of my house because the lock became faulty and I had to call a locksmith out at 4am one morning and I had 5% battery life left on my phone. Argh. That was an expensive night! So, here I was again, locked out of my house again. And I had just come home from the gym and I had just done take away and all I wanted was a quick shower before sitting down to eat my dinner. Instead, I was frantically trying to get a locksmith to come out asap. I resorted to eating my dinner on the stairs.  And a picture of George, just because! 😉

I decided to fiddle with that latch again and I realized that one of the screws was loose. So I kept fiddling with it and eventually it gave and hurrah! I was in!! I may or may not have done a happy dance and then I had to quickly call the locksmith who was on his way over. He got so pissed off at me as he was en-route. Gaah. But at least I was in and didn’t have to pay an arm and a leg for the locksmith! Woohoo!

So after just shy of of 2 weeks of being on strong, strong antibiotics and steroids, the course finished and off I went to see the dermatologist again. At this point, I was luckily all better. I was so happy to be done with the antibiotics and the steroids.  However, a couple of nights later, I woke up in the middle of the night feeling a bit itchy. I woke up and I was covered in hives. FML. My neck, my armpits(!) and chest were super swollen. My arms, thighs and stomach were covered in hives. Umm. Fabulous! I took two antihistamines and luckily it did the trick.  I managed to fall back asleep after a while but woke up feeling exhausted. The next night, however, I started getting all itchy again and my hands and feet were super itchy and starting to swell up; I was starting to sweat like crazy and my breathing was becoming labored. My friend had advised me that next time it happens, I should get myself to the hospital asap as I could be going into anaphylactic shock. So of course as anyone would do, I googled the symptoms and realized, yep, I could very well be going into anaphylactic shock right now.  So off to the ER I went, or here we call it the A&E.

I have to say, I was not very impressed with the whole ER process. I had to first sign myself in before they even ask WHY I’m there?!?! I was at the counter and holding on for dear life because I was soo dizzy, I thought I was going to pass out. I was told to hand them my employment pass so they can register me and to sit down. Umm, ok, so theoretically I could have just fainted then and there, but no one was coming to help me. I managed to sit down and then a nurse called me in to check my blood pressure and heart rate. My heart was racing, my blood pressure was fine. 😉 They then had me do an EKG, weirdly. Ok. After that, I was told to go and sit down and wait for the doctor. The wait time to see a doctor was approximately 4 hours. I had had a puff of my inhaler before heading to the hospital and an antihistamine and I guess by then it was working. I waited around for a couple of hours but since I was start to feel better and I clearly didn’t go into anaphylactic shock, I checked myself out. I will now be going back to my dermatologist to do an allergy test to hopefully find out what I’m allergic to.

And oh, through all of this I got word that my desk at work is shutting down so my last day at work is 31 July, so I now need to find another job if I want to stay in Singapore, otherwise 31 August I will have to bid adieu to Sing Sing. I am hoping to move internally, so fingers crossed! But yep, my life is completely up in the air at the moment, I could be really stressed out over things and maybe why my body is reacting in this manner, who knows? But I’ve also realized, it is what it is. It will all work out in one form or another and I’m just rolling with the punches.

I hope everyone had an amazing Mother’s Day weekend! I was down in West Java, Indonesia this past weekend – post to come!! I swear!! The pictures are too pretty to not write a post on it! 😉

Hope everyone is well!! x Thrill of the Chase Leopard Skirt Make It A Date Night Dress 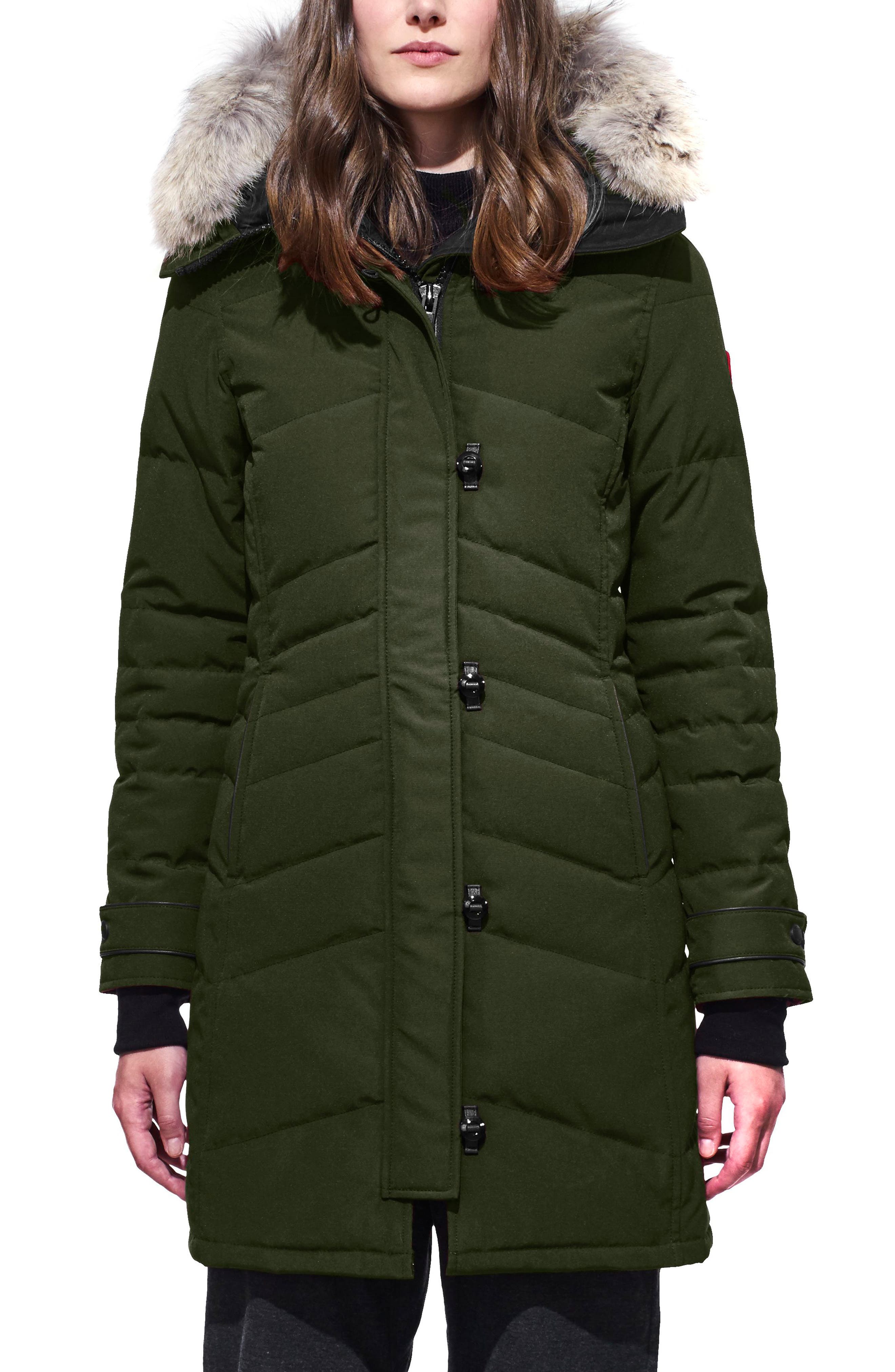 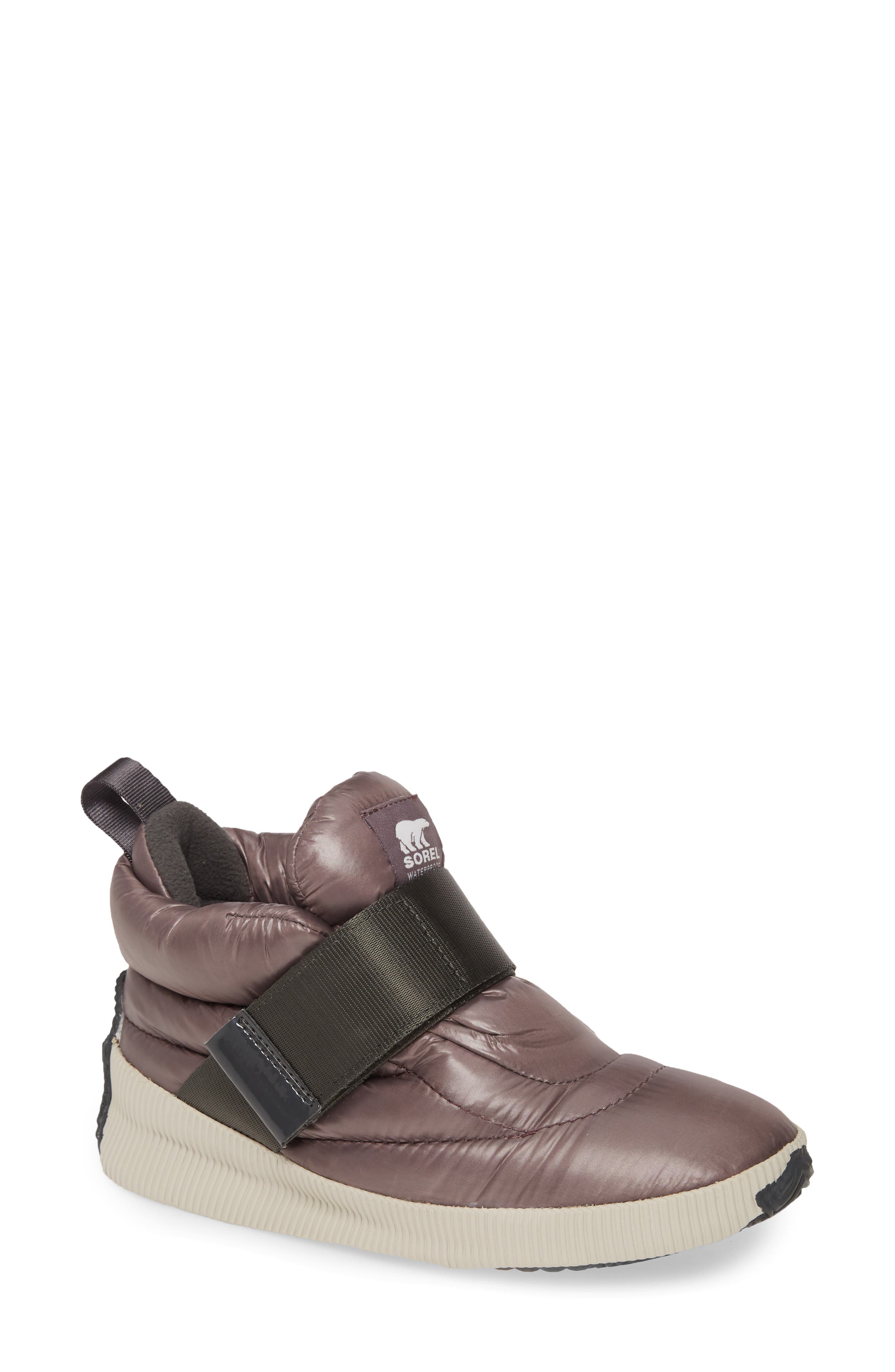 Sorel Out n About Puffy Sneakers 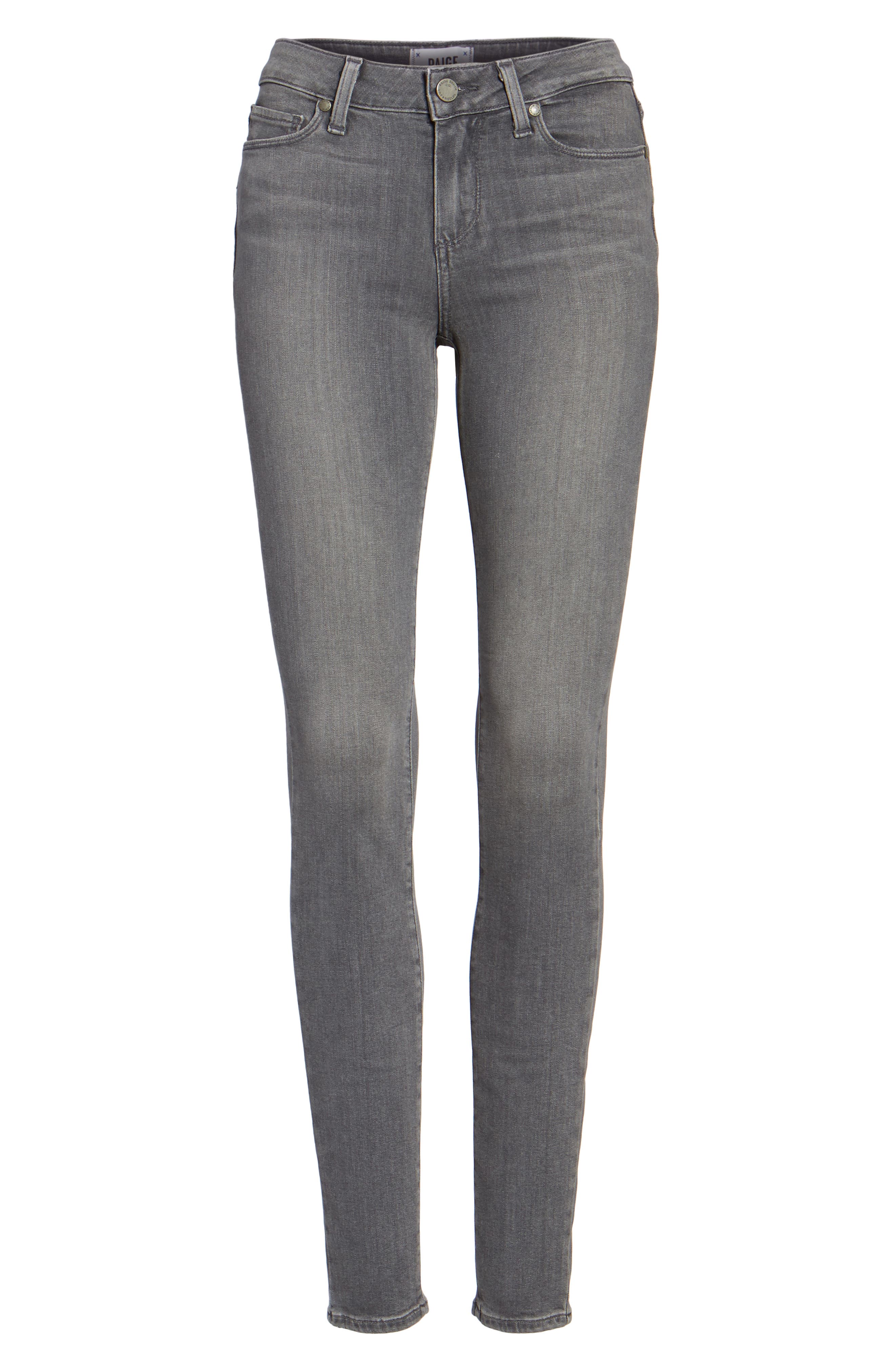 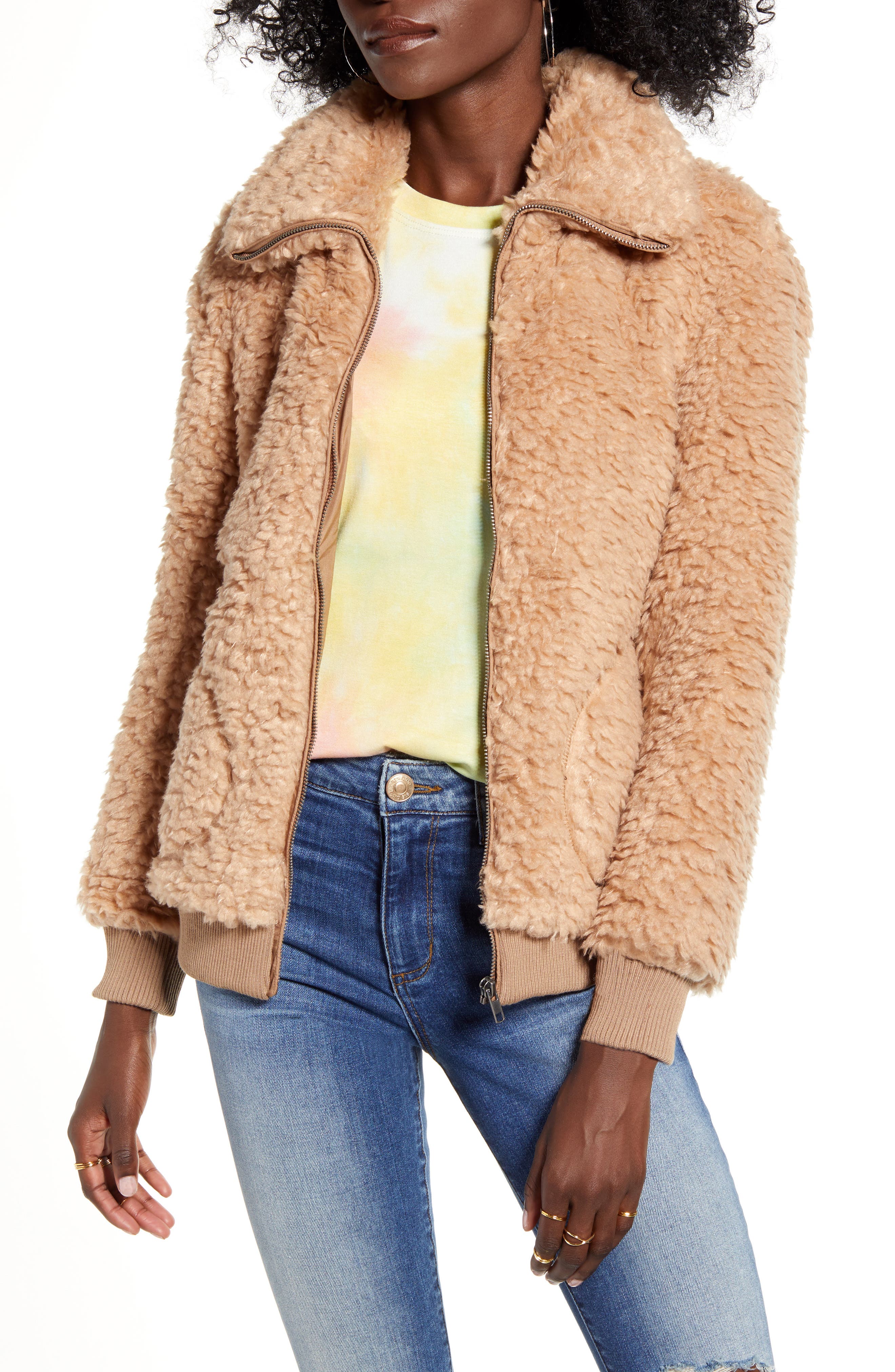