Huzzah! It’s finally Friday and I can’t believe that last week I was on the road to Redang! You’re probably wondering why the journey there merits its own post, but let me tell you that the journey to Redang was an adventure in itself!

We actually left on Thursday after work, but that was just one leg of the journey.  As soon as I could, I left work and headed to Changi to catch my flight to Kuala Lumpur (KL).  And poor Bhavesh had already missed his flight to KL and I was frantically trying to find him another flight but as it was the kick-off to the holiday weekend, the one flight we could find was just ridiculously expensive.  And then it was gone. So I told him to get on the bus to KL – not only would it be much cheaper, like much, much cheaper, there were also loads of spaces on the buses.

I landed into the outskirts of KL and promptly forgot that I should have taken the train from the airport into the city, so silly me got into a taxi. Luckily, I didn’t get stuck in traffic into KL and the ride was pretty quick.  I got to the hotel and met up with Ted.  Together we met up with the others at Opium who were busy tucking into a feast and imbibing on their gorgeous cocktails.  Ted and I quickly dived in. I ordered my usual Jade Temple cocktail but it was cool to see their 50 Shades of Grey cocktail – complete with handcuffs! 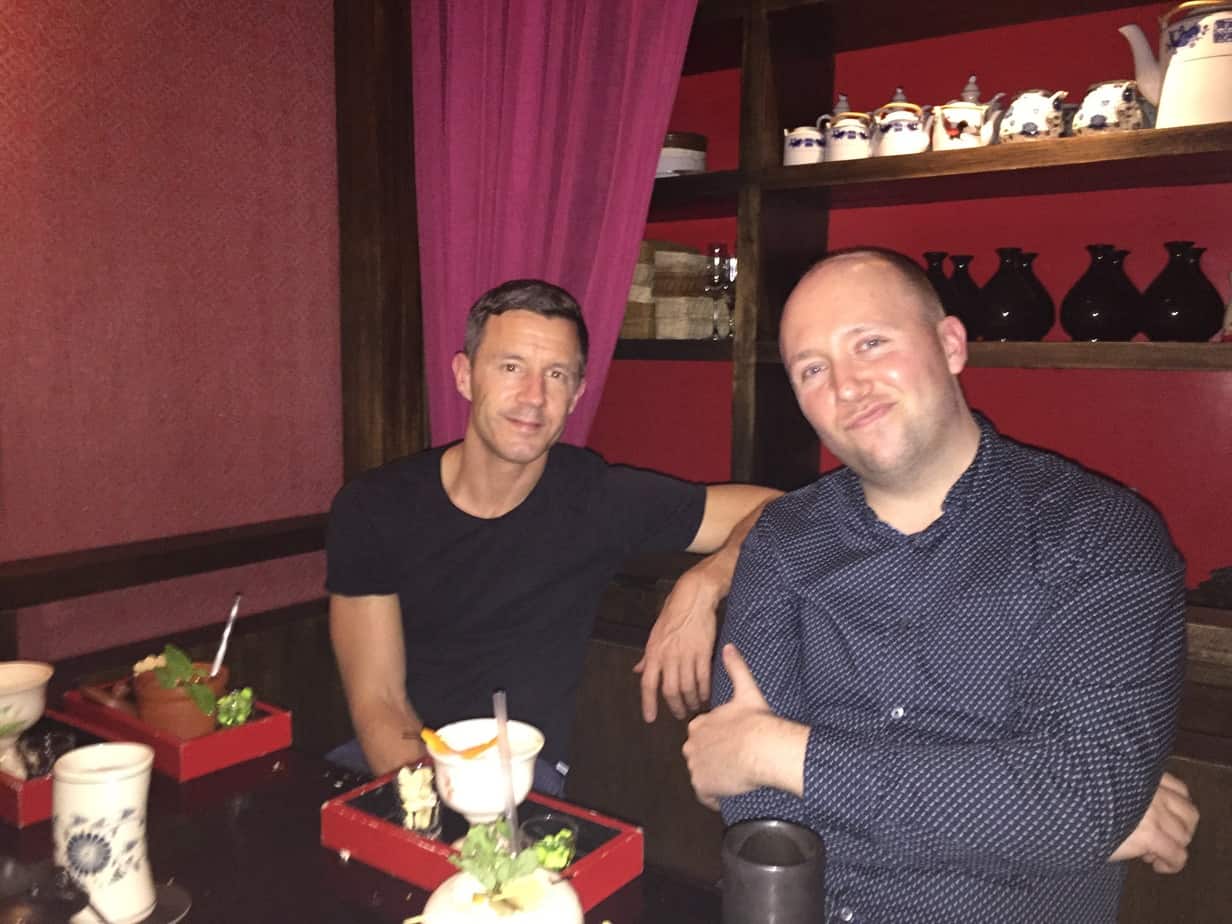 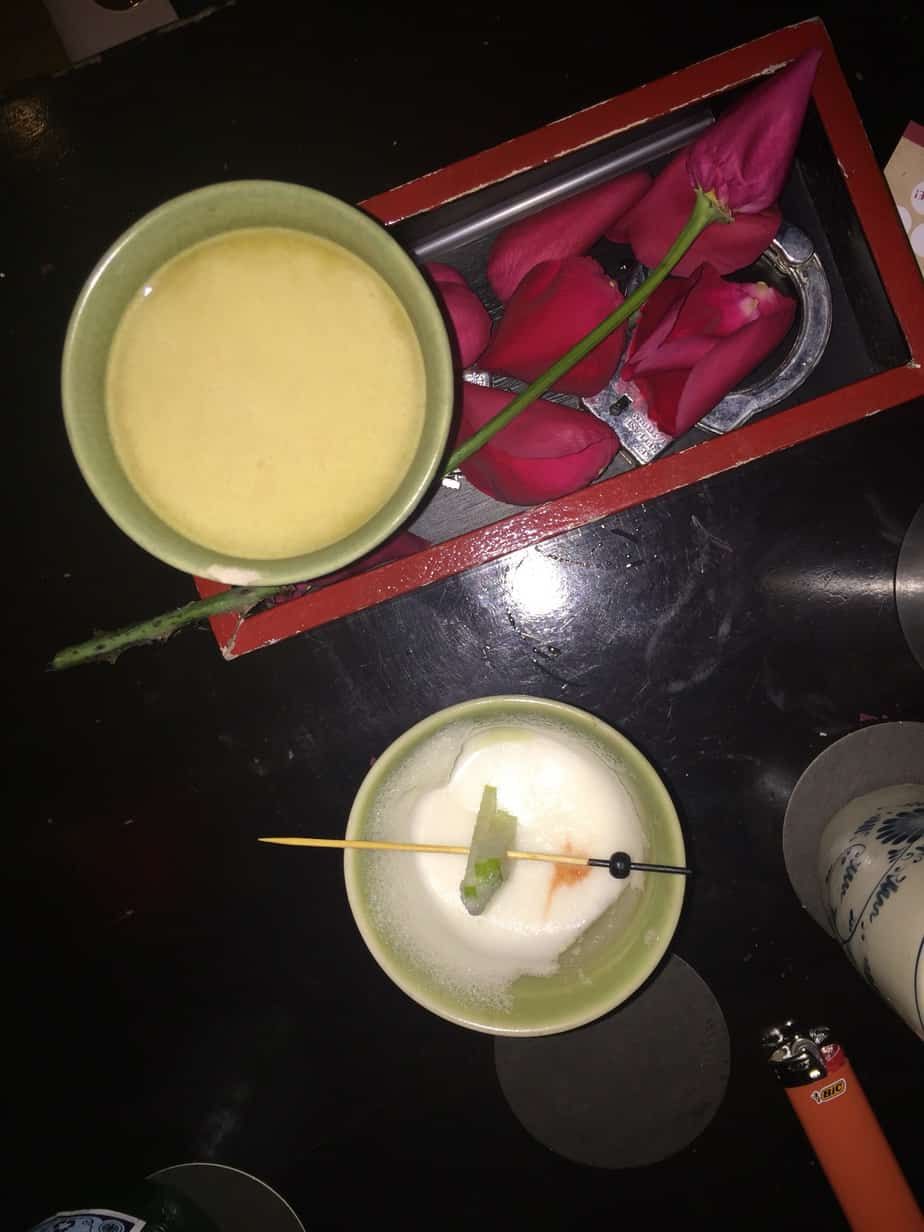 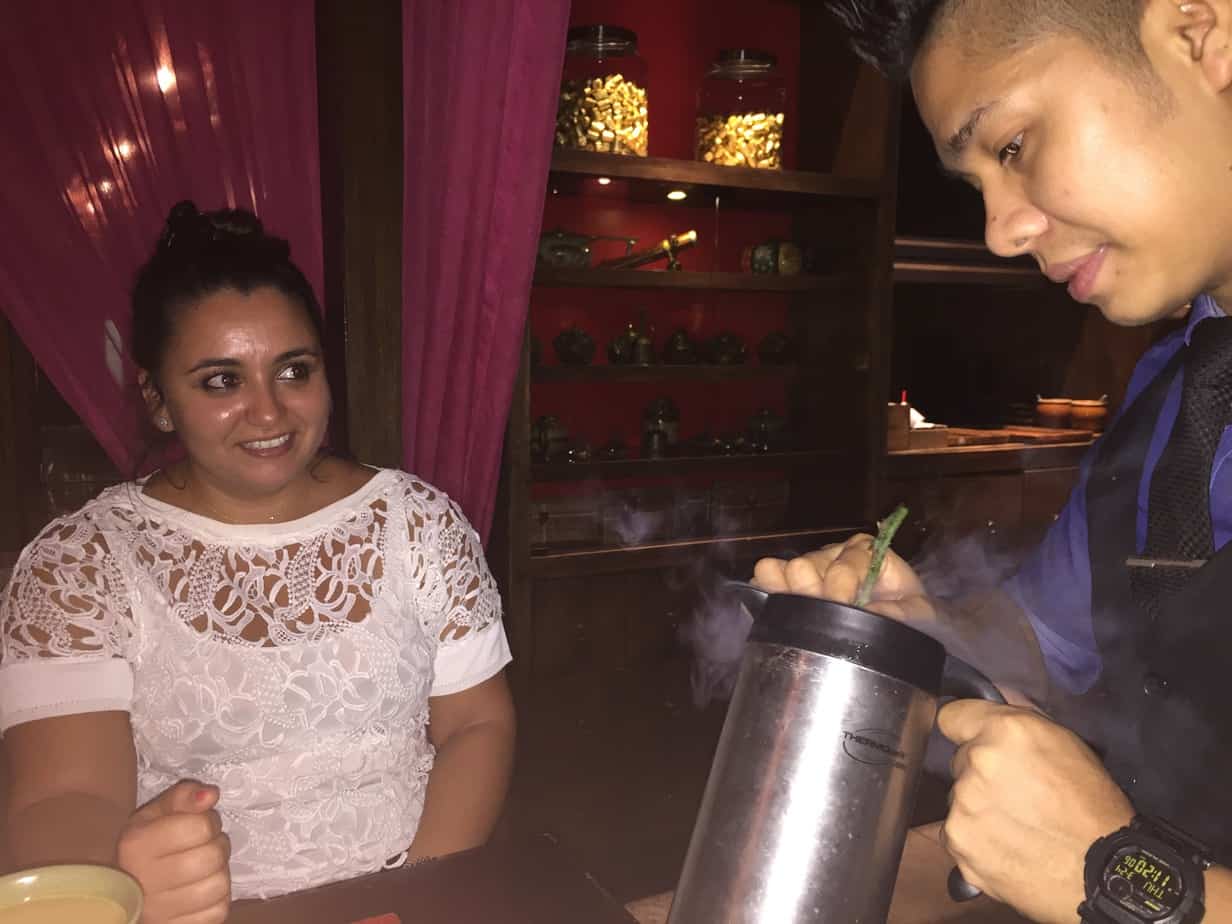 I had a couple drinks at Opium and then I called it a night.  I was pretty shattered from the night before and the next morning would be an early start.  So I walked back to the hotel with Ted and Gijs and I passed out.

The next morning, we all met up at the hotel lobby for 4:30am.  Yes, 4:30am is an ungodly hour to be anywhere in my opinion.  I was definitely not in the best of moods. Ha.  We all piled into the van and I tried to pass out in the taxi, but not only was their a mosquito along for the journey, there was a little cockroach in there with us.  When Bhavesh (who had managed to arrive to the hotel in time to head to the airport) pointed out this cockroach, I jumped in my seat into his lap. I do not do cockroaches very well. 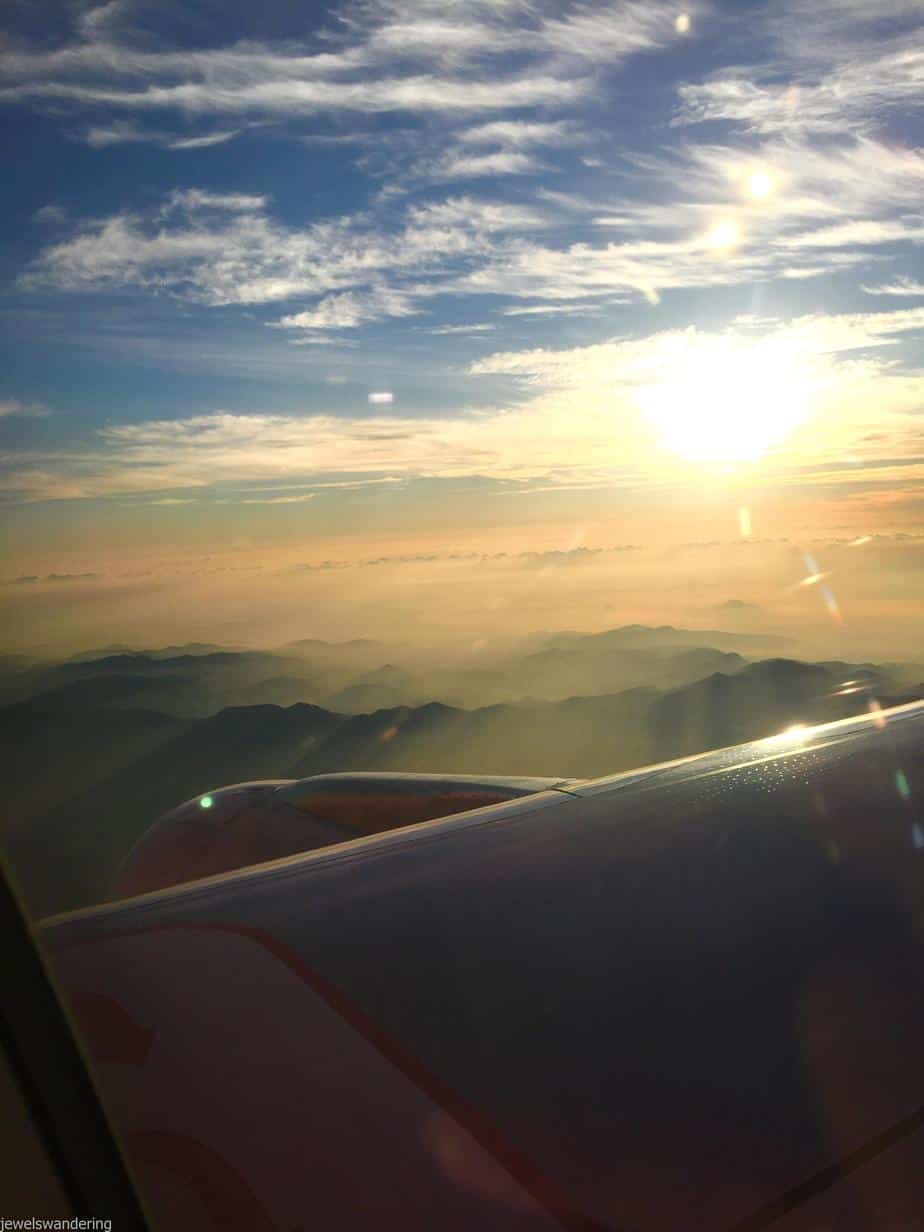 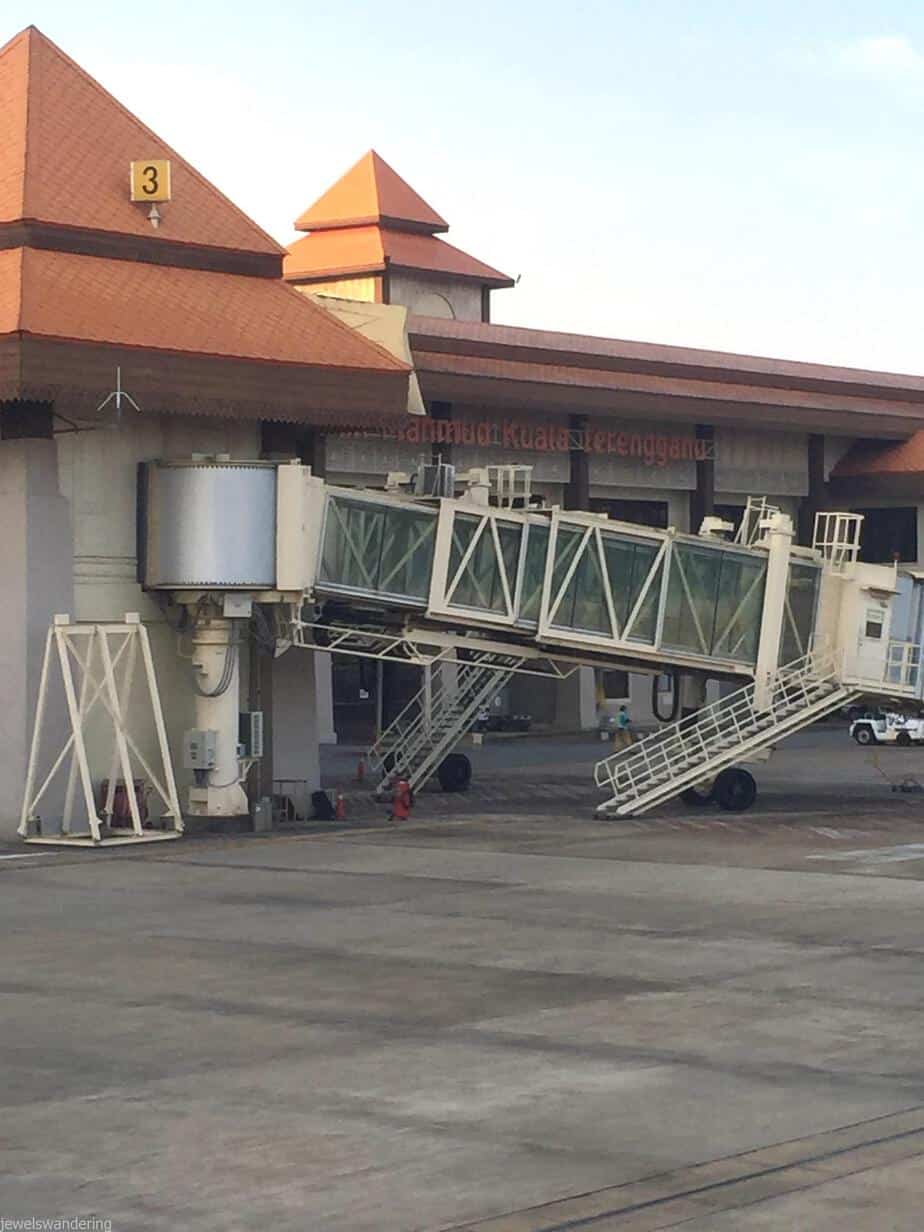 From KL, you have to fly into Kuala Terrenganu.  The airport there is quite cute and much better then some other airports I’ve been to around South East Asia. Luckily the flight there was just under an hour so I managed to get a little nap in.  Was much needed as we now had a 40 minute taxi ride to the jetty. The taxi ride was surprisingly quite cheap – I think it was 55 Ringgit ($14) which we split between 4 people. 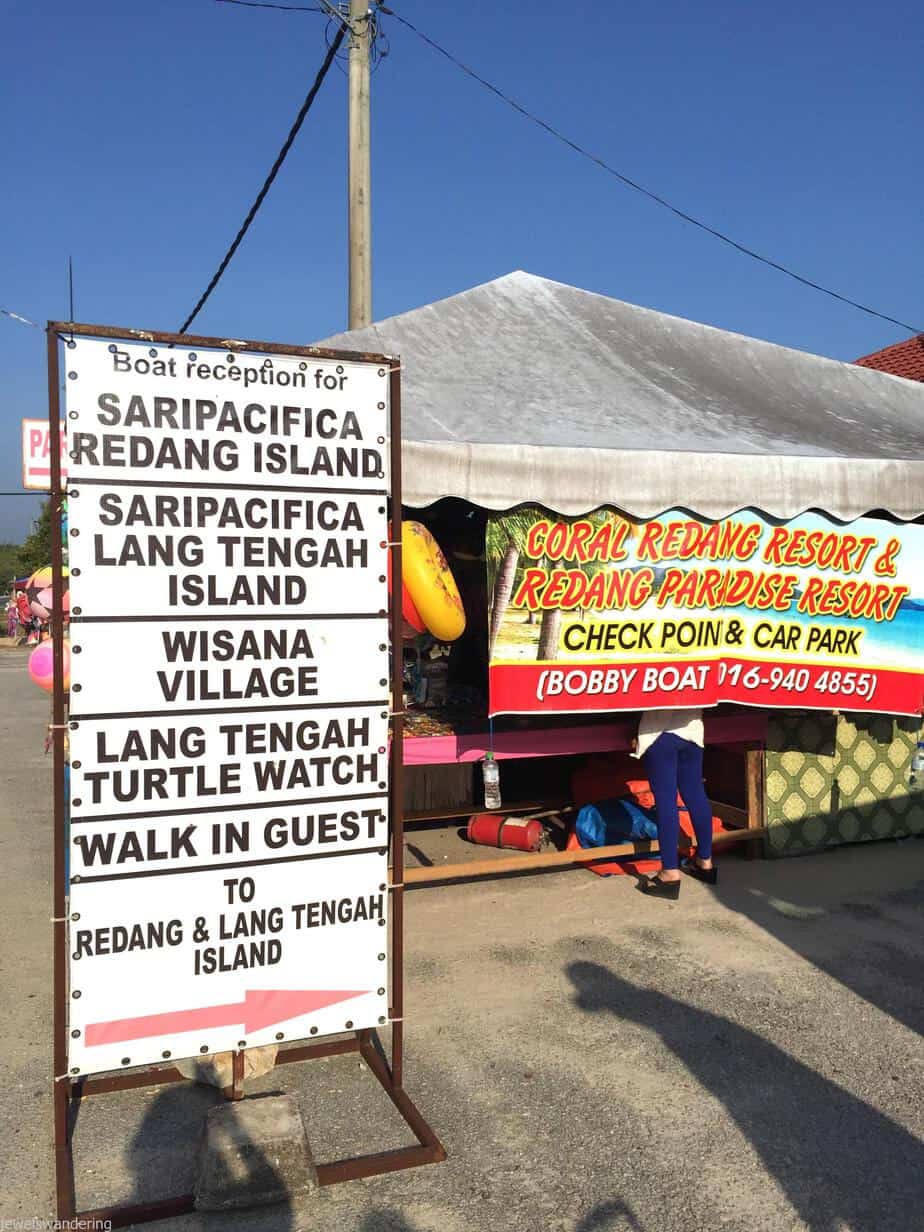 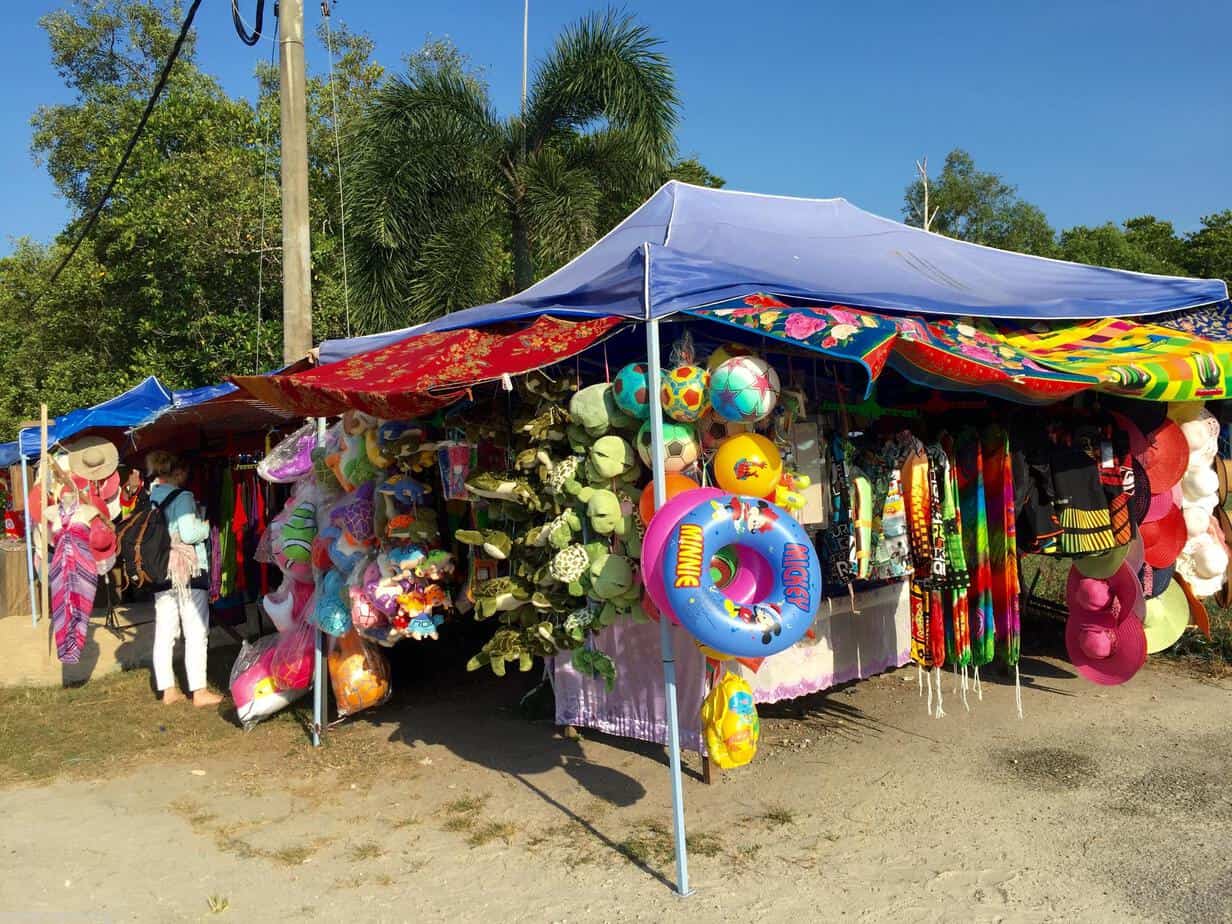 We finally made it to the jetty and we paid some fee for the conservation of the area.  Or something like that.  And picked up last minute supplies, like sarongs for the beach. And then we were informed our speed boat had arrived which we had arranged with our hotel, so we all piled in. 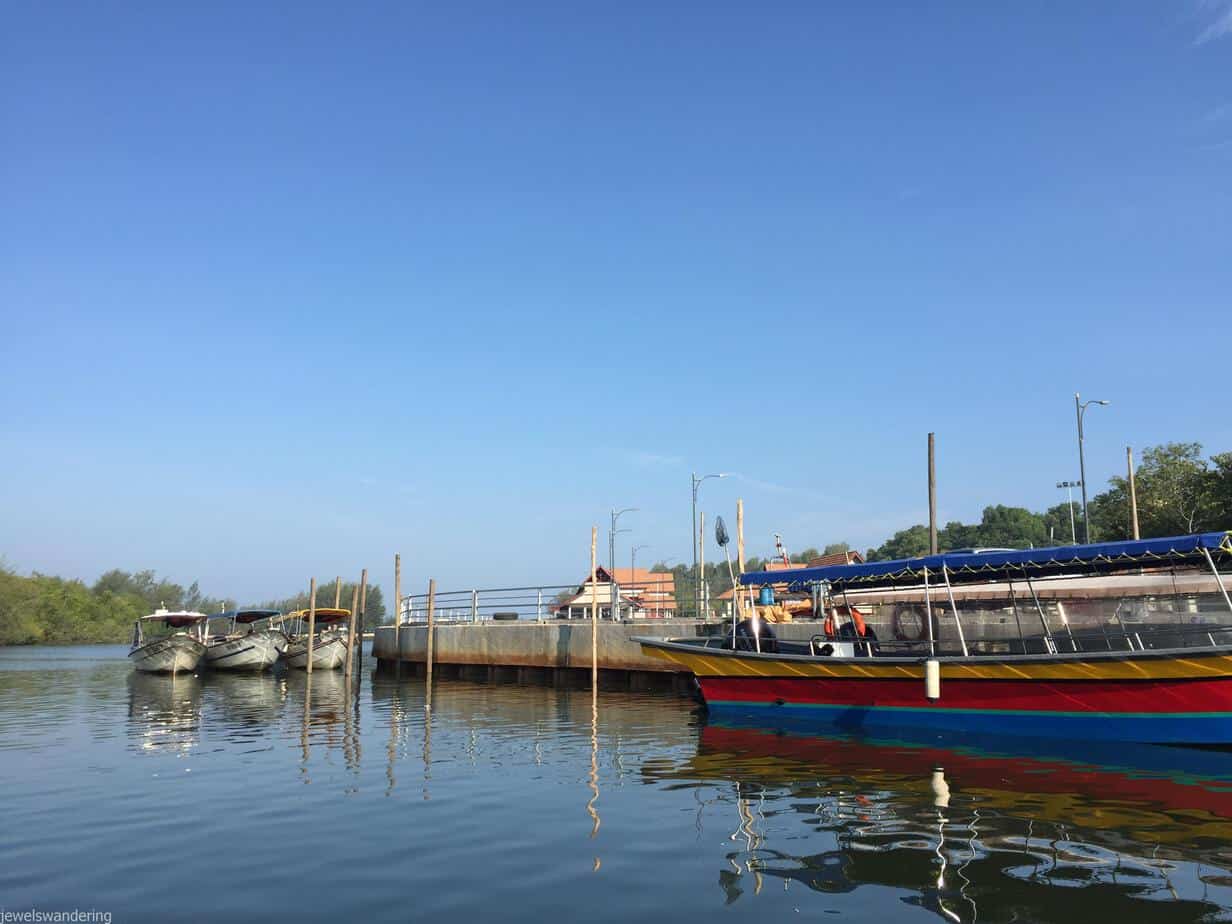 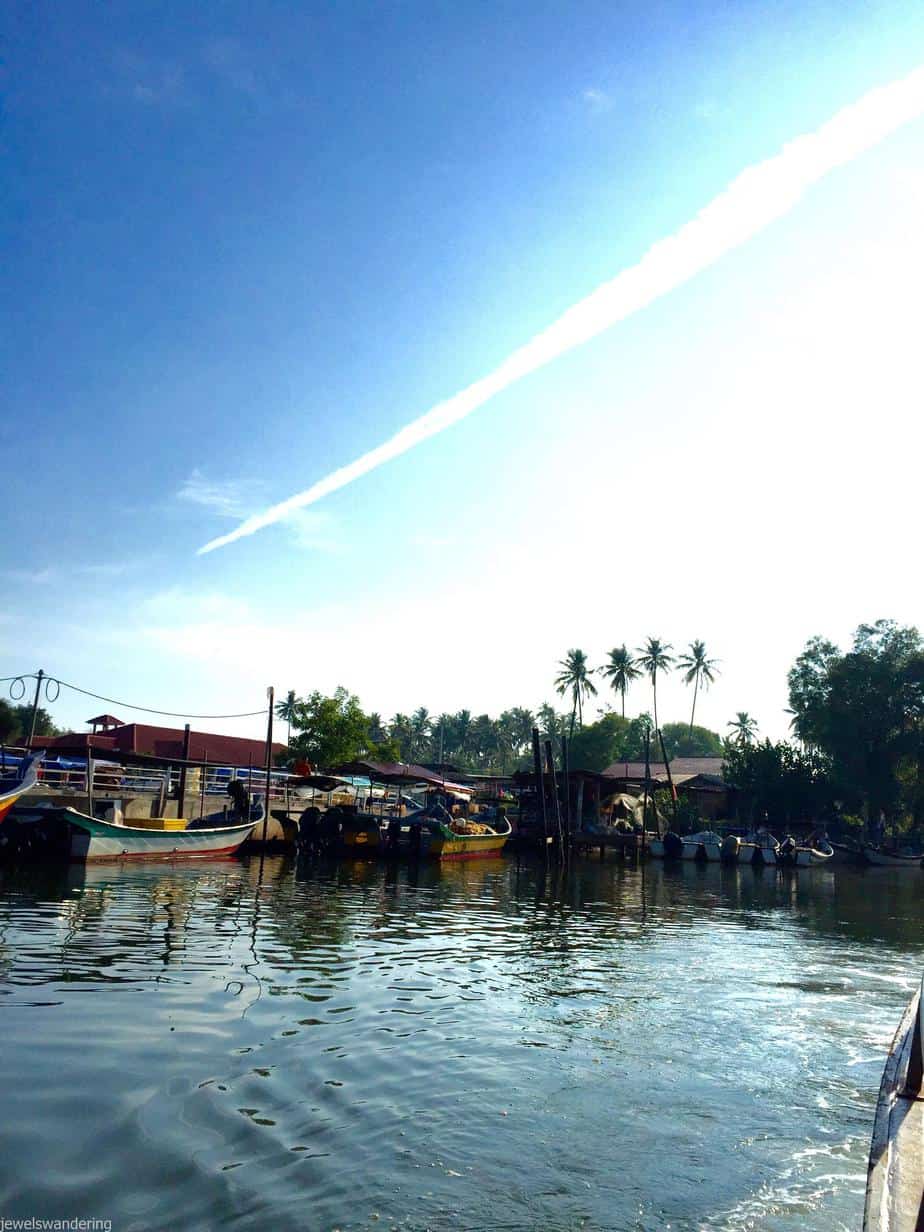 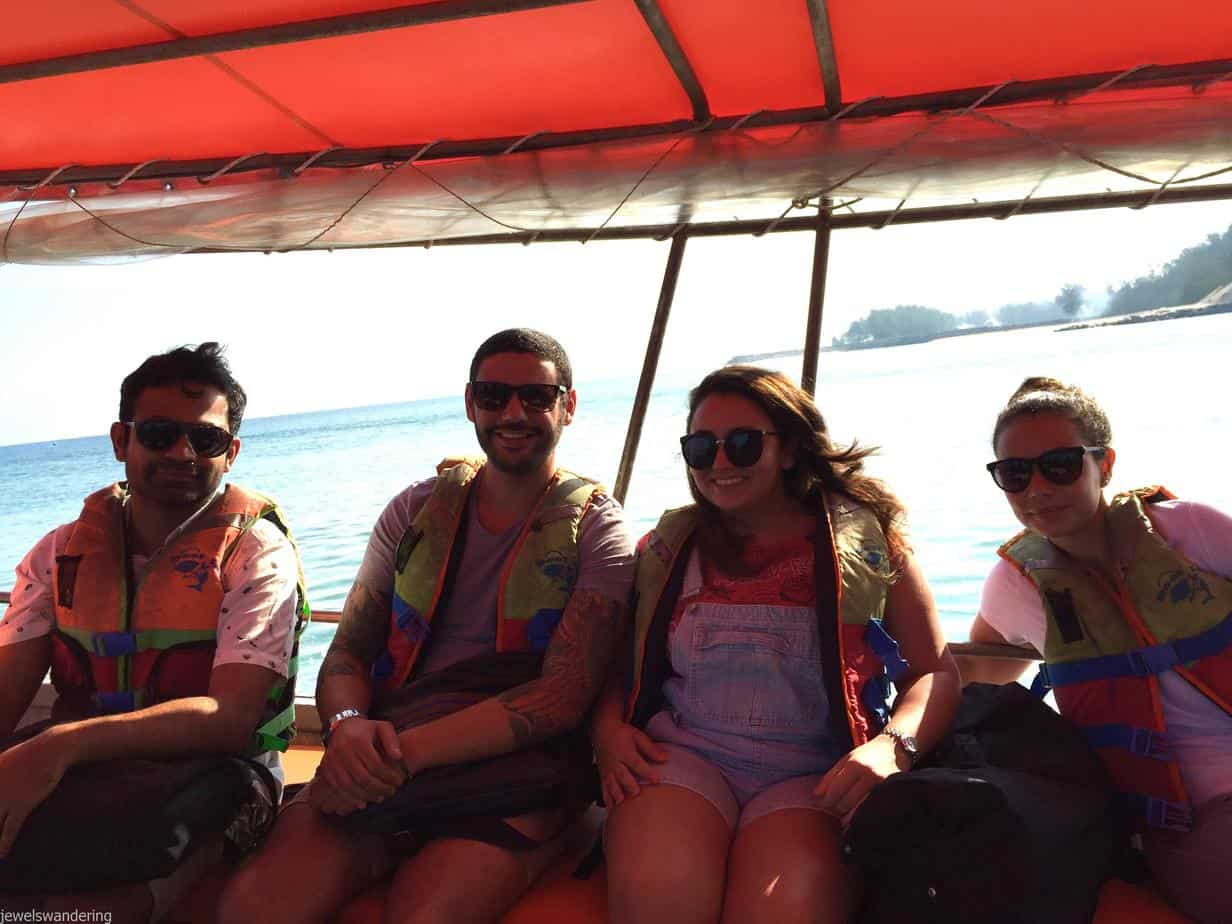 I was taking it all in.  I have to say, the jetty area had a bit of a stench to it, like sewer smell. Yuck. But then we were off to Redang! By speed boat, it’s normally a 40 minute ride and luckily the seas were calm and we arrived without any incident. And the whole way there, I was seriously marveling at the water.

Seriously the prettiest water ever! And when we finally got to the resort, the views were just so idyllic. 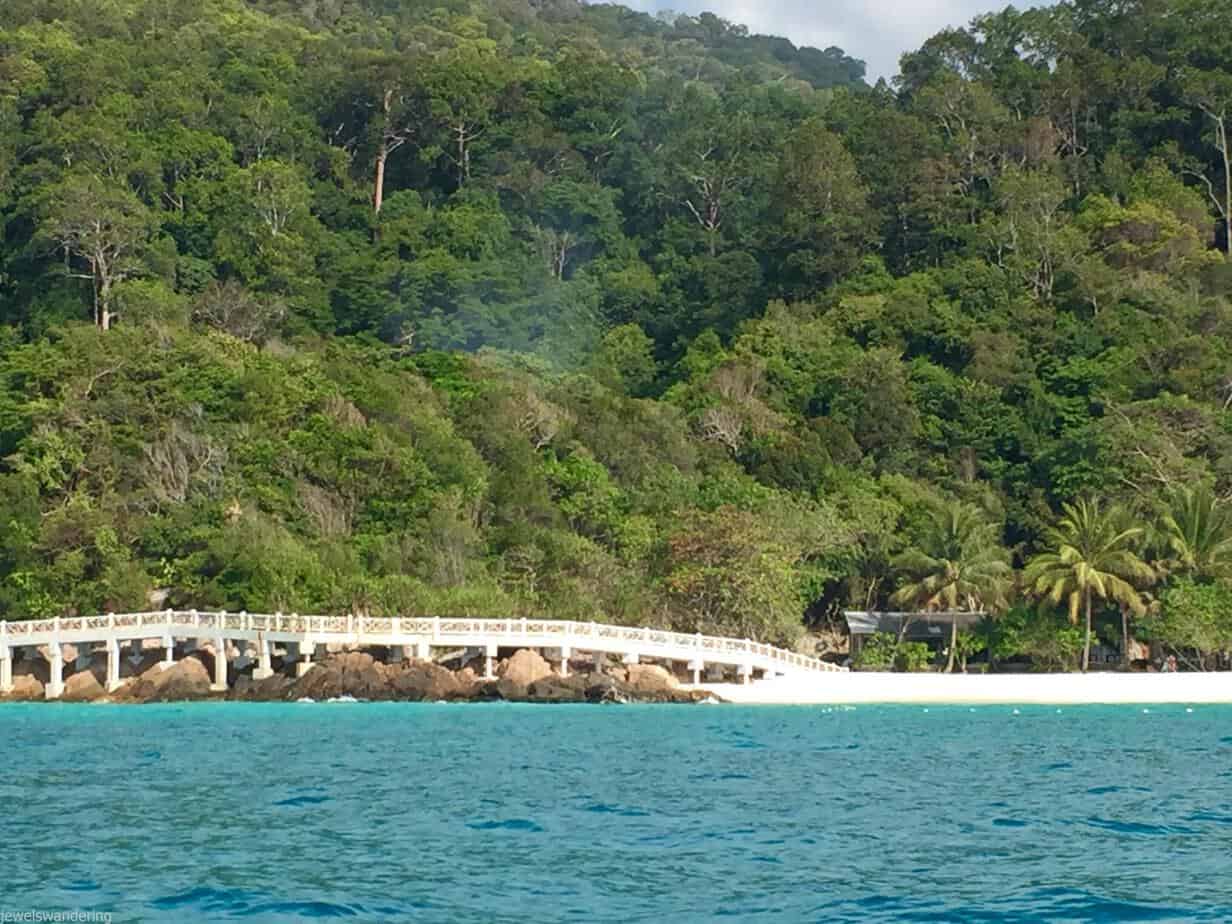 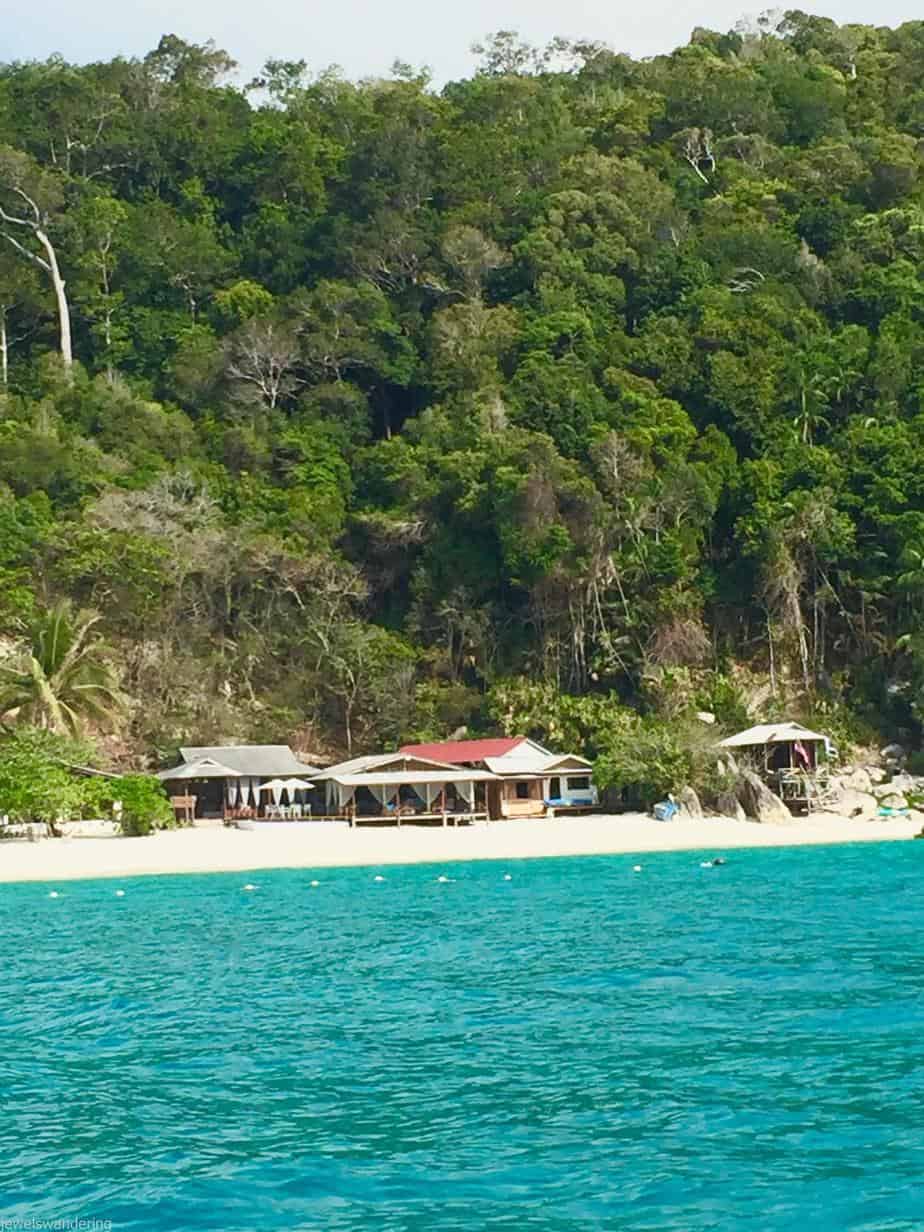 Now, let me tell you, the journey back to Singapore seemed so much longer.  It took me 9 hours to get back and I almost thought I would miss my flight to Sing in KL.  Needless to say, I was pretty shattered when I finally got home and went to bed as soon as I got home.

The day before I left the island, it took 2 hours just to get to the mainland. The seas had  been super rough and the day we left, although it was a bit calmer, it was still pretty rought.  Let’s face it, when the seas are choppy, a boat ride is just not fun at all! We were being thrown up and down for about an hour like a rag doll.  At one point, one of the engines stopped and the guy was trying to get it to work again when it seemed like the other engine was also about to crap out. Luckily, it didn’t but we were already stressed out and we had flights to catch. I made it back to the mainland intact, but just.  My liver, kidneys and my ass were in pain. Luckily I didn’t get sea sick! 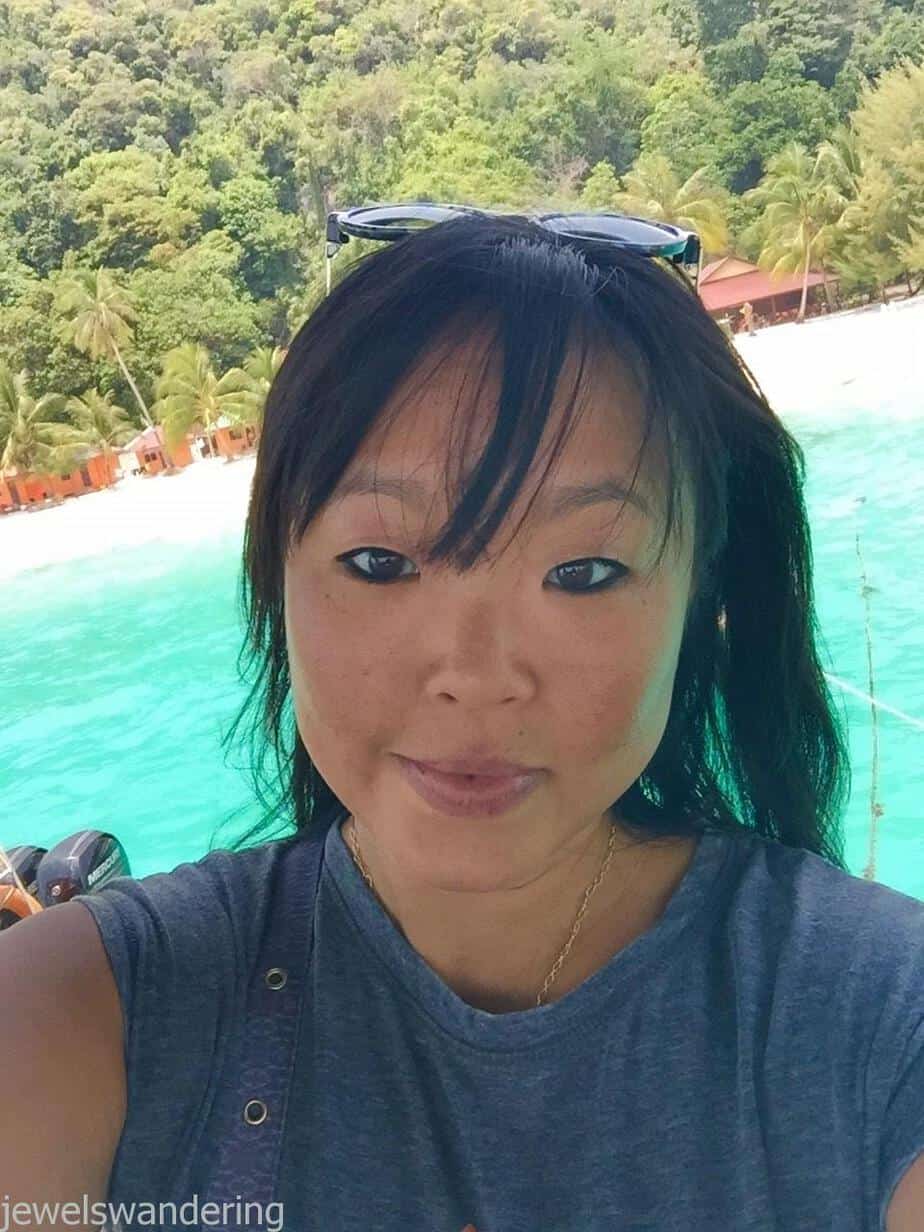 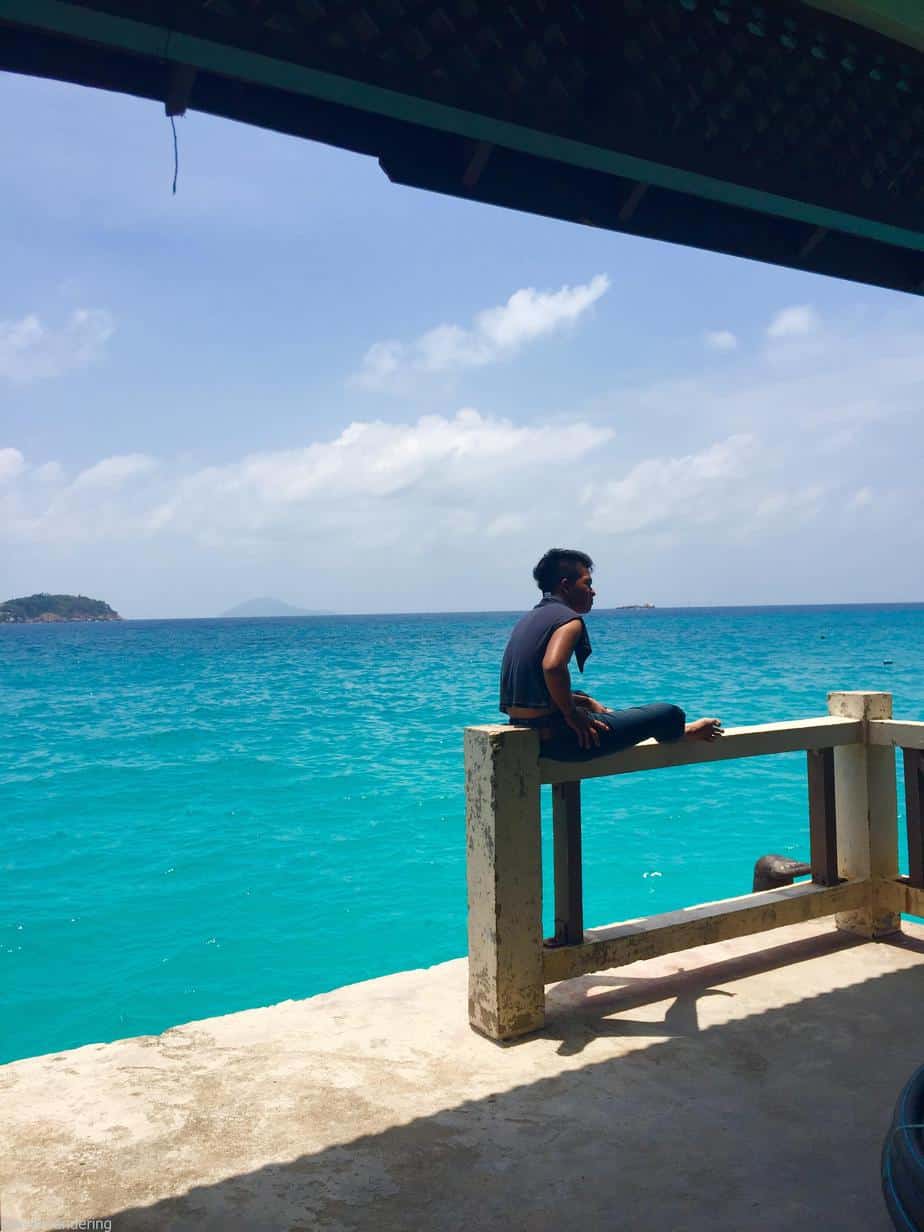 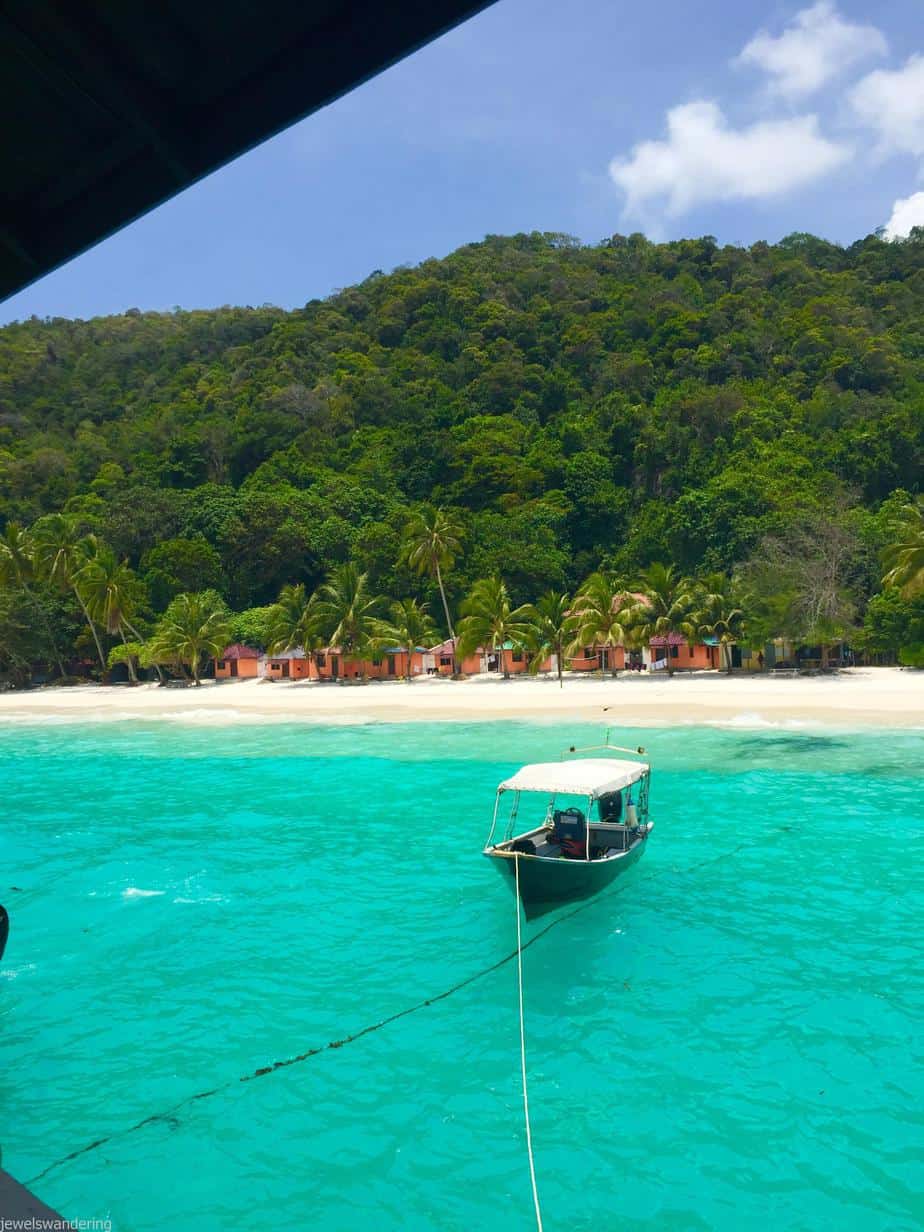 Leaving paradise is never fun.  And with that, I’m going to go daydream my weekend away! Have a great one!