I’m not sure if the weeks are dragging or they’re flying by, but either way, East Timor seems like a lifetime ago and when I check the calendar, it tells me that I only got back less then three weeks ago. How is that possible? It seems like ages ago! And ashamedly, I haven’t even finished blogging about my trip.. I know, I know, I’m an awful blogger.  But since I’ve come back, it’s been go, go, go. I feel like all the rest and relaxation that was done has been completely unraveled.

Then again, I’m not exactly complaining because it’s been fun, fun, fun.  And well, you can always rest later… So what has been going on in this part of the world?

So I ended up having a birthday brunch the day after I got back from East Timor – it was fun to have my different group of friends all in one place, but also slightly stressful as in the end we were a group of 16. And it pissed it down! But everyone got along so that was a relief!

My lovely girlfriends from different walks of life – from high school, from NYU and my little sister from another mother/father.  We actually didn’t take too many pictures that day, we were all having fun! 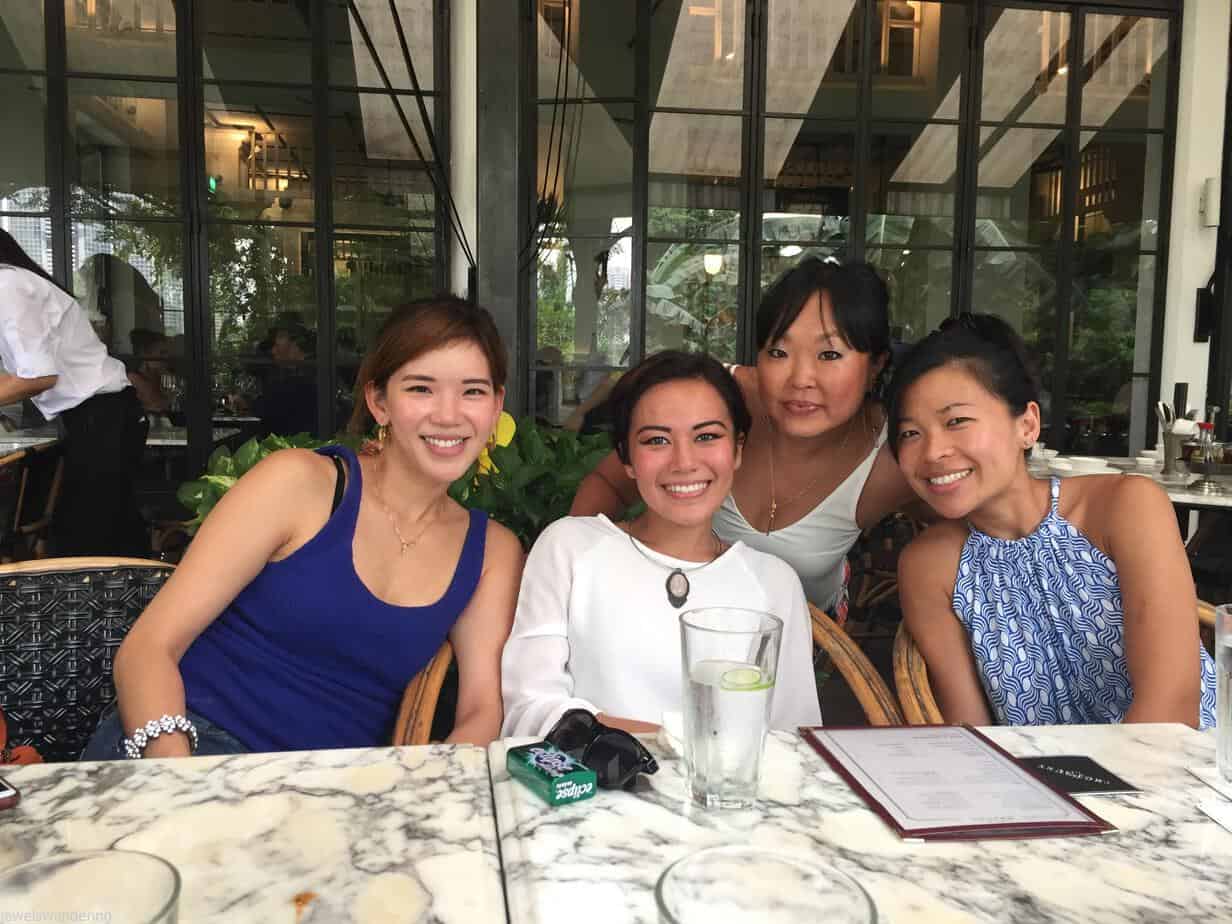 It was then back to the grind with work, yay…! Can you hear the sarcasm? Ha. But the weeks have been certain due to a certain someone.. There is no shortage of laughs and silliness with him and it’s been fun and refreshing. And well, I like him… Teehee  So my lovelies, meet Leroy! He’s from New Zealand and I must say, I do love his accent.  But then again, I’ve always been a sucker for accents! 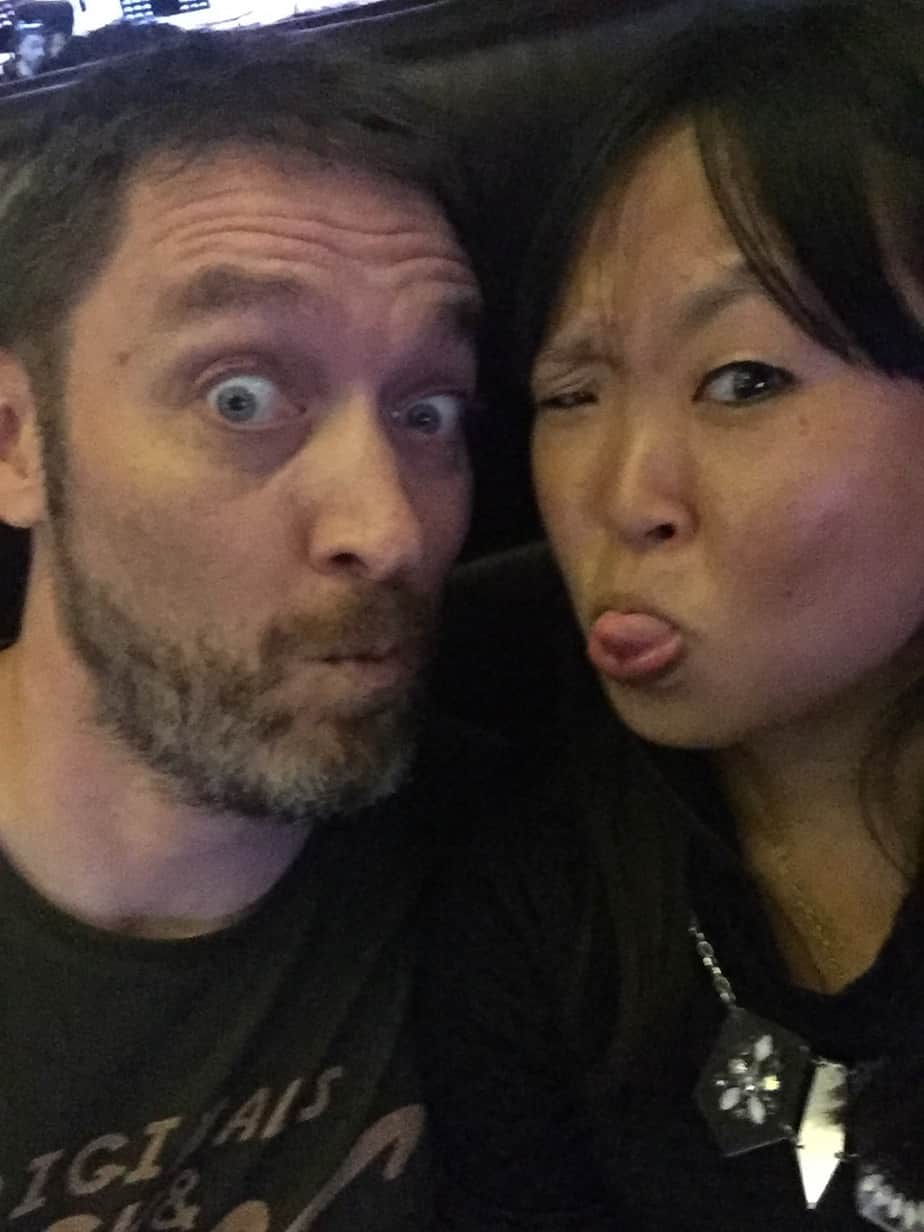 One of my good friends from London was in town for the week with work.  I can’t even remember the last time I had seen him but we finally got a chance to catch up! He had been in Sing before but we couldn’t make it work but finally!! He actually doesn’t terribly far from me – he’s based in Manila, which is like a 4 hour plane ride?  Ok, ok, it’s not exactly super close but it’s closer then London!  We used to sit next to each other at work many a years ago in London! Goodness, it’s been a lifetime!! I definitely need to make a trip out to Manila for a visit! 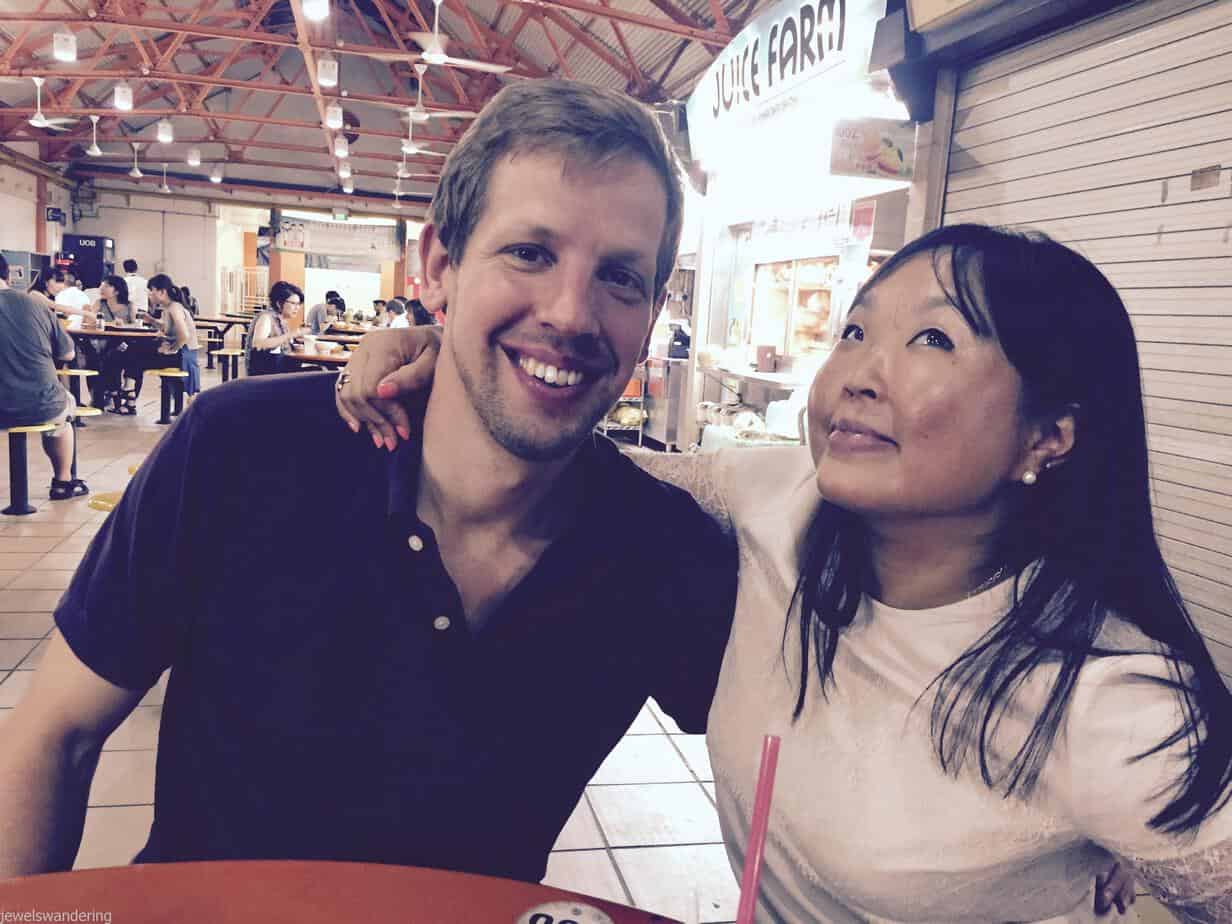 My amazing girlfriend was celebrating her birthday and so we rounded up the troops for what we do best – drink! I kid, I kid. Sort of. But these two!! I’ve known them from Day 1 in Sing and I love them dearly! 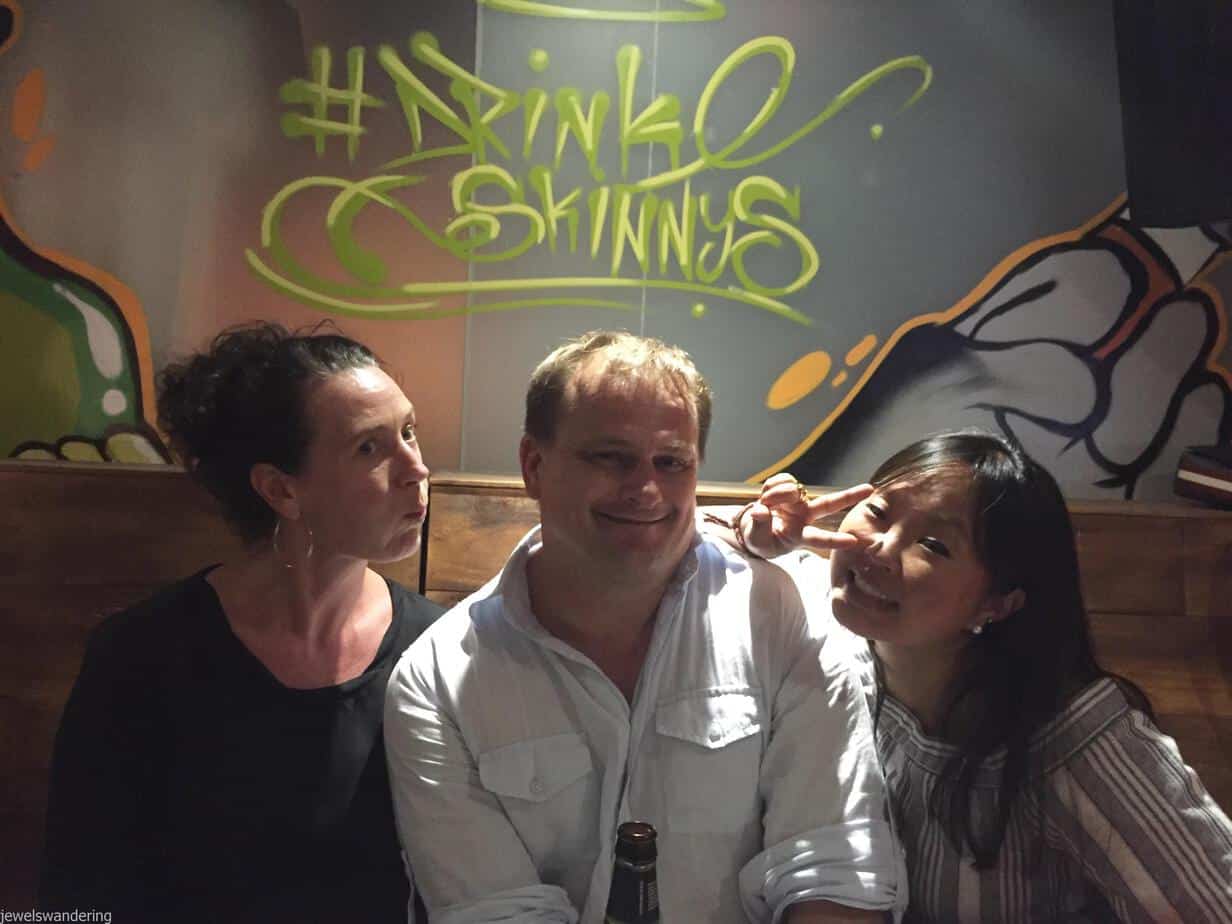 I’ve also been exploring a bit more of Sing Sing and also enjoying some home cooked meals because Leroy can cook! Score! All my friends know that the way into my heart is some good ole mac and cheese… Be still my heart!! ♥  Don’t mind the bite marks on the place mats, it’s all George’s fault! 😉 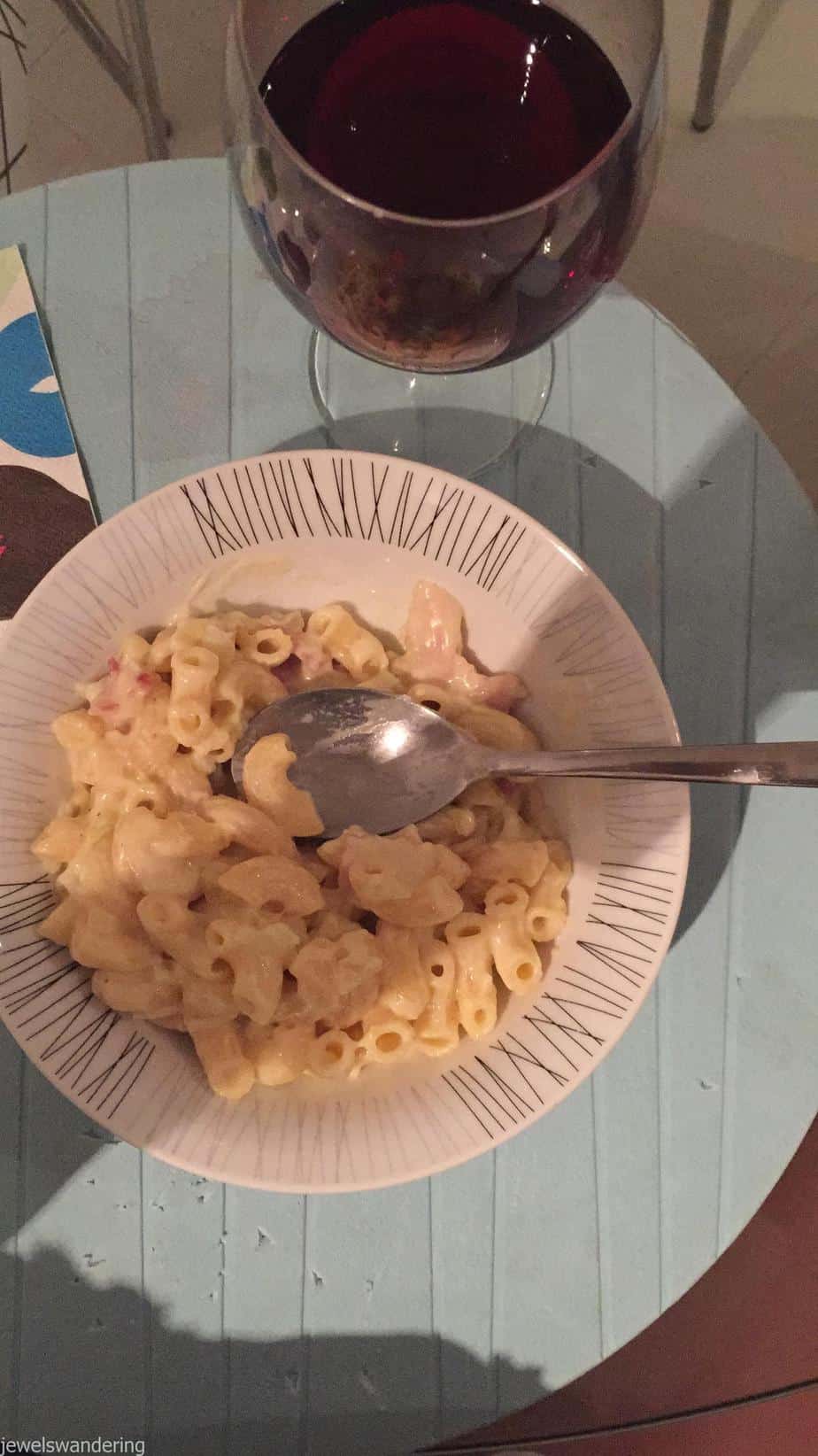 During the weekend, we headed out to Changi Village for some food and a leisurely stroll. I didn’t even know there was a microbrewery out there!! But now I do and I’m gonna find out which one of my friends know about it. Actually, I’m probably like the last person to know these things. Oh well. 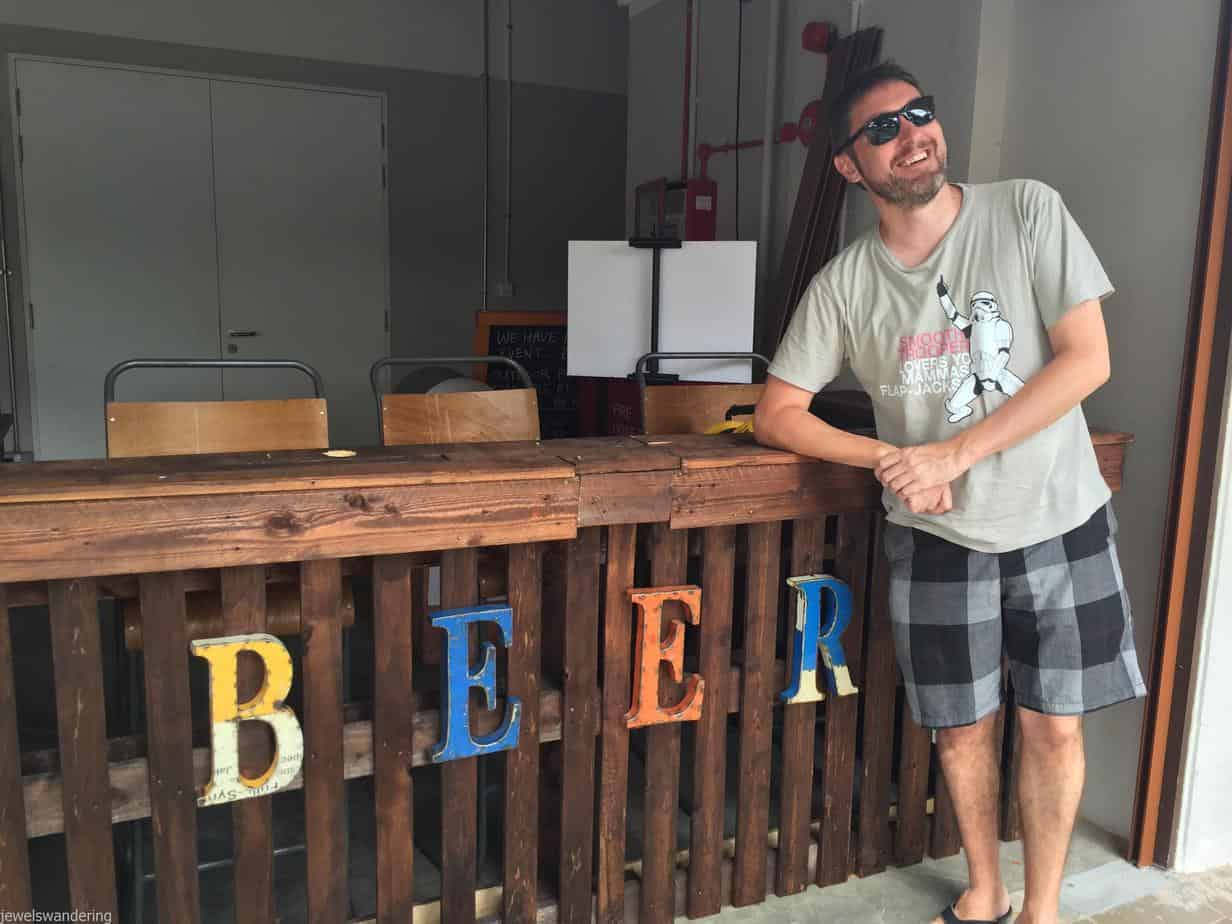 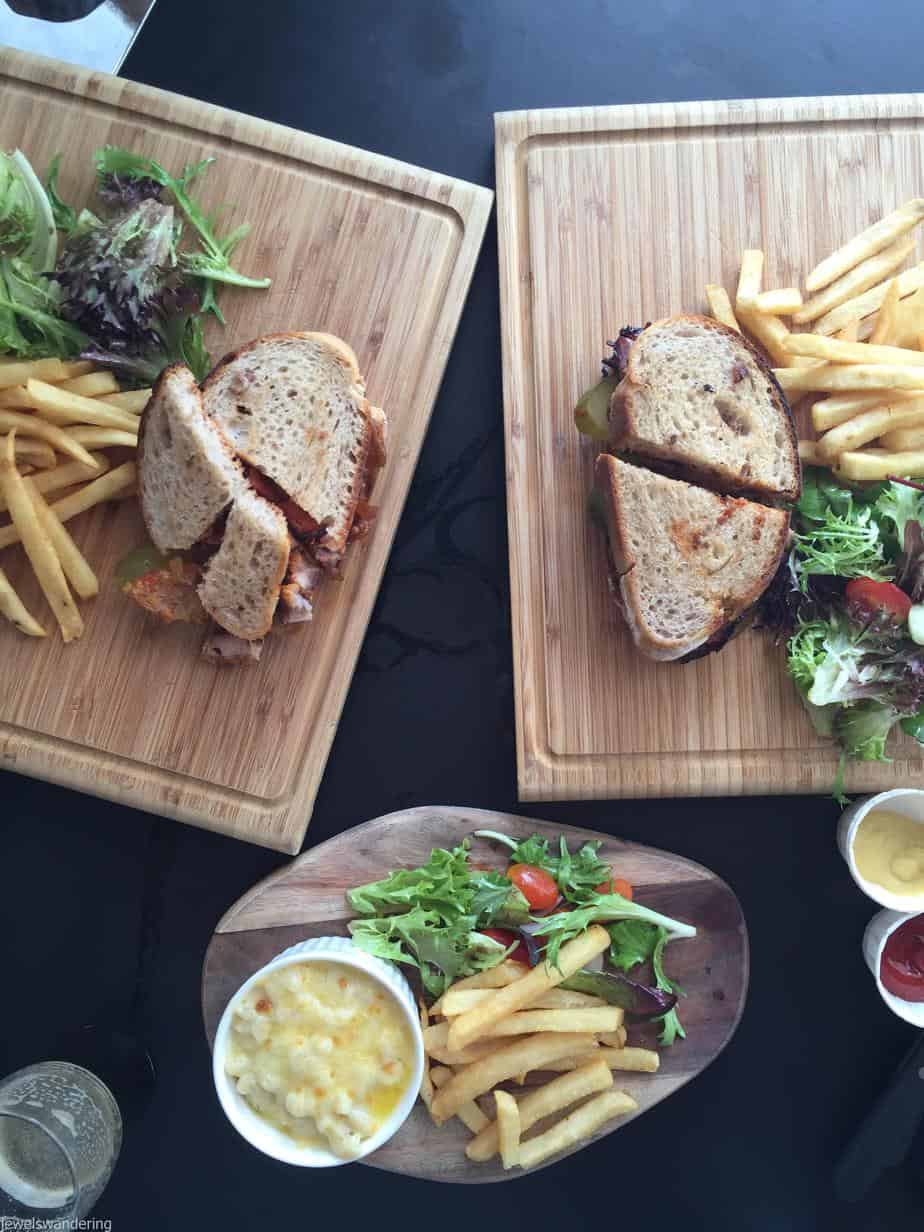 After Changi Village, we headed into Haji Lane for some Sunday Funday drinks and music as a friend was also spinning at a bar there, so why not?  And well, we also ate again because by then it was getting on to dinner time – and if you know me, you’ll know that I’m always starving.  My friends make fun of me because I either say, “I”m tired” or “I’m hungry” when they ask how I’m doing. So because we wanted to check out a couple of places around there, we shared a starter and a main from Long Play  and from Ciao. Yeah, we like to eat. Hehe 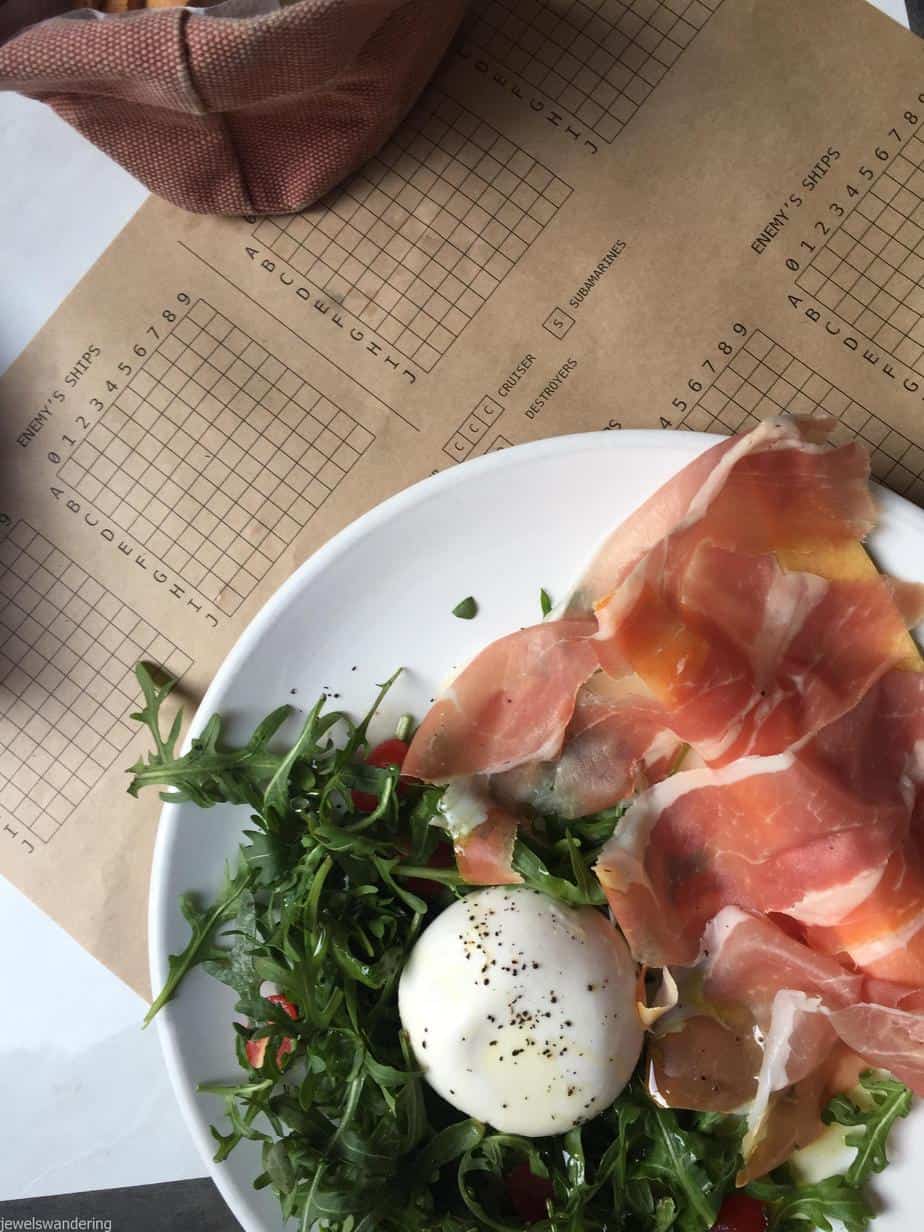 After consuming way too much food, we wandered towards Little India to walk it off and we stumbled upon the Thieves Market.  The Thieves Market is on Sungei Road as is Singapore’s oldest flea market.  It was wrapping up for the day, but was fun to look around.  I mean, who doesn’t want some knock off clothes and VHS videos? 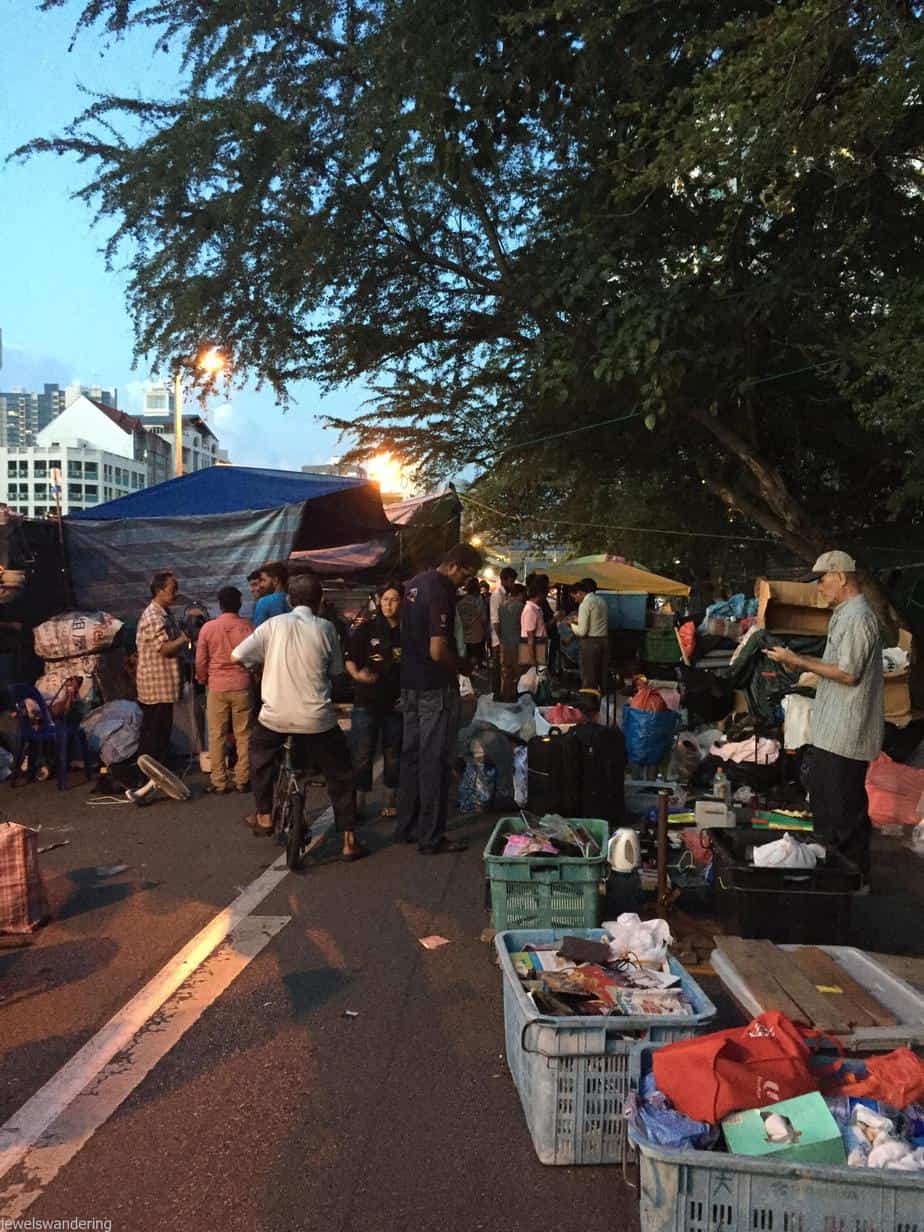 Lastly, we headed to one last bar to watch some of the Formula 1 Grand Prix race that was happening that night not far from us.  Walking to the bar, I had NO idea that some of the streets around Little India is the red light district. It was quite an education…! See, Sunday in Little India is heaving – its the one day that the workers who build Singapore get to play and well, play they do! So Leroy pointed out that the guys all standing in front of a door are actually waiting to get into a brothel.  The girls sit on the stairs and there is a bouncer that lets in one guy at a time.  Thing is, prostitution is legal here but the “famous” areas now in Sing are in Geylang and the notorious Orchard Towers – or the Four Floors (of whores). Unfortunately, I could not take a picture of the girls sitting on the steps, but after we left the bar that night, I did notice this Thai massage parlor. HA. I don’t think I’ll be setting foot in that massage place anytime soon… 😉 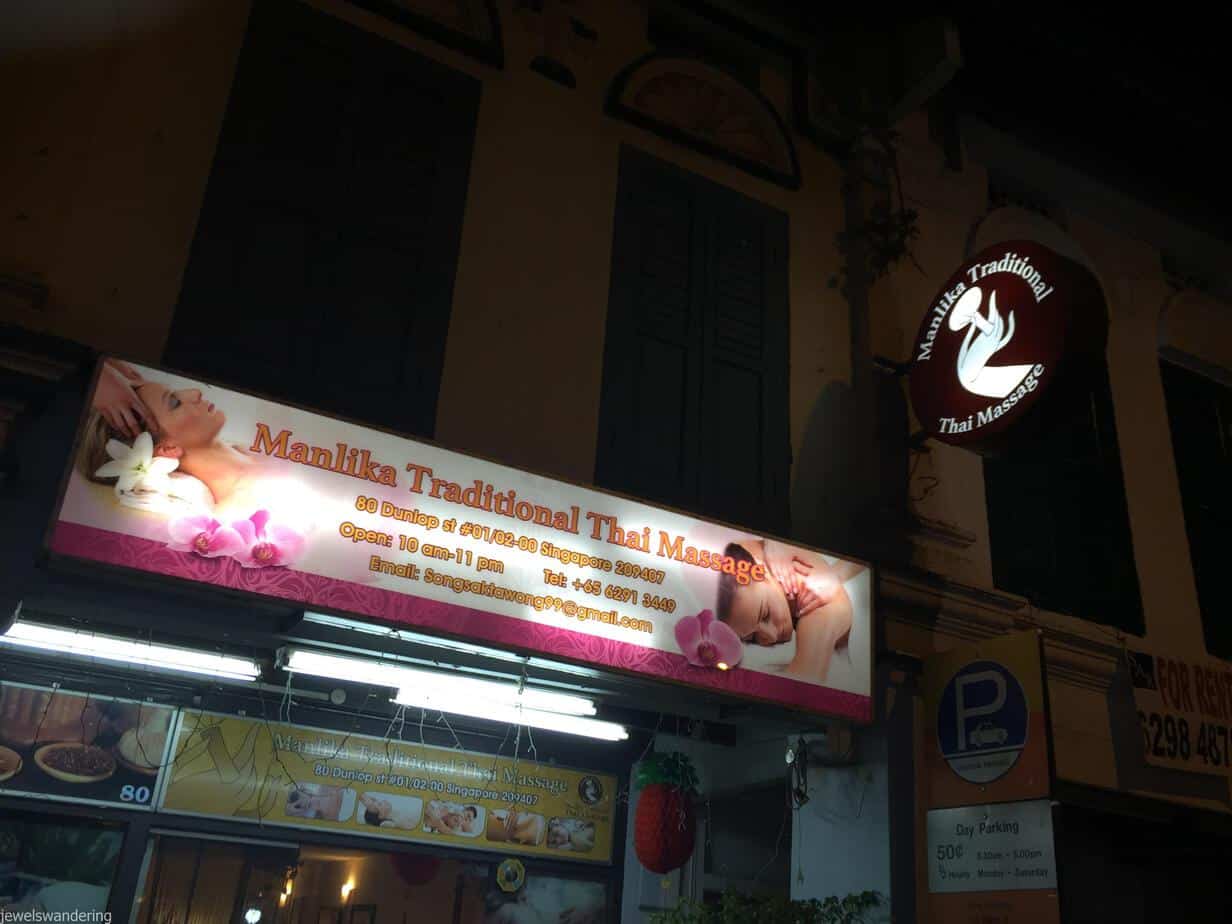 So that’s what I have been up to lately; gotta love the expat lifestyle! Though I’m totally enjoying nights in with the boy…  With the weekend coming up, I don’t have much planned other then two leaving dos on Sunday and my awesome friend, Tim’s, birthday drinks!

What does the weekend have in store for you?