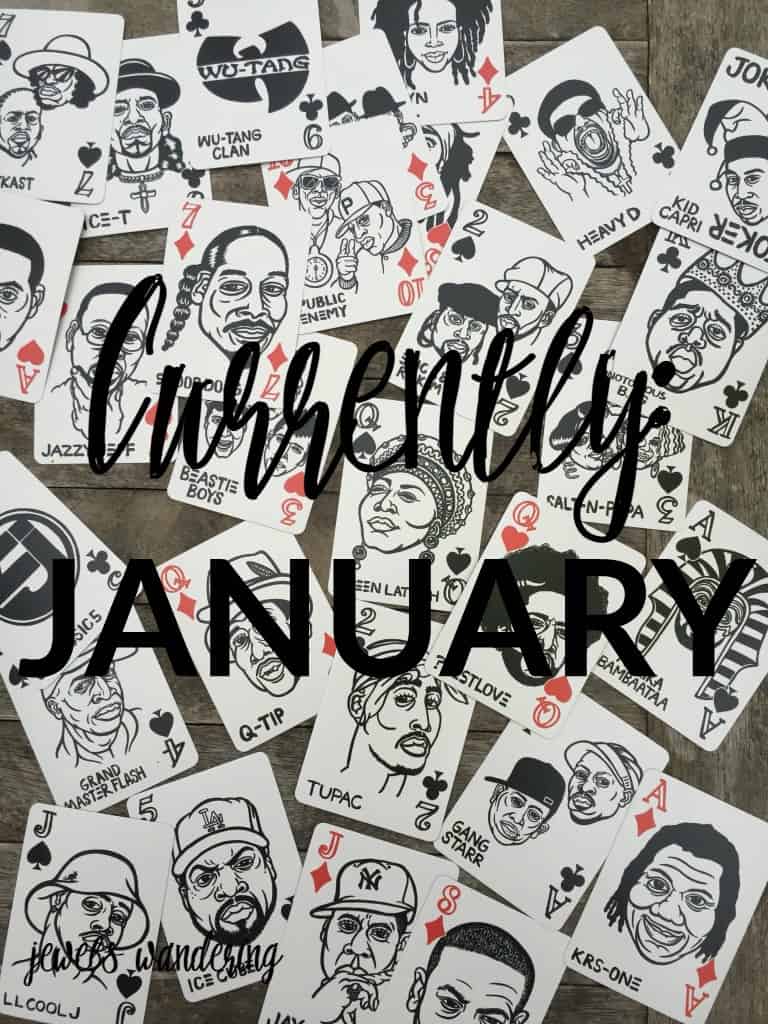 Happy February!  I admit, I slacked off last week in terms of blogging and then what do you know, January was over like that! It’s been an eventful January in more ways than one and not necessarily in a good way.  But I won’t get into it here as it’s not really my drama to share. So, just a quick update on what’s been going around in my world! I have one more holiday recap coming up and then it’s back to expat living in Singers! Watching: Since I got back from New York, I’ve admittedly not had any time to watch TV.  Although I finally watched one episode of “Making a Murderer”…

Reading: I have to say, I’ve put reading You: A Novel by Caroline Kepnes on hold.  I got into it for a bit and then when I carved some time to read, it just didn’t call to me, maybe one day I’ll get around to finishing it.  But I still managed to read! I’ve been catching up on the last two books by Patricia Cornwell, more specifically Flesh and Blood and now I’m on Depraved Heart.  I can’t believe I’ve been reading this series of books for 20 years now. Still really enjoy Kay Scarpetta as a character and I do love me some crime thrillers.

Wishing: For a drama free 2016.  I must admit, this year has started off pretty rocky, lots of unnecessary drama and rifts in friendships.  Luckily it doesn’t involve me directly, but I have gotten sucked in.  The dust is starting to settle on some fronts only for it to be kicked up in other areas.

Excited for: To be honest, I’m not sure.  I need to take a step back and figure out what it is that I want.  I’m confused by a lot of things and am also coming to terms with some realizations.  Sometimes you realize that what you have been fighting for it not actually what you want. Has that happened to you? I know, lots of cryptic mumbo jumbo, but… Work in progress!

Looking forward to: One day at a time. Yeah, kind of weird to be excited for that, but I do fear that 2016 is going to be a difficult year.  I’m not sure I’ll have a job at the end of the year so am also planning for Plan B.  I have something in mind, something I’ve thought of doing for some time, so maybe now is the chance?  But I’m also trying to not get too ahead of myself, so… I do have a couple of weekends away planned, so will be nice to have some change of scenery and I know some beautiful beaches are in my near future, Phuket and Redang, I’m looking at you!

Missing: Honestly? I miss being held. Not a quick hug from a friend, but properly held and cuddled. It’s been a long time! And who knows when I’ll meet someone..?!

Enjoying: The company of my friends. My best friends here, Ana and Bhavesh, have been so great this past month and I’ve also been making new friends.  They’ve made me laugh so, so much until my sides hurt.  It’s good to laugh!

Loving: The explosion of clean eating eateries around my office.  It was just a matter of time before this exploded and now I’m reaping the benefits.  Finally, more choice to healthy eating than just a salad.  And this new Sunday spot, Sunday Funday has just gotten so much better up at Mount Emily.

So how did your January fare?