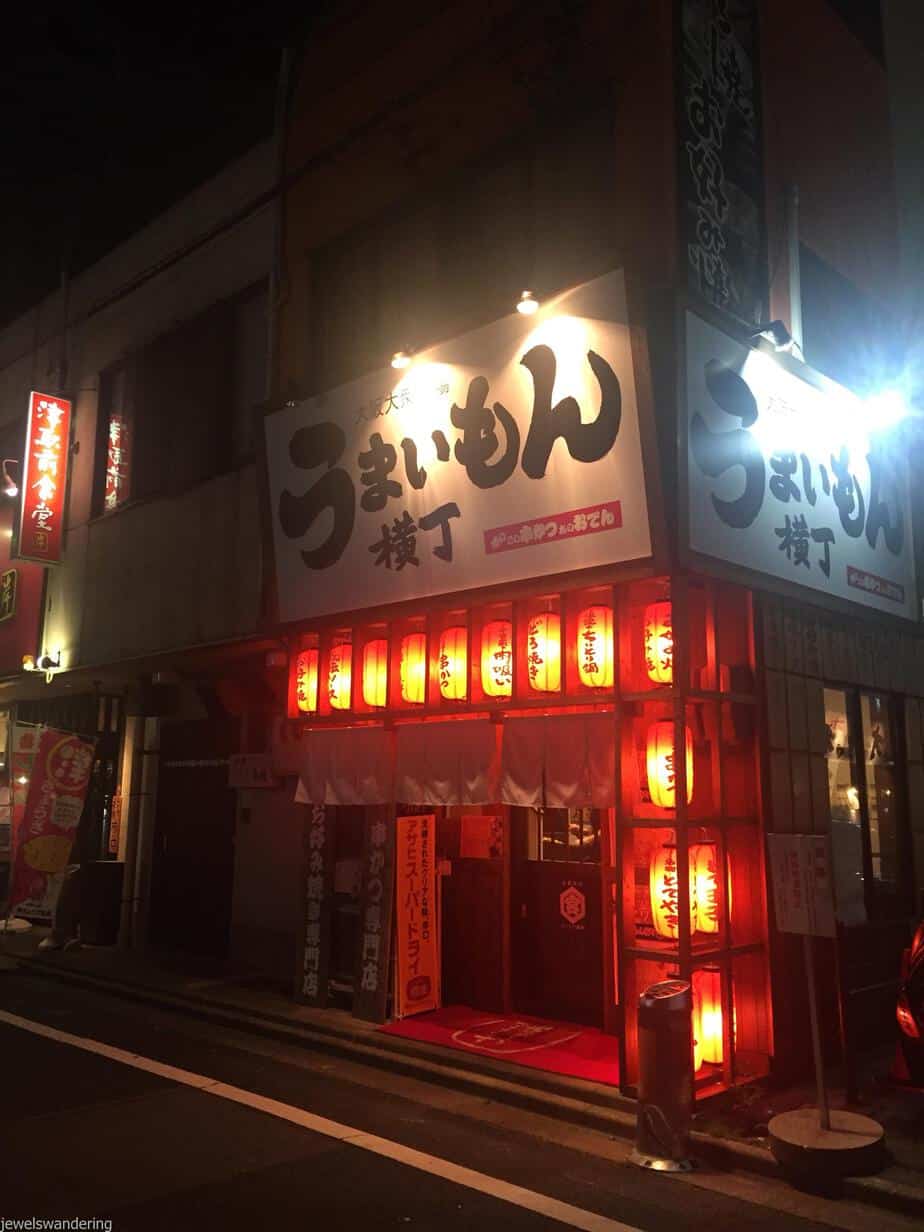 It’s kinda crazy to go to Japan just for a long weekend, but that’s exactly what I did. It was a short and sweet trip to meet up with my mom and to see my grandparents. I am the bad granddaughter who hasn’t seen them in 10 years. Eeek! So this trip was looong overdue!

Not to make excuses, but my grandparents don’t speak English and I don’t speak a lot of Japanese. So I kept telling my mom I’ll meet up with her in Japan next time she goes, but for the longest time our dates never matched. Plus my mom would always book her trips and then tell me her dates and I wasn’t free those days. HA I love my mom to bits, but she can be a bit ditzy! There was this one year I had told her for months I’d be back in NYC and she’s like, yep, that’s cool. When it was closer to the date, I was talking to my dad and told him I’d be home soon. He was all excited and asked for my dates and then he dropped a bomb on me. “What? We are not going to be here. Your mom booked us a trip to Hawaii for those dates.” Errr, whaat?? HAHA That’s my mom for you! 😉

Anyway, this time around we finally made it work! And so last week Friday morning at 2am, I was on a plane heading up to Tokyo. I hate 2am flights because I’m always scared of falling asleep and missing my flight. Plus I hate red eye flights that are 6-8 hours because you just don’t get enough time to sleep. So I struggled hard on Friday in Japan.

My grandparents live in the middle of nowhere basically. From Tokyo, I had to hop onto the Shinkansen (the bullet train) to Nagoya which is 2 hours. There, I would meet my mom on the platform and we would take the local train down to Tsu. As my mom had been somewhere else with friends, we were due to meet in Nagoya at around 4:30pm. So basically I had some time to kill before my 2pm train from Tokyo. 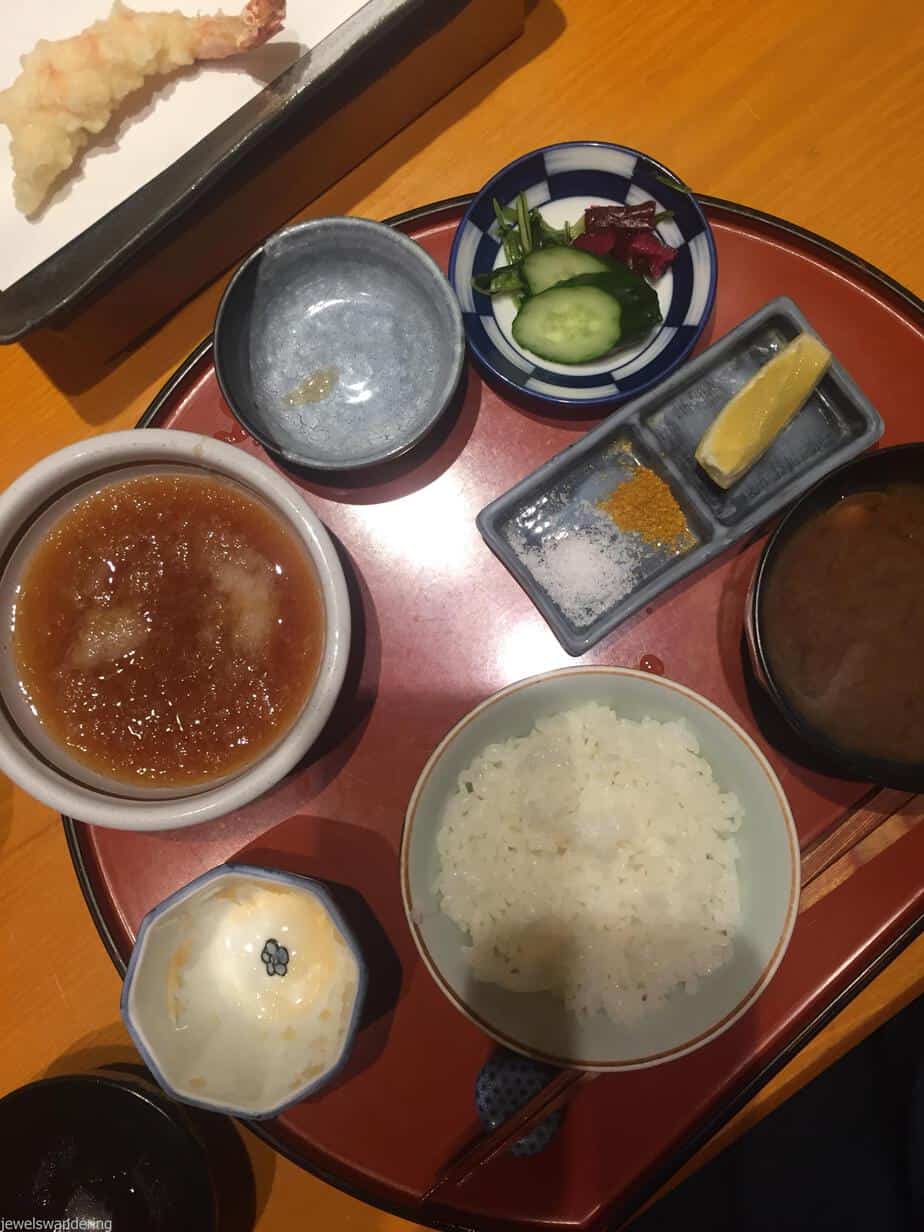 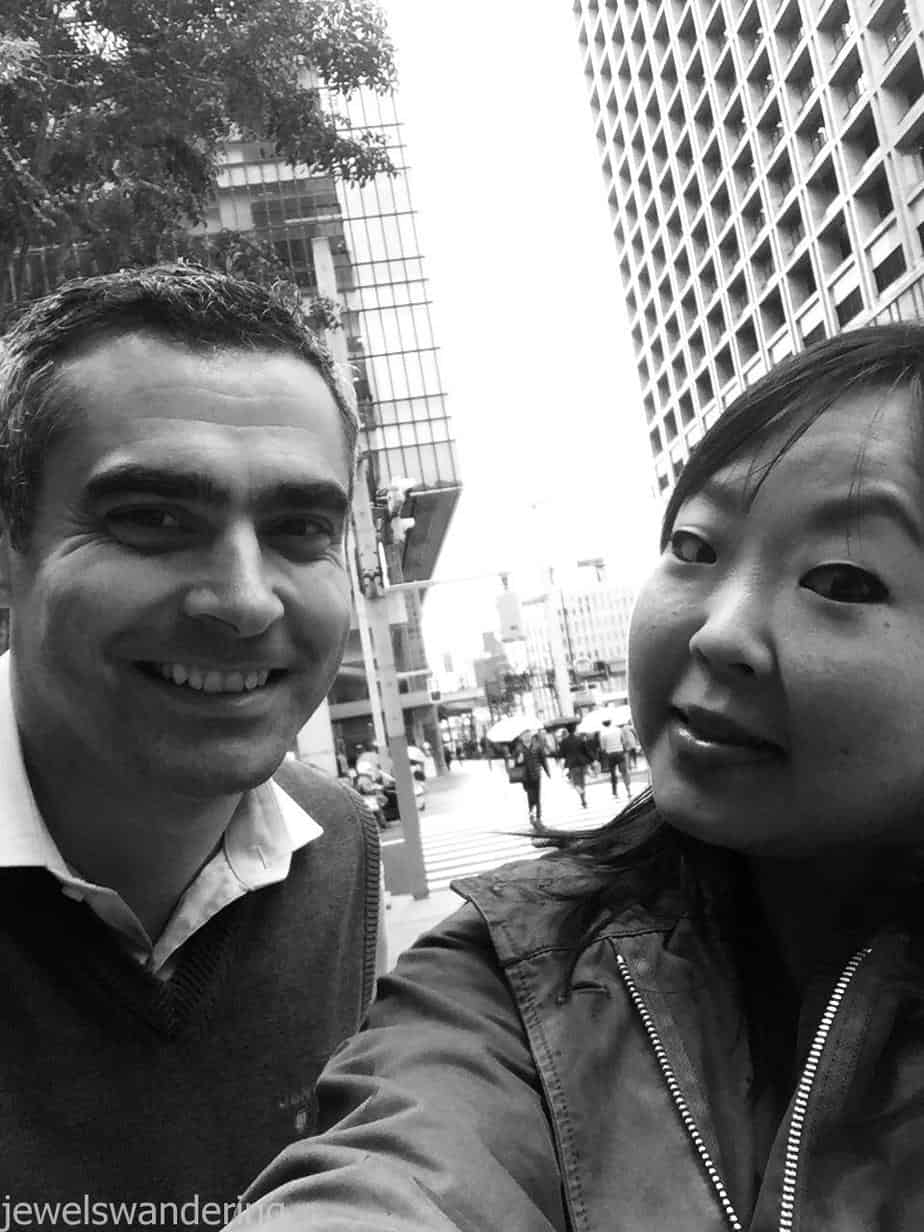 One of my good friends, Rob, lives and works in Tokyo. We met each other back in London when we used to work together, so naturally this was a good opportunity to meet up with him for lunch. We talk everyday while at work so seeing him after 3 years of being apart was as if no time had passed.  We went for some yummy tempura. Be warned, there will be other food pics on this post! 😉

The Japanese work culture means there is a strict one hour lunch policy, so after lunch, I wandered around Tokyo Station for a bit. I had this irrational fear of navigating around Japan on my own as their train stations are massive and there are so many trains going in and out. So it took me a while to figure out which counter I needed to go to buy my tickets and I also spent some time looking for the rubbish bin to no avail. Rob then told me that there aren’t any. The Japanese take their rubbish home to dispose of. Umm, I was not about to carry an empty coffee cup with me all the way to Tsu. So I found a bathroom and I may or may not have left it in there. Sshhhhh. Don’t tell anyone! 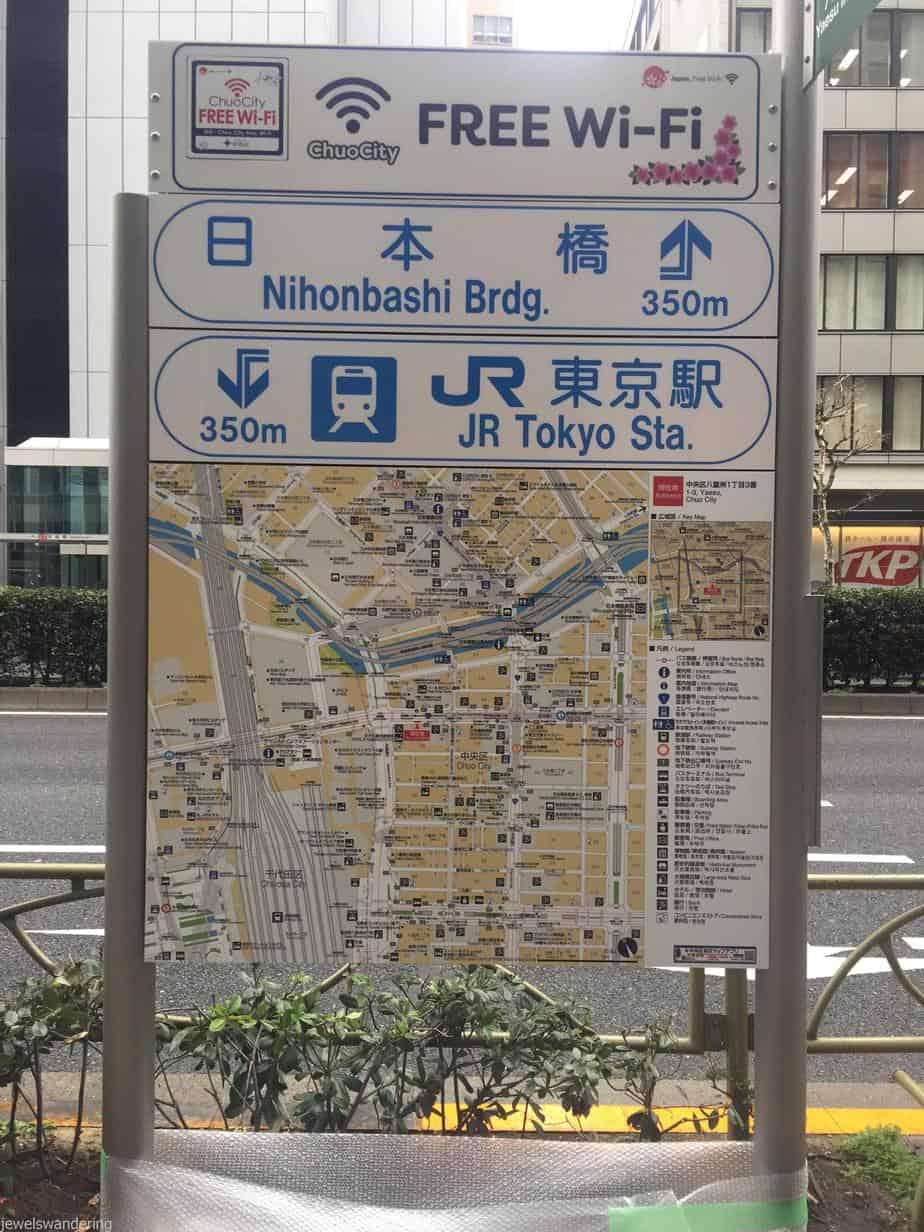 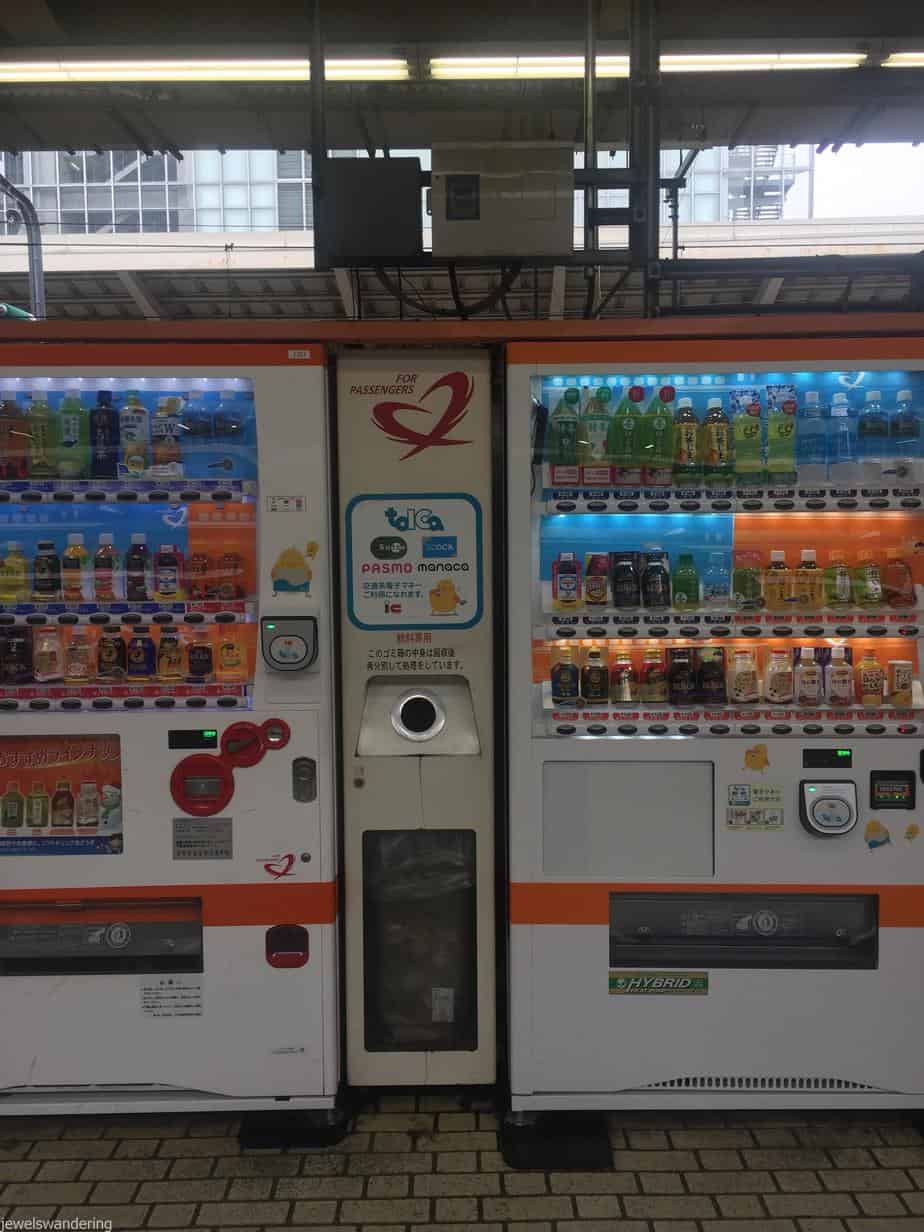 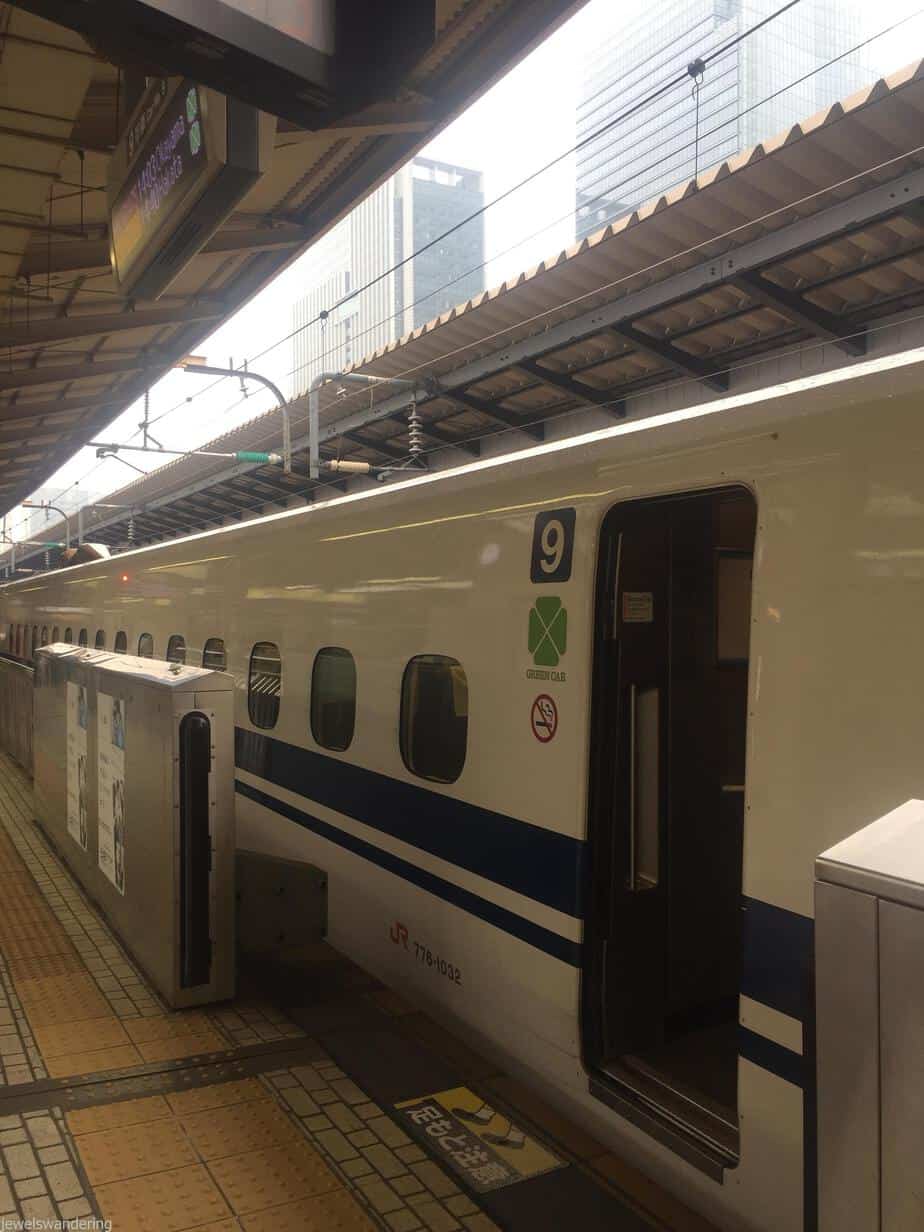 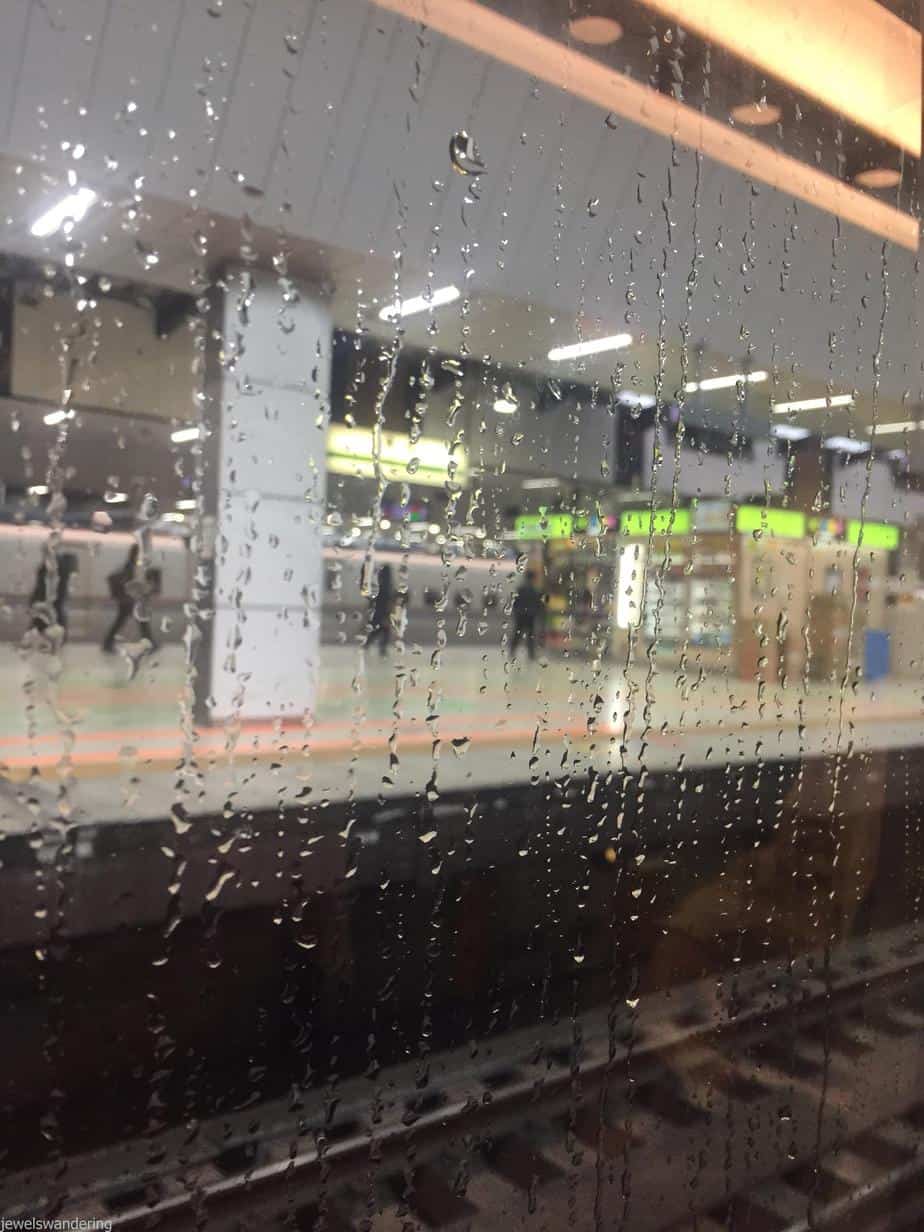 The train ride was fairly straight forward.  I was hoping to see Mt. Fuji on the way there but it was rainy and overcast so it didn’t happen. To be honest, I passed out cold.  So the train ride was fairly quick and before I knew it, we were pulling up into Nagoya. I made my way to the correct platform for the next train as I waited for my mom to arrive.

We got into Tsu around 5:30pm and my grandmother was waiting for us at the hotel. It was freaking cold and super windy! I was only wearing a t-shirt underneath my coat and it had been a while since I had experienced cold like that. Well, not since Jackson Hole and NYC! We were going to go out for dinner, but because of the wind we decided we would just have a picnic in our room. That wind was pretty darn strong and even I felt it pushing me around and we didn’t want my grandmother to fly off since she’s absolutely tiny and frail! 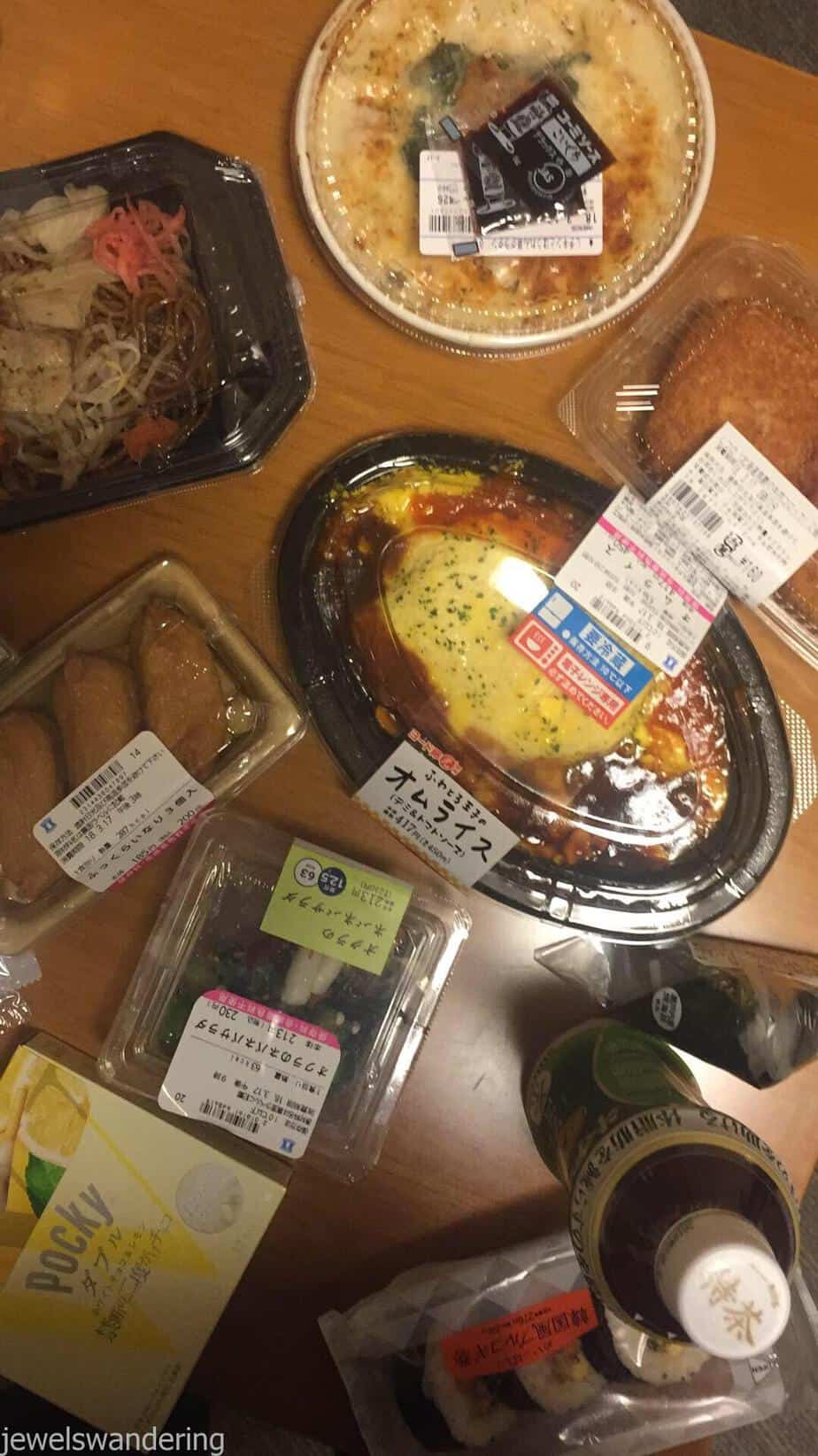 After our little feast, we called it a night. There’s not much to do in Tsu and I was pretty shattered so it was nice to finally crawl into a bed! But not before we stuffed our faces again with the free midnight ramen the hotel provides! HA 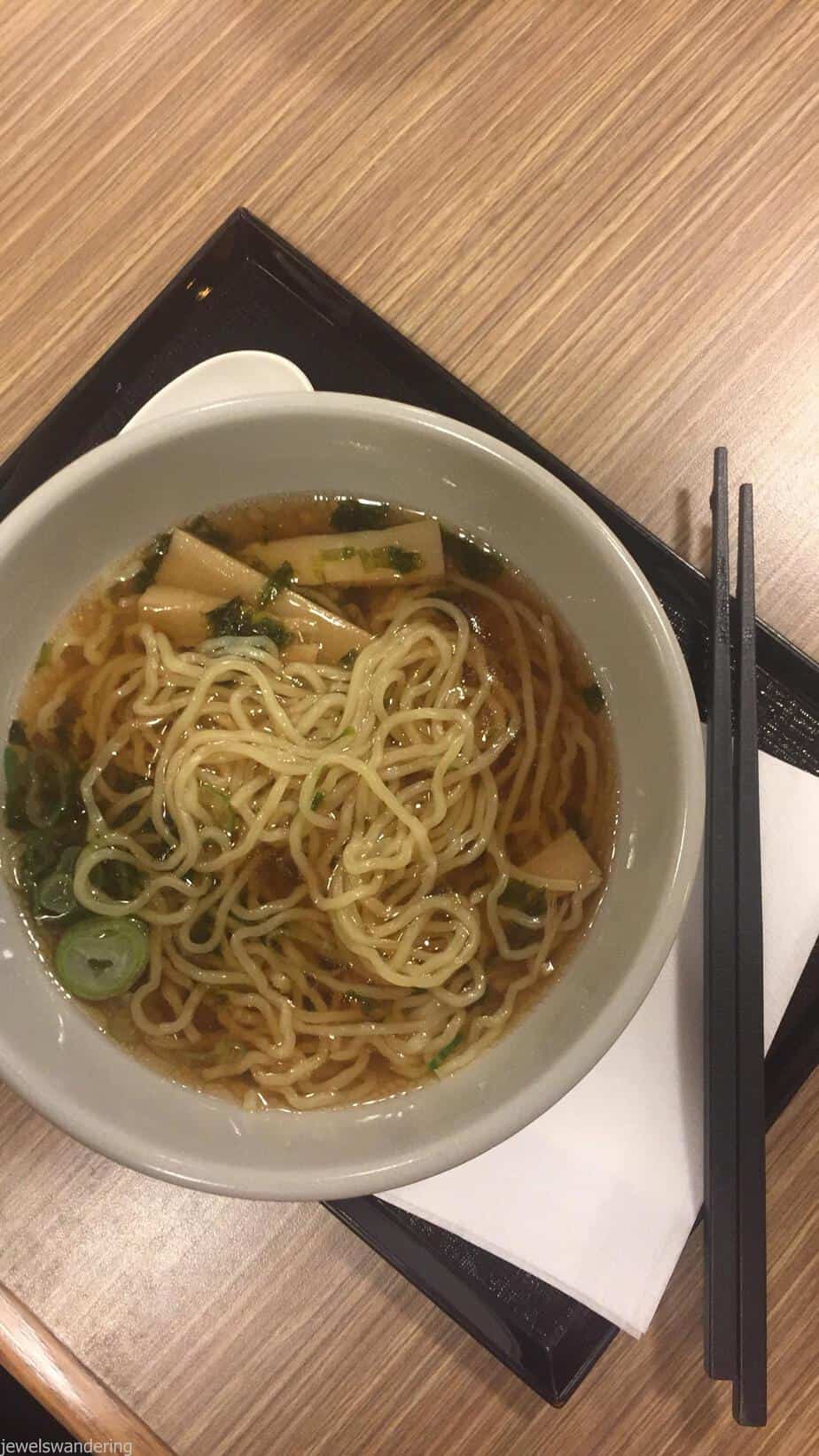 The next morning, I did not wake up until noon. Oops. But yes, I was that tired! But after I woke up, we went to see my grandfather. He lives in a home not far from where we were. I was not prepared to see him like that. The last memory I had of him was when he had come to visit NYC and he was still mobile. It hit me hard to see him sitting in a wheelchair and just sitting and staring into space. <sniff sniff> 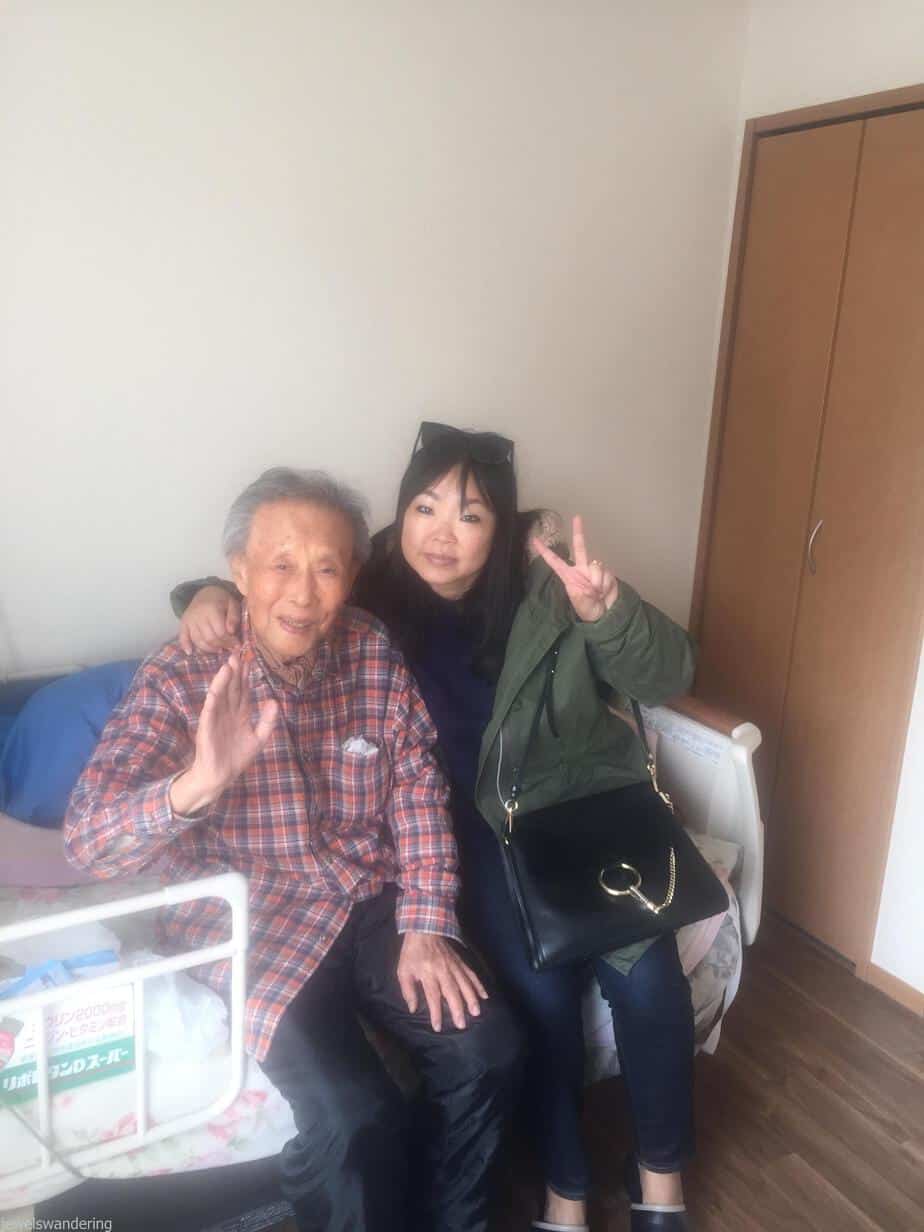 He wanted to have a sushi lunch so off we went! We had a little feast and it was so yummy. Fresh sushi is always a win in my book! After lunch, we took him back to the home and we parted for the day. I thought we would spend the day together, but I guess at 92 he doesn’t have much energy and he needed a nap. My grandmother was also quite tired and wanted to stay in that night, so my mom and I went for a gyoza and shochu dinner.  I love gyoza!! 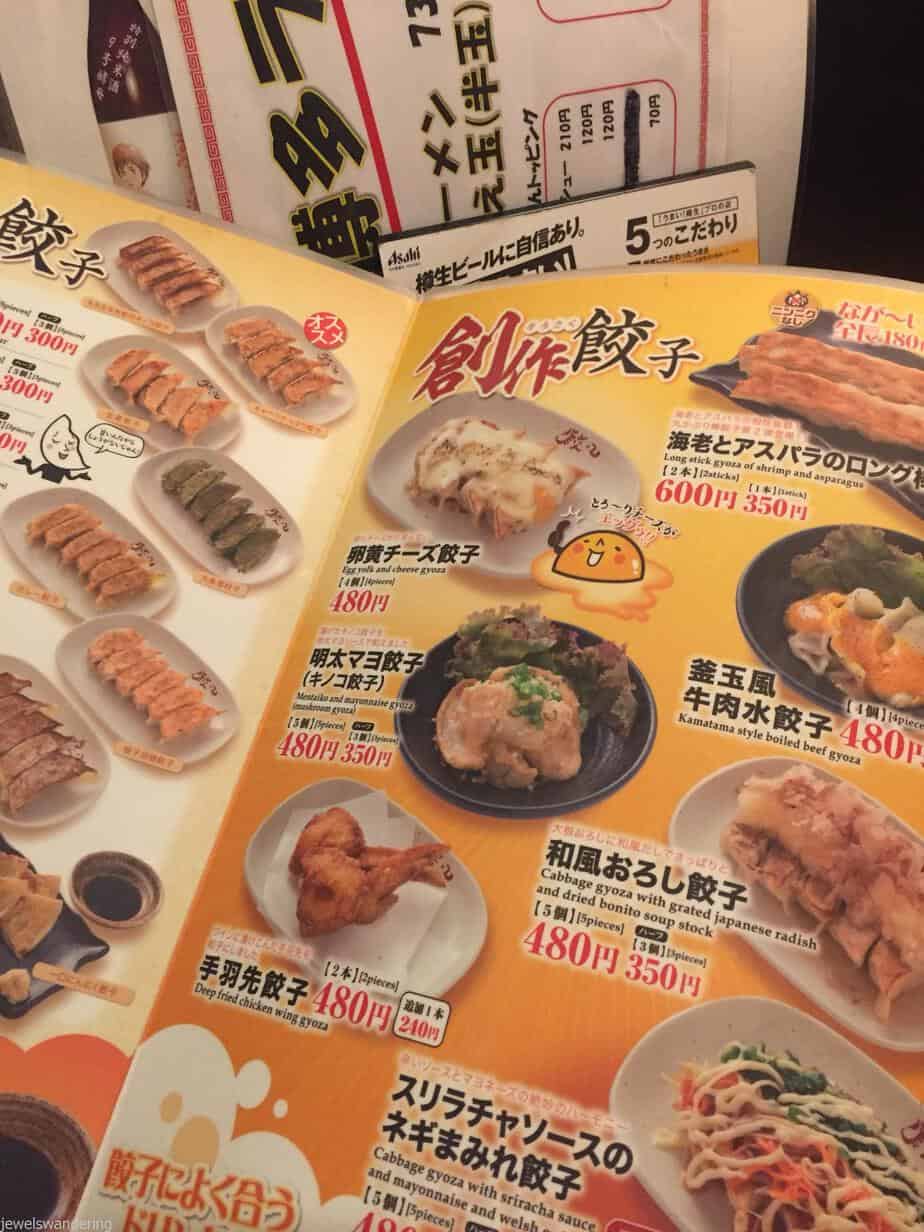 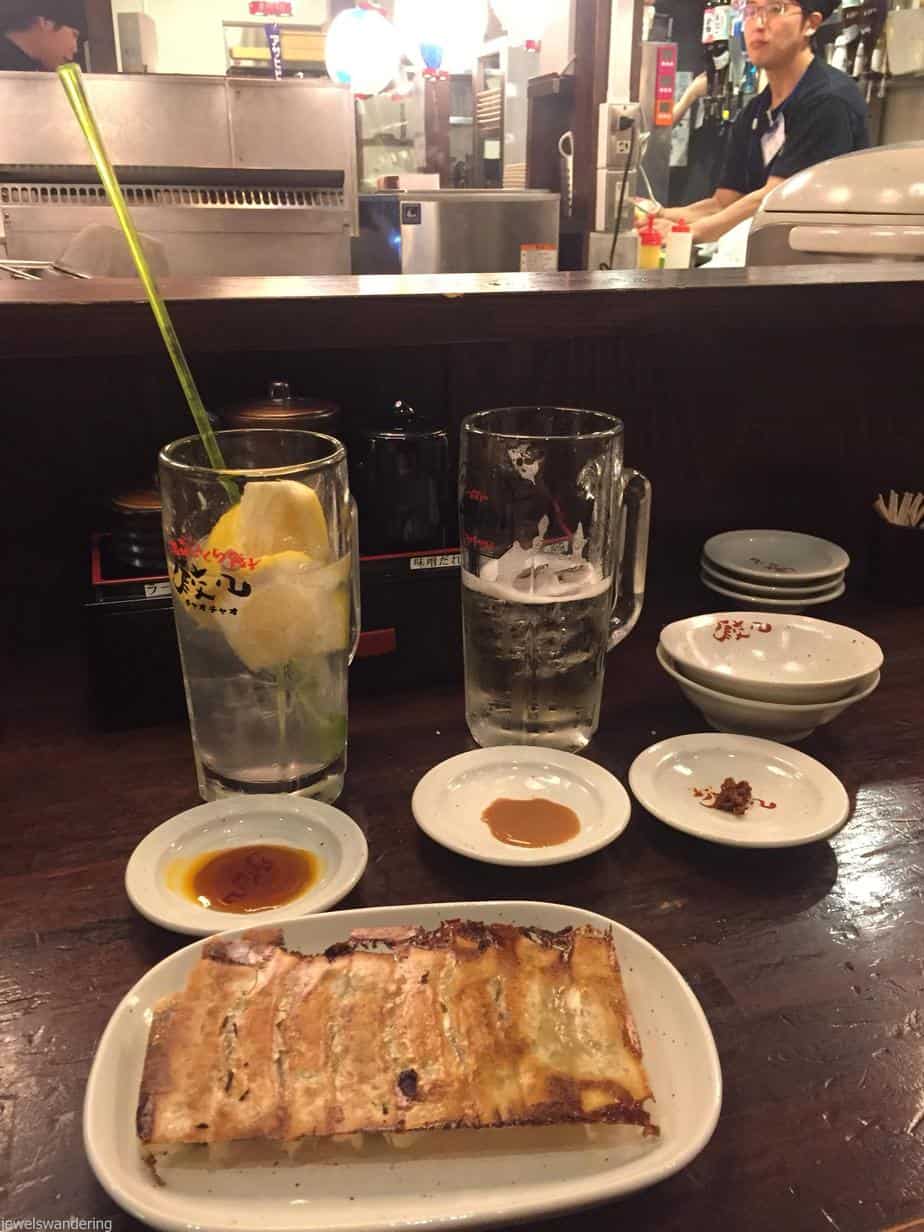 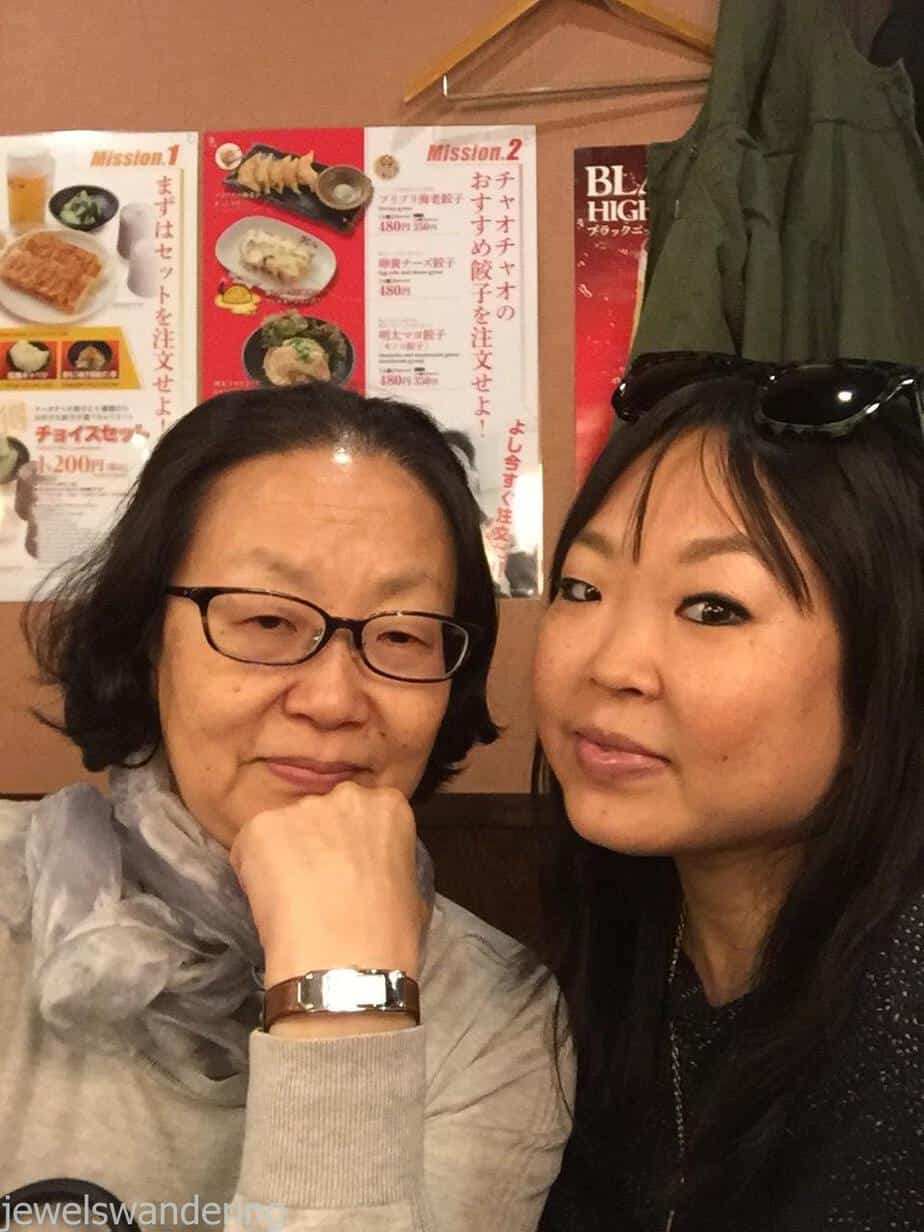 The next day, we did some food shopping for my grandfather. I love, love Japan and all the random things they have. Or more succinctly, the random English they like to put on their products. Cat smack, anyone? Hehe 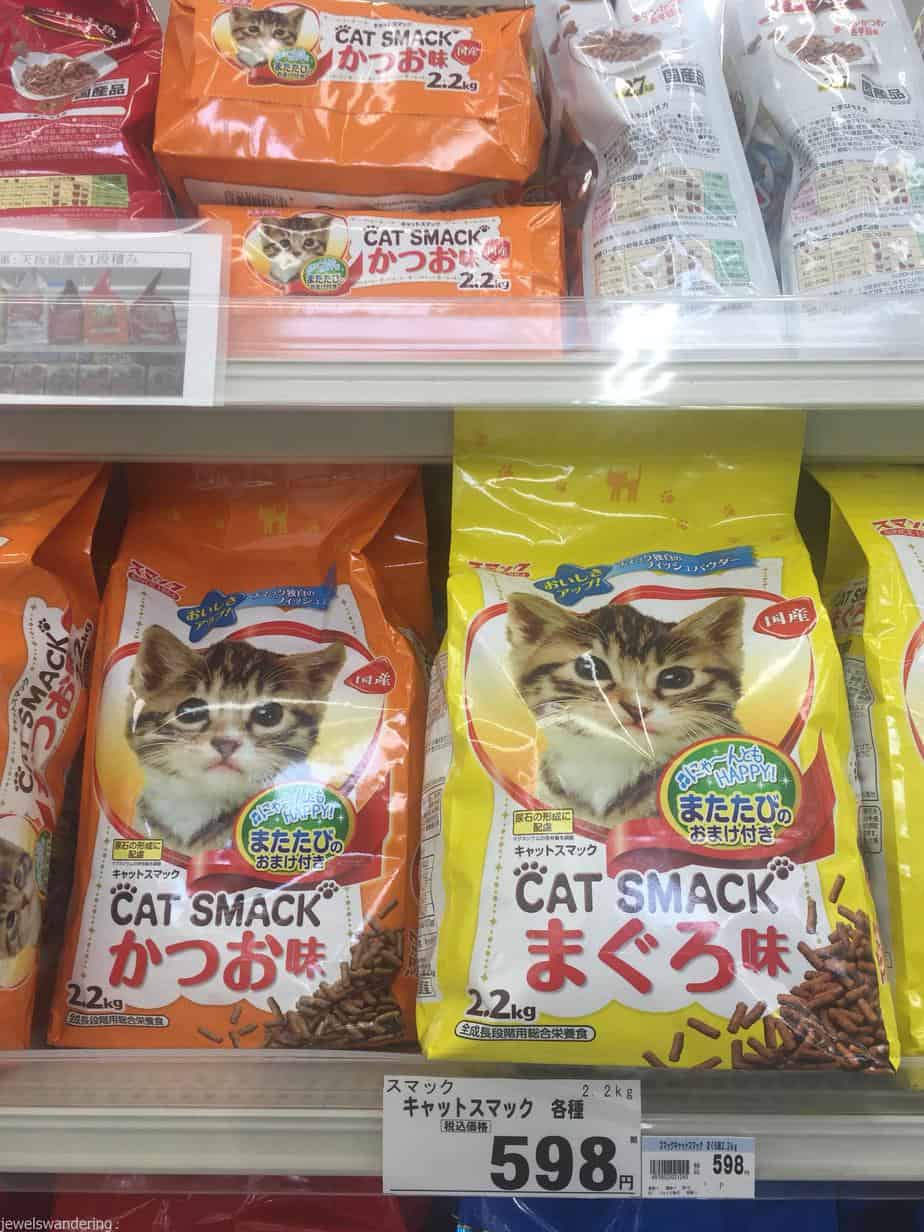 We went to see my grandfather for a bit and I said my goodbye to him. I hope I’ll get to see him again, but at this point you just never know. So sad to have those thoughts. But he was so happy that I came up to see him. I have so many memories of my summers in Japan while growing up. We would go for a walk after our dinners and it was summertime, there are a lot of traditional festivals then. So he’d buy me fireworks and we would set them off in the park together.

After our goodbyes, we went to this department store thing – kind of like a Target, for lunch. Again, this place was where I would spend my days when there for the summer. My brother and I would run to the arcade and play games all day. 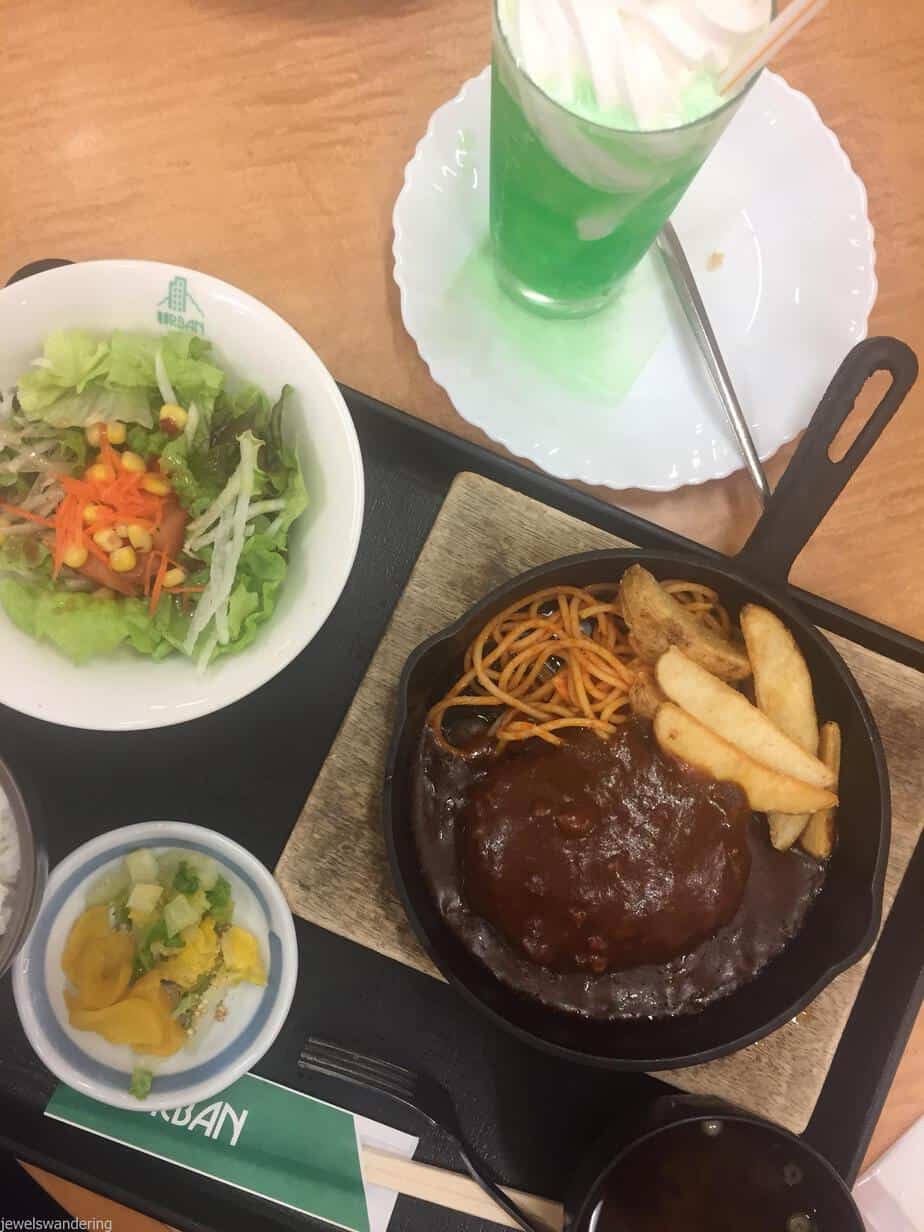 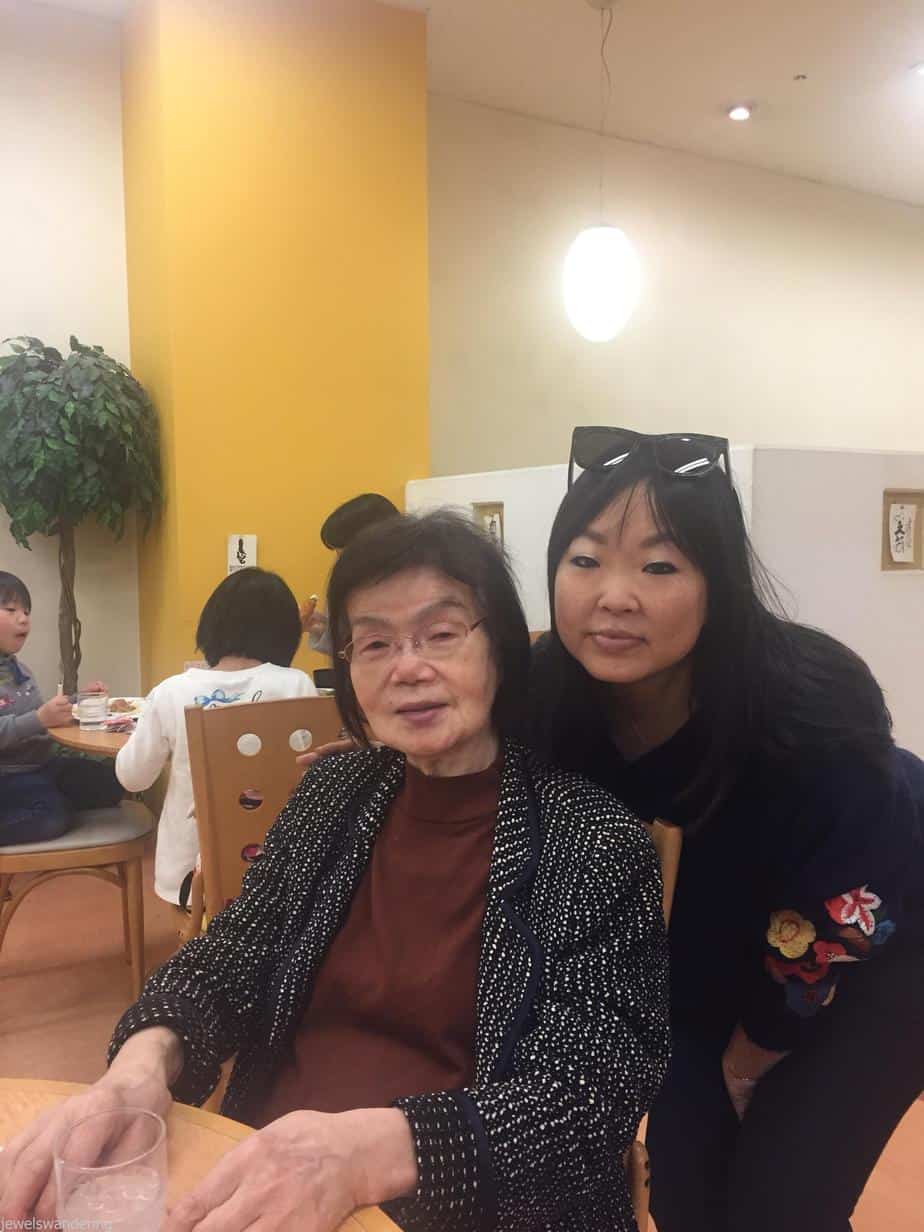 The next day, I was heading back to Tokyo. My little trip was quickly coming to an end. It was so good to see my grandparents, but yet bittersweet. I had an amazing breakfast at the hotel – very traditional Japanese breakfast of rice and salmon with some corn soup and udon noodles! I also really love Japanese apple juice. Hehe 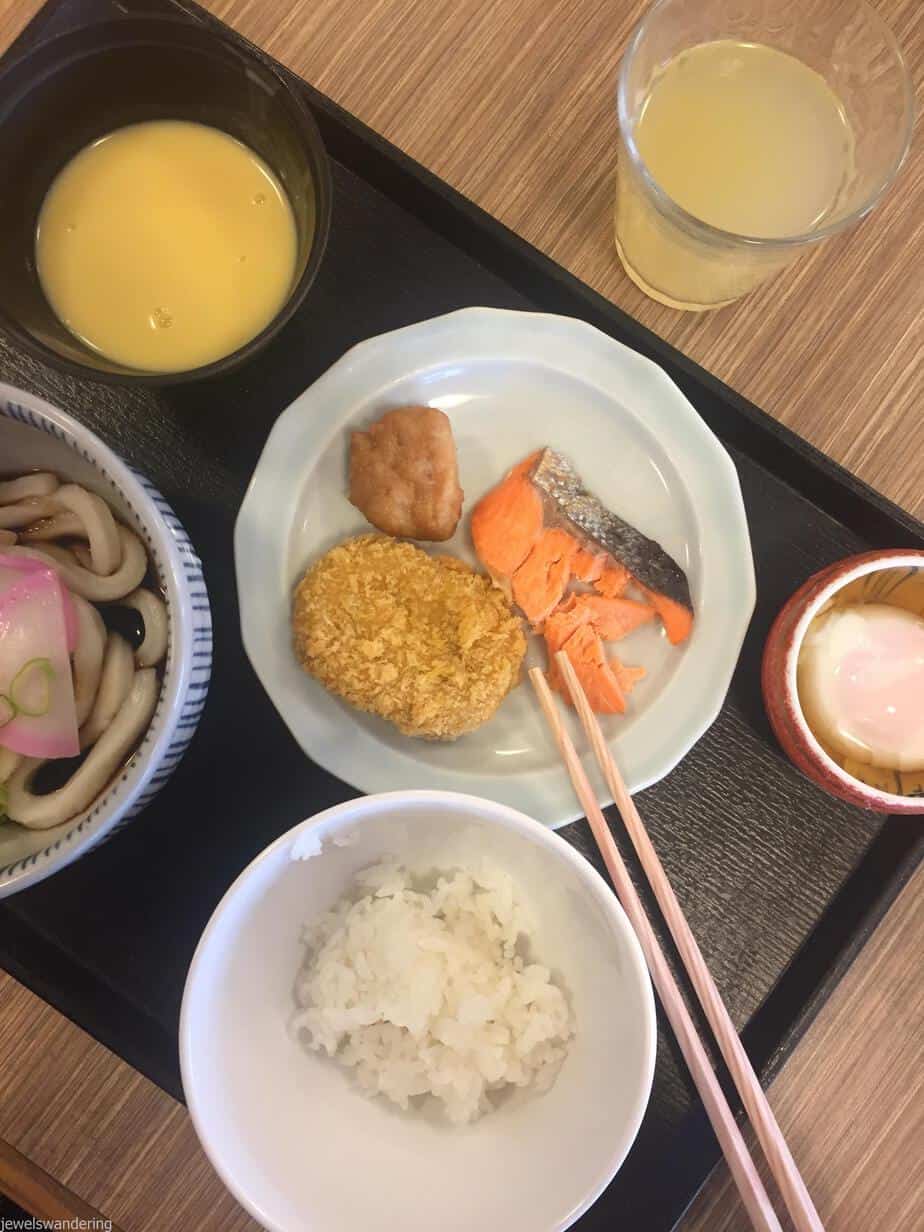 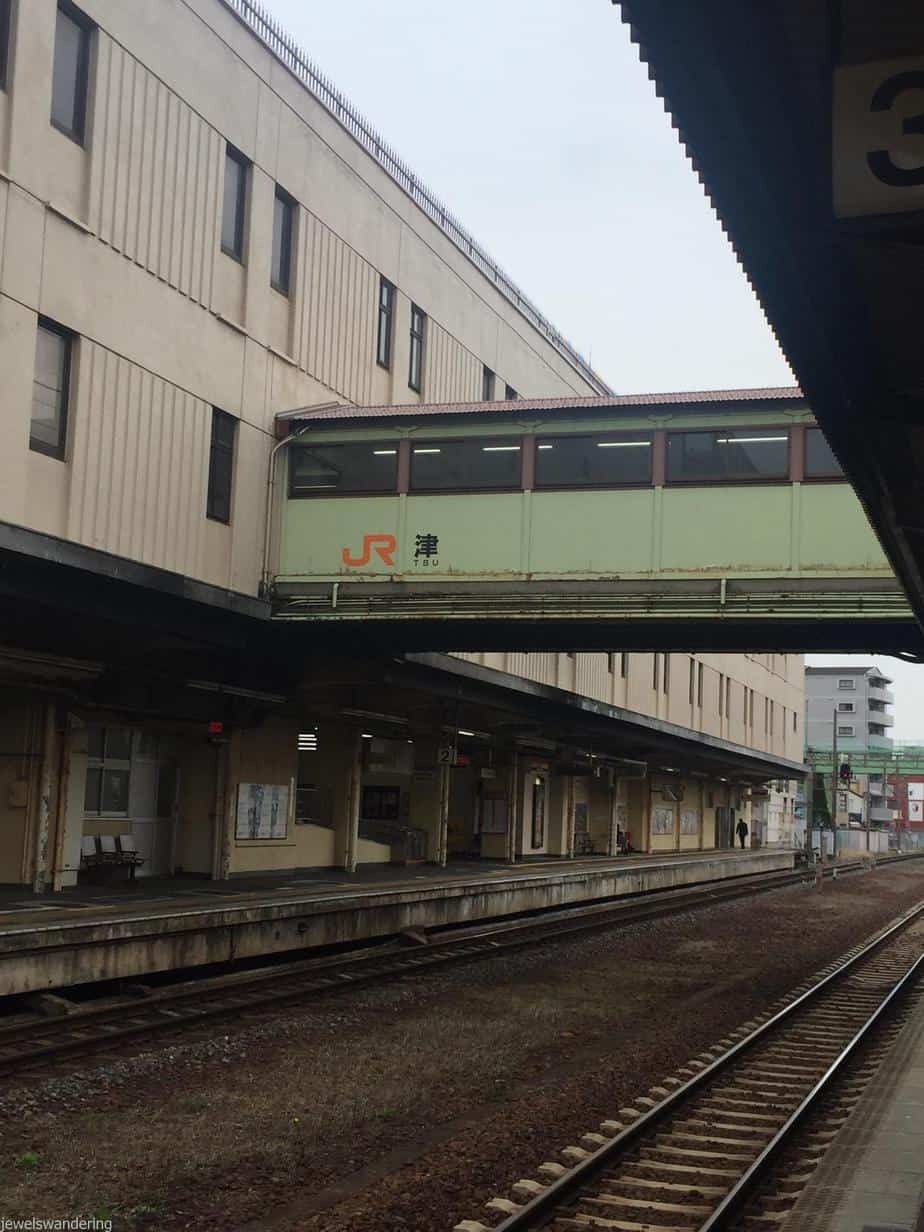 I got back into Tokyo around 4:30pm and killed some time in Shinagawa station before I met up with Rob again for dinner with his wife and baby girl at the Tokyo American Club. We then went to his apartment where he had awesome views of Tokyo and the Tokyo Tower. We chilled out for a bit and then soon enough, I was on the train back to the airport for my midnight flight back to Singapore. 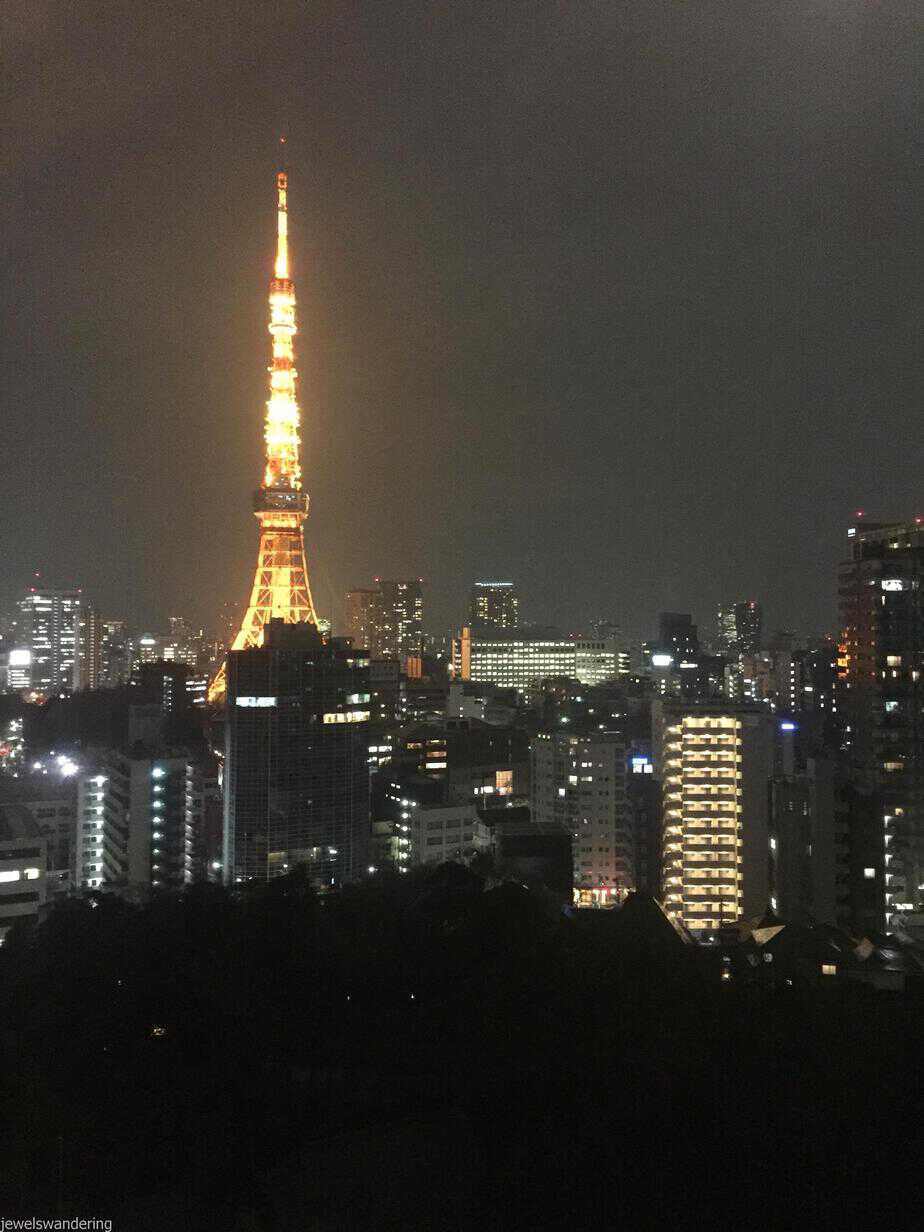 I had plenty of time at the airport and you guys!! I am finally an elite member of something! HAHA I’ve racked up enough miles to be an Emerald Member of OneWorld so I now have access to the first class lounge at airports. All my traveling has to be good for something, right? So I hung out there and ate again. And drank champagne. I wanted to go straight to sleep once I got into the plane so I knew I would be hungry if I didn’t eat again. My made to order fish was pretty tasty!! 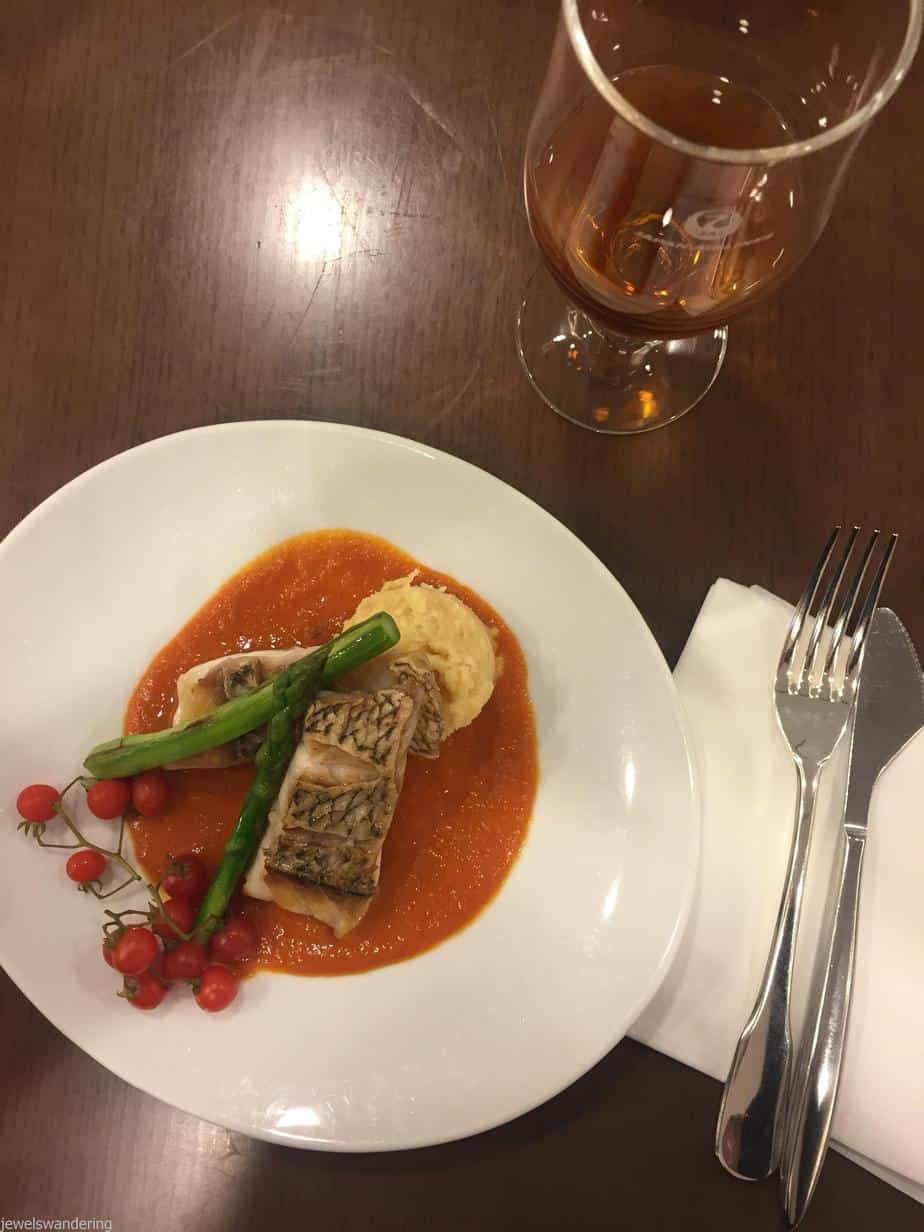 And well, I got back into Sing at 6:15am on Tues morning and went home to drop my stuff off, take a shower and head straight into work. I was absolutely shattered on Tuesday! But I had a good long weekend in Japan stuffing my face with food and hanging out with my family and friend!

What’s in store you this weekend?