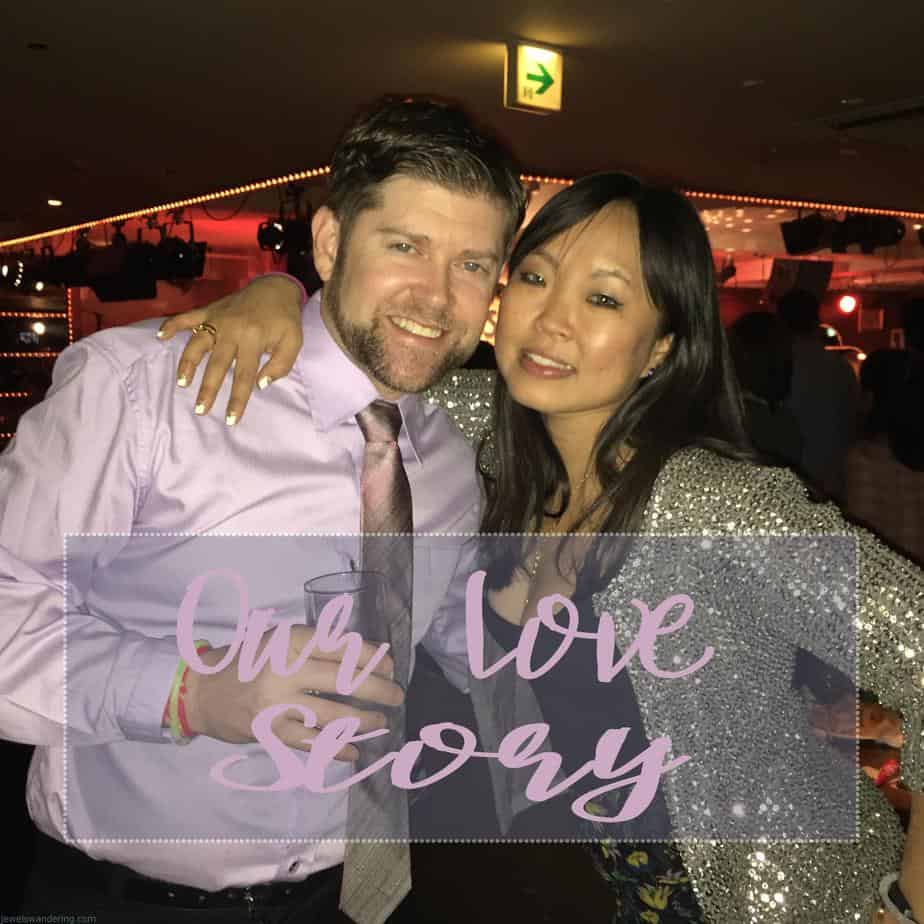 Our Love Story – And so it begins

If you missed the first part, you can read it here 🙂

So where did I leave off…? Yes, right, I dropped them off at their serviced flat with B nowhere to be found and I went home thinking, what a random, but fun night!

The next morning, I woke up relatively early (for me) on a Sunday as I had a lot of things I needed to do.  The following weekend I was going to the Diner en Blanc and I needed to get my all white outfit ready.  When you go shopping to look for something specific, you can NEVER find it, am I right?  So, I was on a mission at the mall, on a Sunday, never a good idea! I had sat down for a quick lunch break when my phone goes off.  I look down and I see it’s B messaging me through Facebook.  I was not at all expecting him to message as I didn’t think he would have even remembered who I was after the night he had!

Well, there he was, messaging me, asking me what I was up to.  So very romantic, right? I told him I was just doing some shopping and he asked if we could meet up before they left, after all, I was the girl he was marrying… Well, if it’s prefaced like that, how can a girl say no?  I wasn’t sure how well he knew Singapore, so I had him meet me where we had met the night before.  With that, I managed to pick up some white accessories and off I went to meet my so-called future husband back at Robertson Quay.

I got there earlier than he did, so I stood around waiting for him when all of a sudden I feel a presence behind me.  It’s him.  He looked different than I remembered him to; I couldn’t help but notice how fair his eyelashes were and he wasn’t wearing his hat.  Ok, am I weird for noticing these things? We were chatting as we looked for a place to eat and drink.  All this time, I definitely wasn’t smitten, intrigued maybe, but not smitten.  I was fine with hanging out with him for the day and at that point, I still wasn’t thinking anything other than that.  But it wasn’t awkward, it was easy being around him and we were having a good time.

We settled down at Boomarang, it was pretty quiet for a Sunday which was quite odd, but was nice because it wasn’t too loud.  I had eaten at the mall, but he was hungry and ordered up a storm.  I was definitely amused, thinking, wow, this boy EATS! But he was thinking I would help him out. HA. We sat there with our Bloody Mary’s and talked. And we talked, and we talked some more.  Just like the previous night, the conversation was just so easy and natural; again, it felt as if we had known each other for much longer.  We talked about everything and nothing and the time just flew by.  I remember thinking, crap, I am in trouble! Why, why, why is he making me fall for him? Especially when he’s leaving tomorrows and heading out to who knows where?  ARGH! Must. Fight. It. Not too shabby of a view!

Before we knew it, 4 hours had flown by and I thought we could use a change of scenery.  We paid up, actually I paid haha and I took him to the Lantern, this bar on the roof of the Fullerton Bay Hotel that has scenic views of Marina Bay.  At the Lantern, we settled into some comfy chairs, the stars twinkling over head and the lights shimmering in the water of the bay proved to be quite the romantic setting.  The conversation was still flowing, we were getting on like a house on fire, and maybe at that point the drinks were also helping, but we were oblivious to the rest of the world. At one point when we were just talking, he just kissed me.  It was out of the blue and caught me off guard for a split second, but then… I’m not going to lie, it was the best first kiss ever.  It was amazing and I loved how it was so spontaneous and unexpected and that he just went for it….

The rest of the night was spent um, kissing and talking, kissing and talking.  I didn’t want the night to end as it meant he would be leaving.  But I was also highly cognizant of the fact that it was a Sunday night and the echos of work were ringing louder, not sure why I decided to be such an adult that night…  But I also thought, as much as I don’t want this night to end, I’m going to call it a night because if it’s meant to be, it’s meant to be.  So as it was almost close to midnight, we called it a night and I dropped him off at his hotel and I went home.  A few seconds later, B was already messaging me, telling me that he missed me already…  And since that night, we have talked every day without fail…

The next morning, he was gone just as fast as he had arrived, but not without taking a little piece of my heart.  Luckily, a few weeks later he was back in Singapore for a week on a training course.  I was so nervous waiting for him to arrive, but once he showed up at the my door, the nervousness quickly faded and we were together again.  That week together was so much fun and we had the chance to go out to dinner and go see movies like a normal couple.  I introduced him to some of my friends and for that week, we could pretend that this would be our life if we lived in the same place.  Unfortunately the week flew by,  but that week gave us the opportunity to truly realize that we wanted to make this work.

Since then we’ve met up in Guam…  Although that trip definitely was not how I imagined the trip would go! 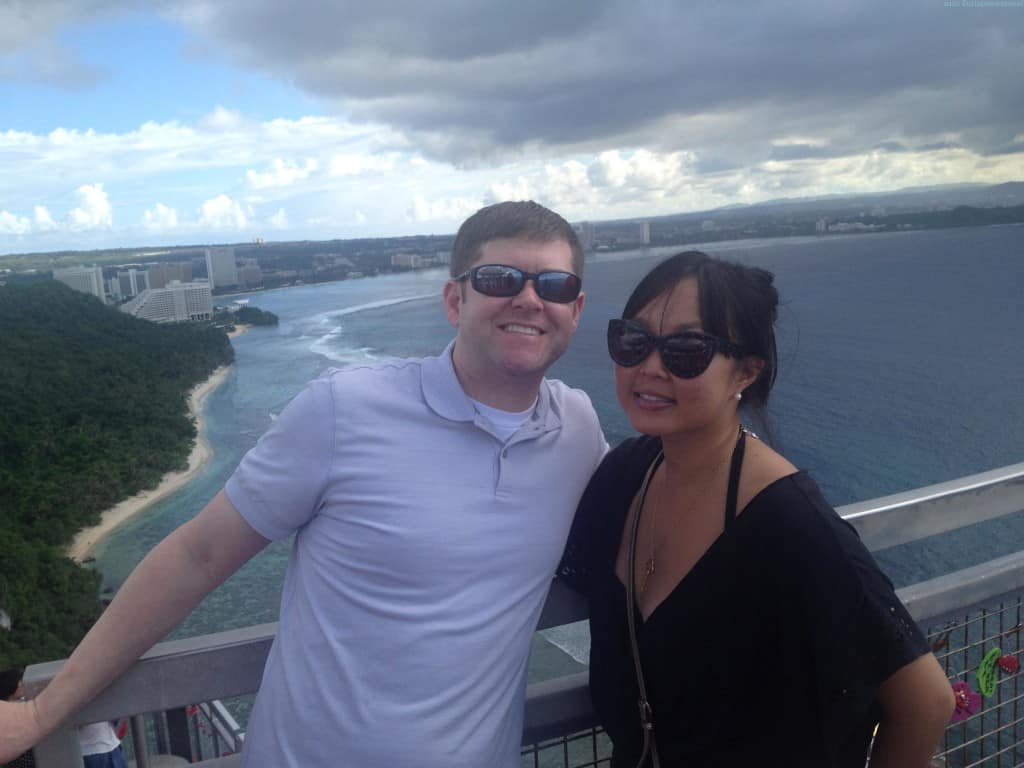 And then another long two and a half months later, I went to Japan before heading back to the States for Christmas, and then back to Japan for another few days for New Year’s.  I also ended up back in Japan a few weeks later for my cousin’s wedding, so for a period of a month and a half, we got to see each other a few times.  That was great! 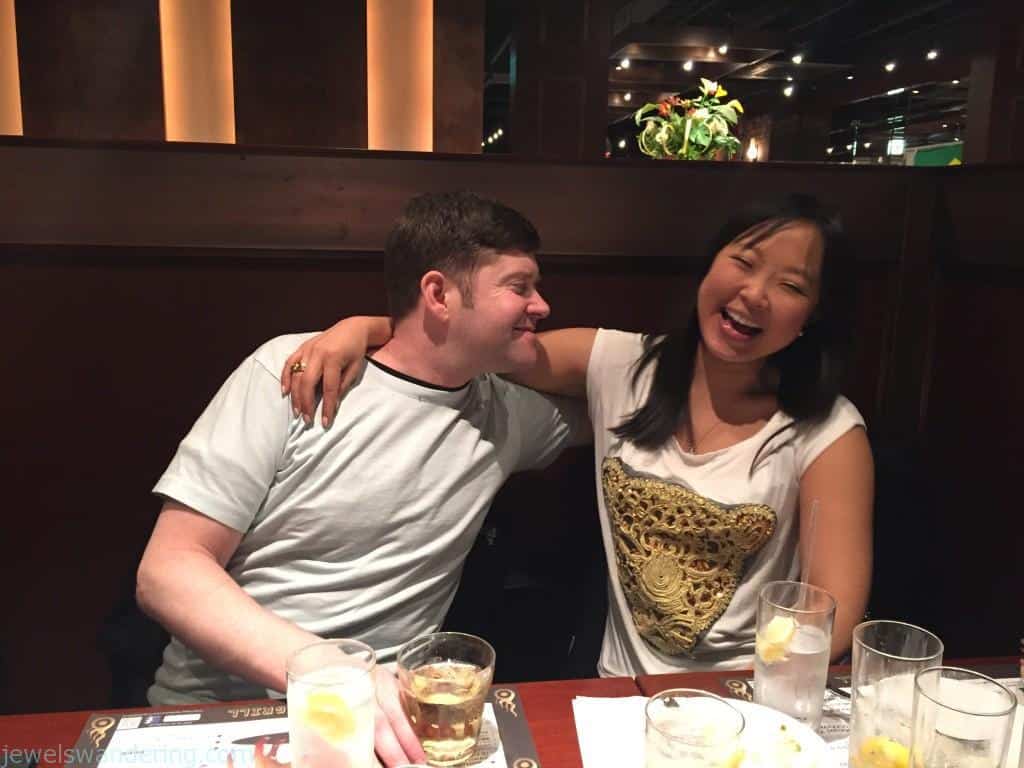 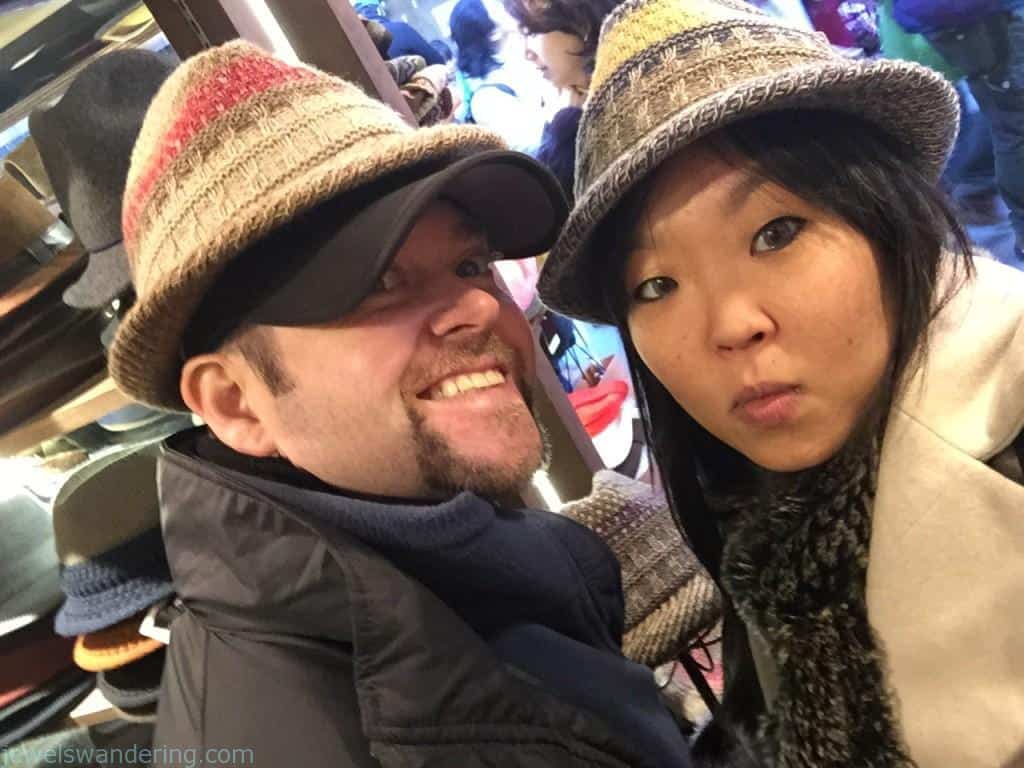 Trying out new looks.  We obviously got different memos We scrub up kinda good!

He told me later that he and Paul weren’t really good buddies, but Paul had insisted he come down that night despite B’s protest.  So he did and well, I’m really glad he did!  And lastly, we had Mauritius. 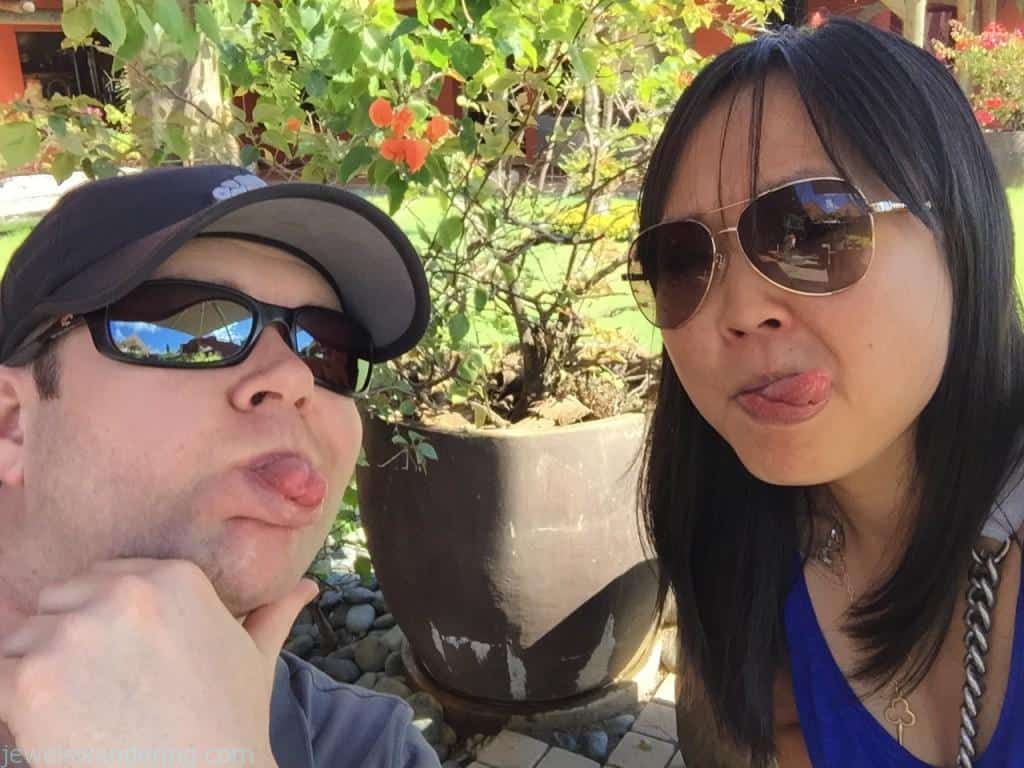 Trying to be serious

Happy one year, B! Here’s to many, many more – hopefully by your side and not from an ocean away!  Can’t wait to see how the rest of our story pans out! <3