I know, it’s not The Weezer, it’s just Weezer.  But I had to laugh because last night I was at their concert and at one point, they read out some Facebook postings and someone had written: The Weezer are in Singapore! Or something along those lines.  Hehe 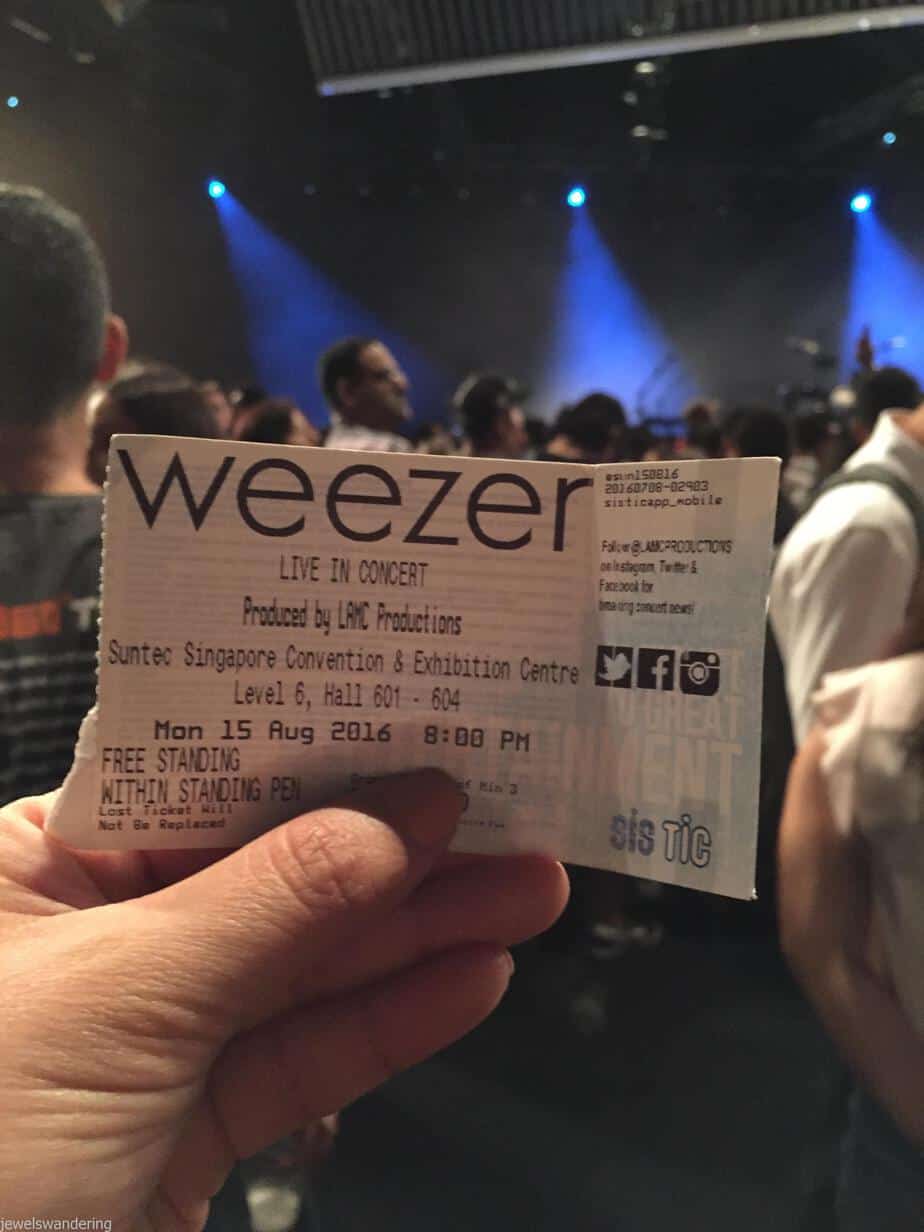 But what a blast from the past!! That has definitely got to be the most used sentence in the last few days in my world when I was telling people I was going to see Weezer.  And hold up, you do know who they are, right? Or am I totally aging myself right now?! Moving on… 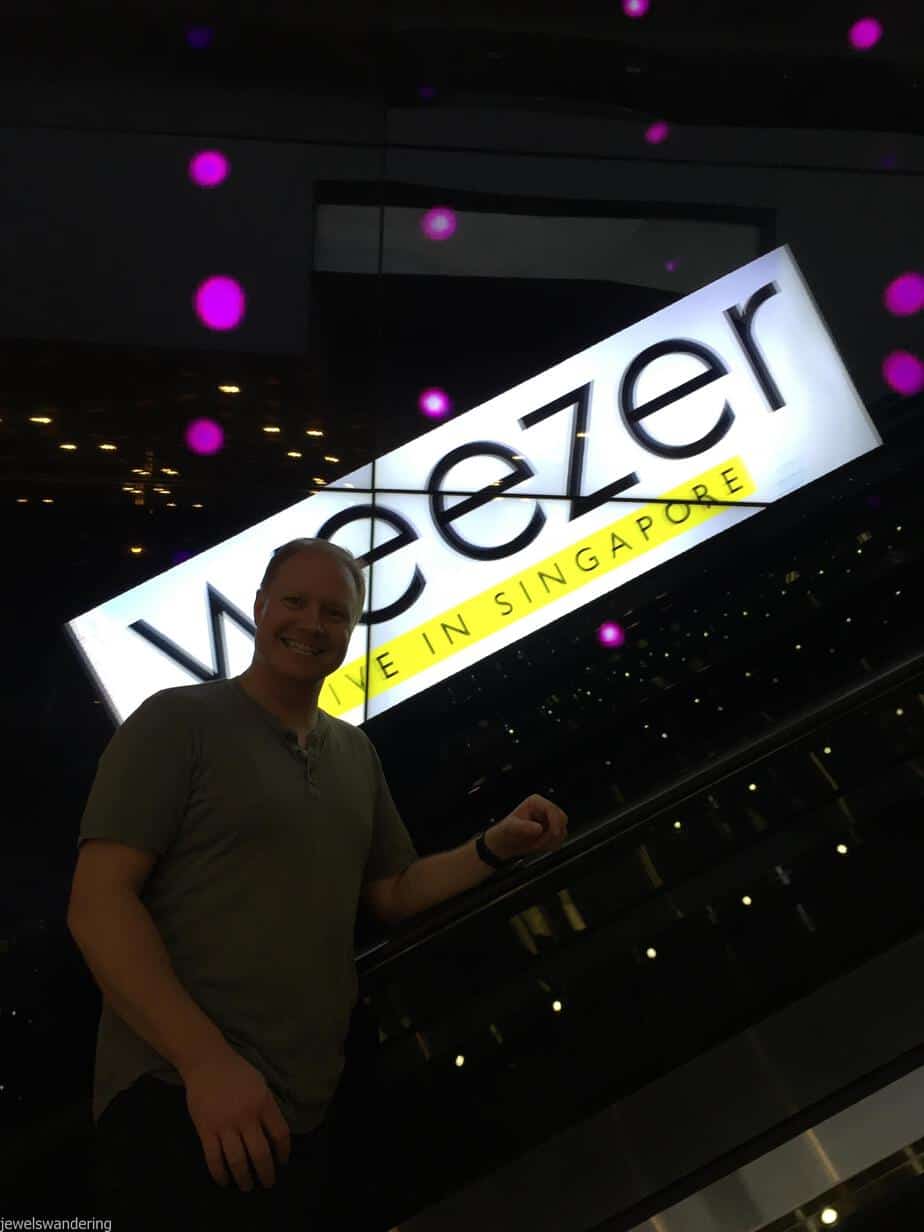 It was actually a really fun night and today I am totally paying the price.  Oh my god, my bed beckons but I do have a networking event to attend before I am allowed to crawl in to bed. But let’s get back to the point of this post, shall we?

I had never been to a Weezer concert and when I heard they were going to be in town, I said, Yes, Please! So plans were made and tickets were bought.  And we waited in anticipation and last night it happened. 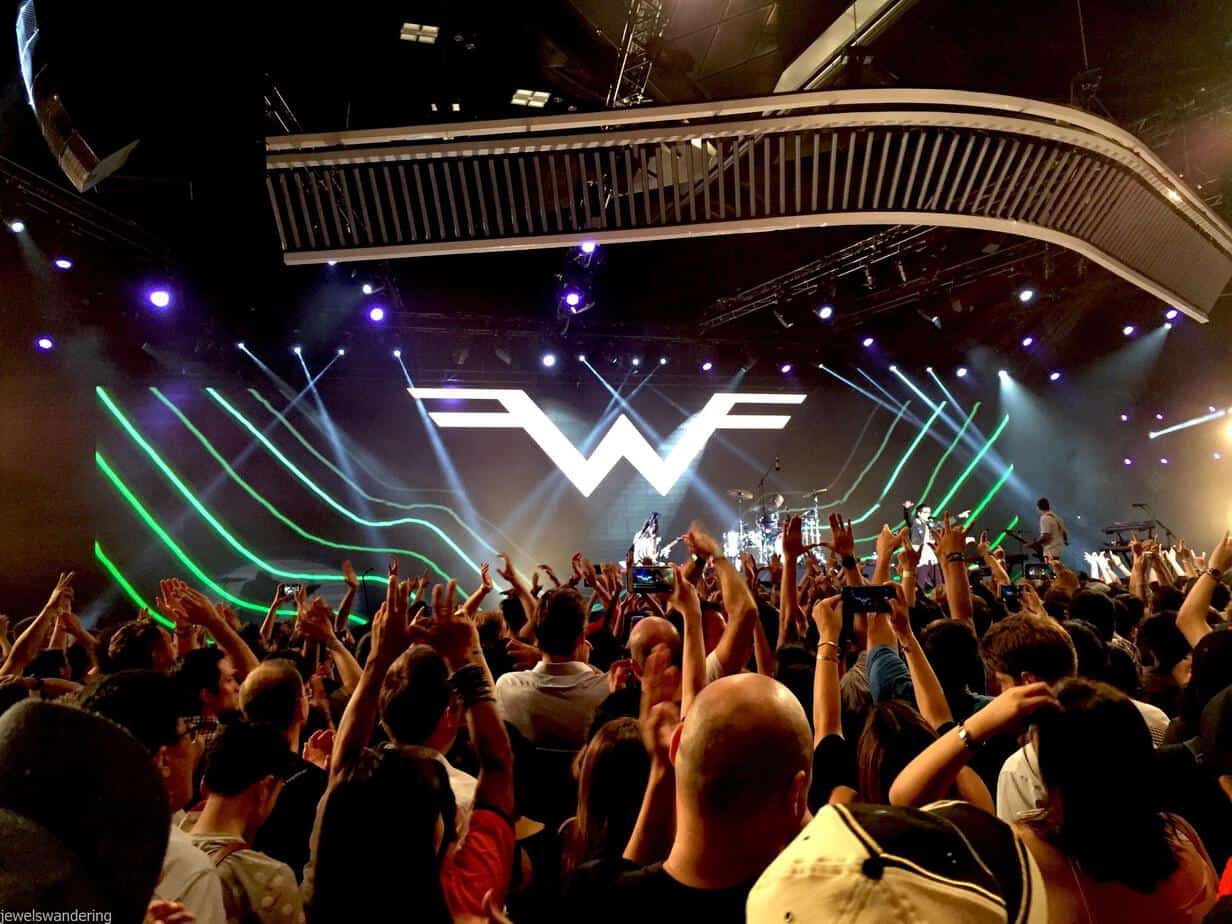 Do you like Weezer? Would you have been going crazy with me when they played “My Name is Jonas”? Or “The Sweater Song”? Or “El Scorcho”? I totally lost it when they played “Say It Ain’t So” as well.  I mean, the Blue Album and Pinkerton are classics; stuff that I grew up to and was played on repeat back in the days. See, blast from the past…

Or are you more into their new stuff?

Would you have jumped around to “Island in the Sun” or “Hash Pipe”? Or from their latest “White Album” where they played “King of the World”, “California Kids” or “Thank God for Girls”?

When they played Thank God for Girls, they had famous women coming up as visuals.  I think it’s safe to say that the expats and even the Singaporeans are pro-Michelle Obama.  The crowd went wild, it was quite the political statement! 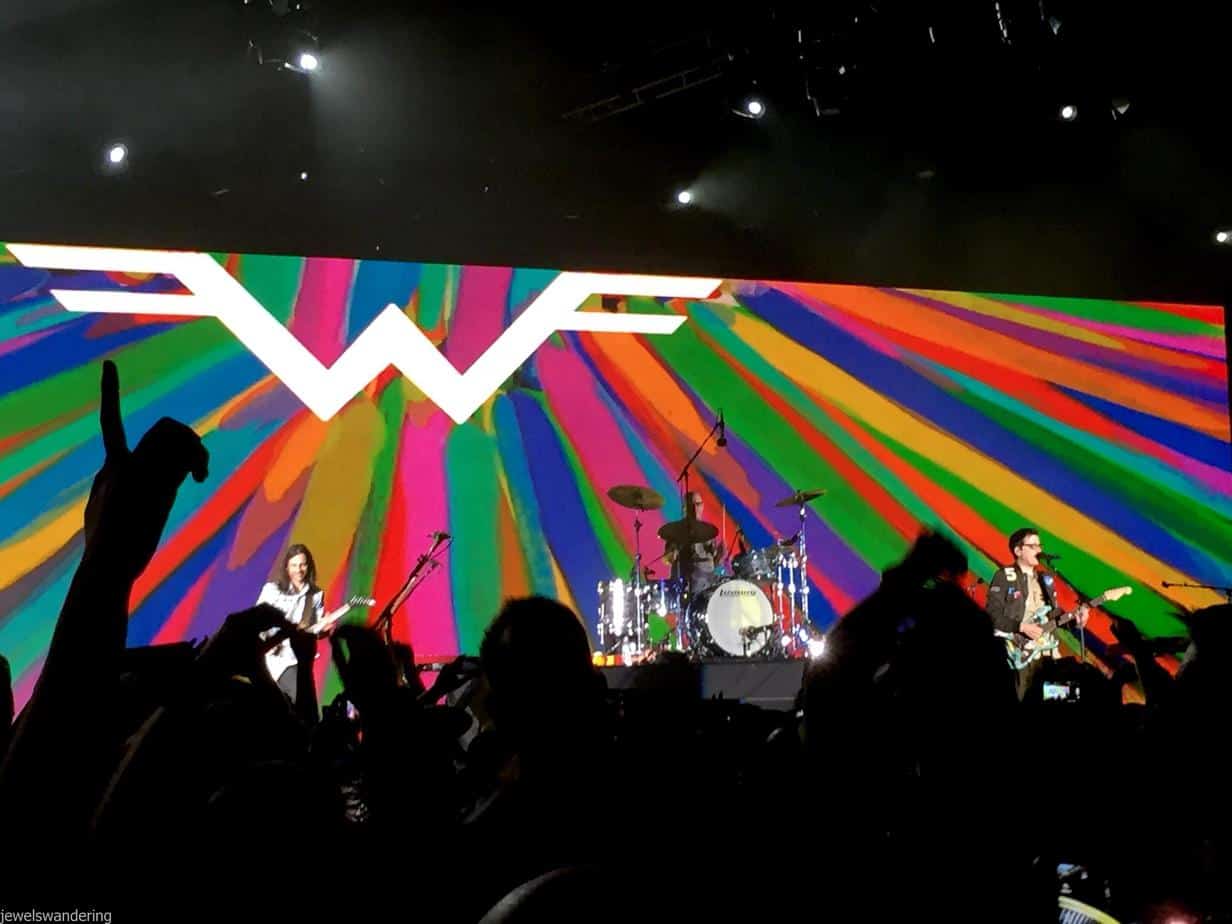 Considering this was a concert in Singapore, I was chuffed to see the crowd really into the show.  Granted I haven’t been to many concerts here, but when “older” acts come by, it’s unfortunately not a sold out show and a lot of people buy seated tickets. I mean, why go to a concert to sit?!?! I don’t get it.  But anyway, last night, the majority of the crowd were definitely standing and we all had a ball dancing like maniacs.  I definitely did and I didn’t care who saw  me. 😉 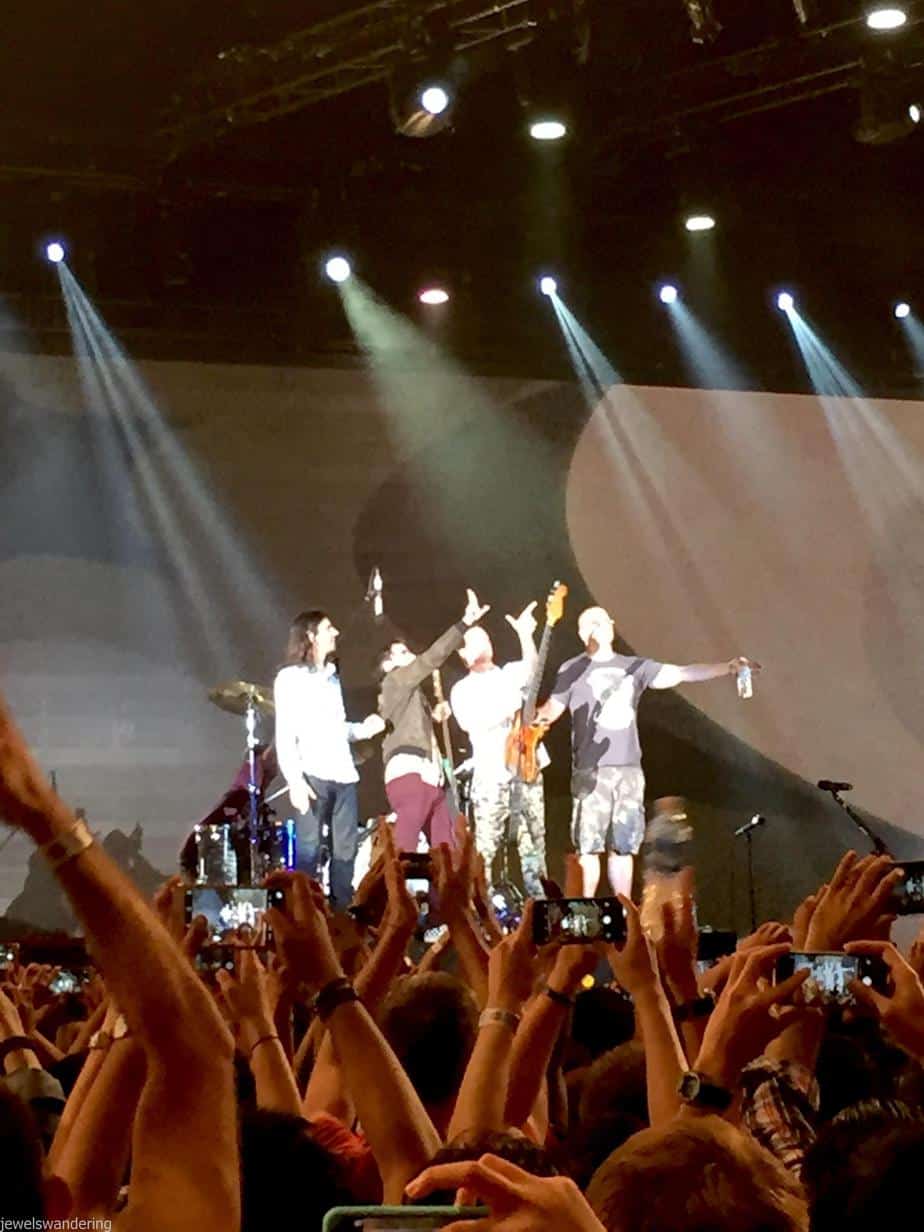 They closed the show with “Buddy Holly.” We all went wild.  It was perfection.

What’s your favorite Weezer song?  Have you seen them in concert? Let me know in the comments!

Would You Rather – Travel Edition